The University of Central Missouri hosts and employees a wealth of international faculty and scholars.  The following list provides a sampling of the variety of talented scholars enriching the campus with their global perspectives: 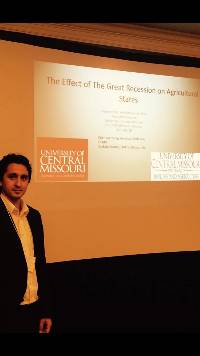 Dr. Anil Giri joined University of Central Missouri in 2015 as an assistant professor of agribusiness management at the department of biology and agriculture. Dr. Giri came to the United States in 2007 and started his studies at University of North Alabama. After a semester of studies he transferred to Northwest- Shoals Community College and earned his Associates Degree. In order to complete his undergraduate degree he transferred to Oregon State University and earned his BS degree in Agribusiness Management with a minor in business. To further his education he then started his graduate school at University of Nebraska-Lincoln from where he earned his MS in agricultural economics with a minor in statistics. After completion of his education he briefly worked as an analyst for Smart-chicken and then as a statistical analyst for the state of Nebraska's Health and Human Services.

Dr. Giri's research interests are on applied microeconomics issues and he has authored several papers, written grants with international scientists as well as UCM colleagues. He has also presented his papers at  several international conferences- Water for Food, Annual World Bank Conference on Land and Poverty,  Canadian Economic Conference, Agricultural & Applied Economics Association Annual Meeting, Association for University Business and Economic Research, and Mid Continental Regional Science Association Conference. Most recently he was part of a group of international researchers who wrote and submitted a whitepaper on "ECONOMICS OF TRANSPORTATION RESEARCH NEEDS FOR RURAL ELDERLY AND TRANSPORTATION DISADVANTAGED POPULATIONS".

Dr. Henry Kiragu Wambuii is a tenured Professor of Political Science. He received his B.A. from the University of Nairobi, Kenya, his Masters degree in International Development Administration (MDA) and his Ph.D. in Political Science from Western Michigan University.

Areas of expertise are International Development, Civil Society, and Democratization in the developing world. Recent research has focused on public policy in developing countries, with a special focus on the issues surrounding the HIV/AIDS pandemic and democratization in sub-Saharan Africa.

Other research interest is on poverty alleviation. His publications include a book titled: The Politics of HIV/AIDS and Implications for Democracy in Kenya (2006), a book chapter entitled For the Sake of Children: Community Based projects in Kenya in The Children of Africa Confront AIDS (2003) and several journal articles published among others in the African Studies Review, Journal of Third World Studies and in the International Journal of Ecology and Development. Dr. Wambuii has also authored several articles published in the International Encyclopedia of Political Science (2010). He has also attended various international conferences including conferences in Kenya, Tunisia, Spain, Greece and across the United States. 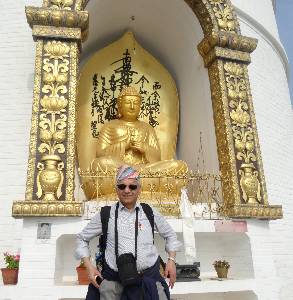 Dr. Keshav Bhattarai, Professor of Geography, is one of the International Scholars. He teaches various geography courses within the School of Environmental, Physical, and Applied Science.

Dr. Bhattarai says that research has been a serious challenge in a teaching university where teaching load takes most of the research time. However, he believes that effective teaching is possible only with serious research; thus, he is always in favor of implementing a teacher scholar model at UCM.  He argues that the implementation of this model will motivate every teaching faculty member to seriously engage in research and publications. 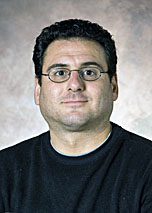 Dr. Archimidis (Akis) Kalaitzidis is professor of political science in the Department of  Government, International studies and Languages where he teaches International Relations, European Politics, US Foreign Policy and International Organizations.

He is the author of among others US Foreign Policy: A  Documentary and Reference Guide with Dr. Streich and Europe’s Greece: A Giant in the Making. He was UCM’s resident Director of Missouri Greece (Athens, Spring 2013) and Missouri Ghana (Accra, Fall 2011) programs. He also conducts a study abroad tour in Havana, Cuba. 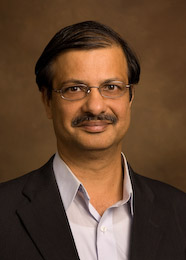 Dr. Someswar Kesh is the chair of the department of the Computer Information Systems and Analytics and Professor of Computer Information Systems.  He grew up in Durgapur, India and completed his engineering undergraduate degree in Indian Institute of Technology (Indian School of Mines), Dhanbad, India.  After that he came to the U.S. to pursue higher studies and completed his M.B.A. from Virginia Polytechnic Institute and State University (Virginia Tech).  Subsequently, he completed his Ph.D. from University of Texas at Arlington.

Dr. Kesh's Ph.D. dissertation was on developing applications using machine learning techniques like model based and qualitative reasoning in the financial industry.  He currently teaches courses on Systems Administration and Security, Systems Architecture, and Database Management Systems.  His current research involves the application of machine learning techniques to IT security.