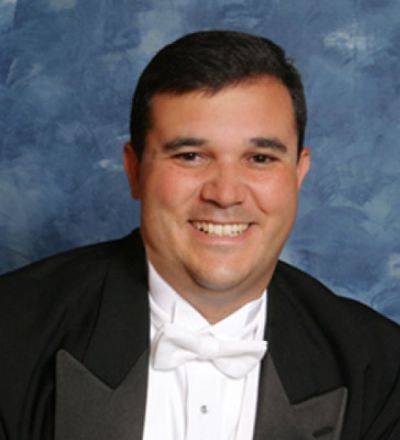 Dr. Anthony Pursell is Director of Bands at UCM, where he directs the Wind Ensemble, Chamber Winds and Marching Band. He teaches graduate and undergraduate courses in music education, including conducting and wind-band literature. A native of New Orleans, Louisiana, Dr. Pursell was a high school band director for six years before moving to Indiana, where he served as a graduate assistant at Ball State University. Afterwards, he served a one-year appointment as Assistant Director of Athletic Bands at Northern Illinois University. In 2005 he was named the Assistant Director of Bands at Kansas State University, where he assisted with the marching band and directed the athletic pep bands for volleyball and basketball. He was conductor for the Concert Band and taught graduate and undergraduate classes in Marching Band Techniques, Instrumental Conducting, and Arranging. Under his direction, the Kansas State Concert Band was invited to perform at the 2007 and 2009 Kansas Music Educators Association (KMEA) state convention in Wichita, Kansas. In 2010 he was appointed Director of Bands at Tarleton State University (Stephenville, Texas). During his tenure the band program experienced tremendous growth and performance opportunities, including the marching band's performance in the 2014 Thanksgiving Day Parade in Chicago, the Wind Ensemble’s performance in Carnegie Hall, and an invitation to perform in the 2018 Australian International Band Festival at the world-renowned Sydney Opera House.

He holds a D.A. in Instrumental Conducting and Music Education from Ball State University, and an M.M.E. and B.M.E. from Loyola University (New Orleans). Dr. Pursell has participated in conducting clinics with such notable conductors as Eugene Corporon, H. Robert Reynolds, Jack Stamp, Dennis Fisher and James Ogle and has conducted concerts throughout the United States and the South Pacific (Auckland, New Zealand; Sydney, Australia). He serves as an adjudicator, conductor and clinician and is in demand as a halftime show writer, arranger, conductor and clinician for marching bands, concert bands and jazz bands throughout the United States. He served as the National Band Mentor for the National Association of Music Education's Mentoring Project and has given clinics and sessions at the Midwest International Band and Orchestra Clinic and at several state and regional conferences including Kansas, Missouri, Indiana, Illinois, Ohio, Louisiana and Texas on a wide variety of topics related to wind band education. He has contributed to GIA's Teaching Music Through Performance in Band and has had articles published in The Instrumentalist, The Journal of Band Research, and The Southwest Musician (Texas). His book, Improving Music Sight Reading: An Iconic-Based Approach to Teaching Rhythm, is published by VDM Verlag Dr. Müller Aktiengesellschaft & Co. KG (Saarbrücken, Germany).

Dr. Pursell's professional affiliations include the College Band Directors National Association, Phi Mu Alpha Sinfonia and Phi Beta Mu. He holds honorary memberships in Kappa Kappa Psi and Tau Beta Sigma. In 2012 he was named contributing editor for The Instrumentalist Magazine and was appointed in 2018 as the massed band director for the Military Bowl in Washington, D.C.