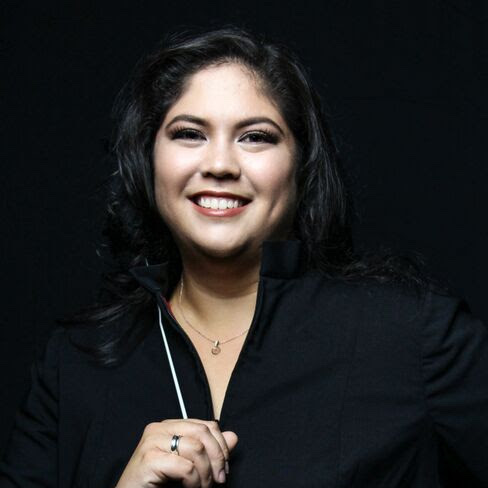 Dr. Julia Baumanis is a graduate of The Florida State University College of Music, where she received her Bachelor of Instrumental Music Education, her Master’s Degree in Instrumental Conducting, and her Ph.D. in Music Education and Instrumental Conducting. Prior to graduate school, she taught public school in South Florida as the Associate Director of Bands and Orchestras at J.P. Taravella High School, and the Director of Orchestras at Ramblewood Middle School.

An active performer, educator and researcher, Dr. Baumanis has presented her research nationally. Most recently, she was selected to present at the College Band Directors National Association Conference on her research, Conducting Legato: The Effect of Audio and Visual Feedback on Conductor Training, A Pilot Study, where she developed a conductor’s baton that records data collected from the conductor’s expressive gestures. She hopes to implement this technology in the conducting classroom as a technological tool to assist beginning conductors in developing their craft.

An advocate for new music, she participates in performing new works for the wind band and chamber winds medium, including The Still Life of Mrs. Chair Waiting for Her Subway Train, by Stephen Vincent Casellas, a brass fanfare premiered in 2019, conducted by Dr. Baumanis. She is a member of Tau Beta Sigma, an Honorary Member of Kappa Kappa Psi, and a member of Phi Kappa Lambda, all professional organizations that stand for service and excellence in the field of music.