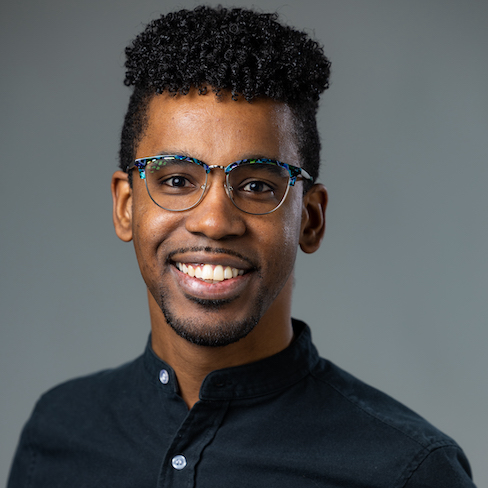 Mark Bonner, Jr. is a music educator, composer, and clinician from Memphis, TN, who serves as the Assistant Director of Bands and Director of Athletic Bands at the University of Central Missouri after finishing a Doctor of Musical Arts degree in Wind Conducting at the UMKC Conservatory with Prof. Steven D. Davis. Mark is an active music arranger for high school and university programs across the country, with arrangements still being performed throughout the United States. He was recently a part of a collaboration for the LSU marching band show entitled “Binge-Watch,” which received national recognition on ESPN and by cast members of “The Office.” Mark has recently commissioned and premiered works by Thomas Odenheimer and Leigh Anne Robichaux, as well as his own transcriptions for wind and chamber ensembles.

Mark holds a Master of Music degree in Wind Conducting from Louisiana State University, where he studied conducting with Damon Talley and Dennis Llinas and euphonium with Joseph Skillen. As a member of the LSU Band Staff, Mark assisted with and performed in the LSU Wind Ensemble during their 2019 CBDNA tour. Mark also had the responsibility of guest conducting on concerts presented by the LSU Wind Ensemble, Symphonic Winds, and Symphonic Band. The elite athletic band programs allowed Mark the opportunity to arrange for and work with the Bengal Brass Pep Band and the Sudler- winning Golden Band from Tigerland. Mark also regularly performed with the LSU Brass Band, Tuba- Euphonium Ensemble, and the Four-Guys Tuba Quartet.

Before attending LSU, Mark was the Director of Bands at Cordova High School and Cordova Middle School in Cordova, TN, where he grew the band from 40 members to 220 and guided the program in receiving superior ratings at all concert, marching, and jazz festivals. Mark served as a clinician, music arranger, and musician in the Memphis area as a member of Big Band Swing, Mt. Moriah East Gospel Choir, and the Memphis Wind Symphony on trumpet, trombone, and euphonium, respectively.

Mark earned his Bachelor’s of Music in Music Education at the University of Memphis, where he studied euphonium under Dr. Kevin Sanders and music education under Dr. Albert Nguyen and Dr. Armand Hall. While attending the University of Memphis, Mark was drum major, trombone section leader, euphonium section leader, and a student arranger for the Mighty Sound of the South Marching Band. Mark served as Vice President and a Founding Member of the Theta Lambda Chapter of Kappa Kappa Psi and Fraternal Education Officer of the Theta Rho Chapter of Phi Mu Alpha Sinfonia. Mark was a member of the Bottomline Tuba Ensemble as a euphonium soloist and music arranger on multiple CDs released on Spotify and iTunes. Mark was also a member of the “iTuba” Quartet, which competed as finalists for the International ITEA Chamber Ensemble Competition in 2012 and 2013. Mark holds membership in the National Association for Music Education, Tennessee Music Education Association, West TN School Band and Orchestra Association, Kappa Kappa Psi, Phi Mu Alpha Sinfonia, and Tau Beta Nu.