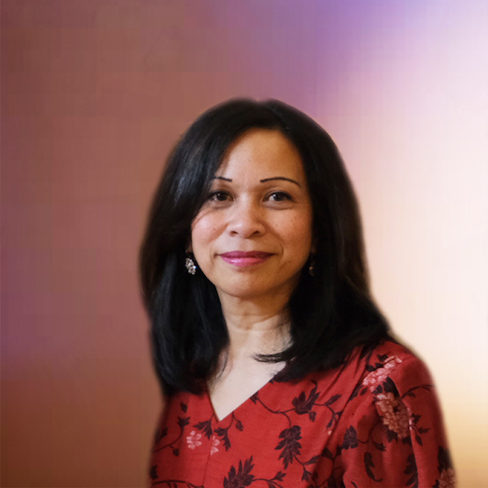 Stella Dayrit Roden, Professor of Music, teaches Applied Voice, Diction, and Vocal Pedagogy at UCM. She has performed as a featured soloist with the Hartford Symphony Orchestra, New Britain Symphony and The Connecticut Virtuosi, and as a soprano soloist in numerous choral societies. As Resident Artist with the Wichita Grand Opera, she performed the role of Cio-Cio San’s Cousin in Puccini's Madama Butterfly and served as a member of the opera chorus for the 2011 season. Other notable roles include Violetta Valery in Verdi’s La Traviata, Pamina in Mozart’s Die Zauberflöte, and Marguerite in Gounod’s Faust. Dr. Roden has concertized several times in Florence, Italy, and collaborated recently with artists from across the globe in the Barcelona Festival of Song, as well as at the acclaimed SongFest Summer Institute, Professional Division, at the Colburn School in Los Angeles, California.

Dr. Roden received her D.M.A. from the University of Connecticut, M.M. in Vocal Performance from New England Conservatory and B.M.E. from James Madison University.  She has won numerous first prizes from the National Association of Teachers of Singing (NATS) competitions at the Virginia State, Mid-Atlantic Region, and Connecticut State Levels. Dr. Roden has also been a finalist at the Connecticut Opera Guild, the Austin Lyric Young Artist's Competition, and the NATSAA New England Regional Division Competition. In Dec. 2016 she received second place in The American Prize, Friedrich and Virginia Schorr Memorial Award, Women in Art Song, Professional Division, and was named a National Finalist for the 2019 installment of the same competition.