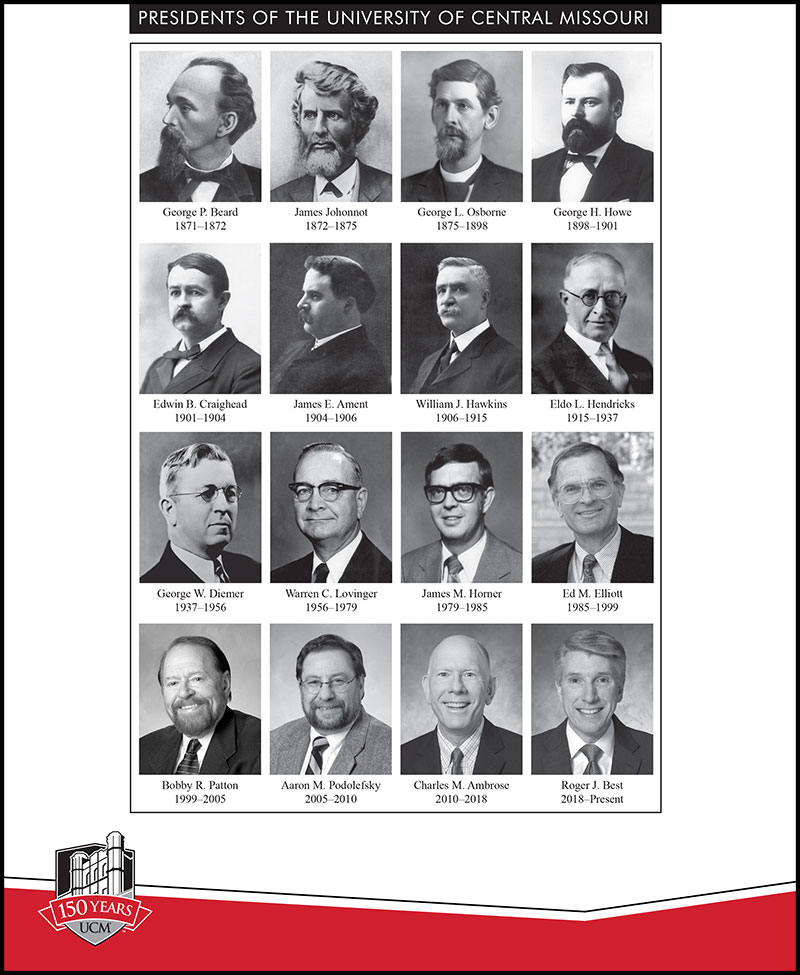 WARRENSBURG, MO – When the University of Central Missouri celebrates the inauguration of Roger J. Best, Ph.D., Thursday, April 18, faculty, staff, students and alumni will observe an important historic event. Best becomes the 16th president since the university’s founding in 1871.

Best continues a long tradition of campus leaders who have impacted higher education in the state of Missouri dating back to the university’s days as the State Normal School for the Second Normal District. He was named to the president’s post in November 2018, and in keeping with tradition, he will be inaugurated in a ceremony at 1 p.m. April 18 in the Multipurpose Building. It will be conducted with the theme of “Milestones,” commemorating the university’s rich history of educating students.

UCM’s new leader is a Georgia native who was the first member of his family to blaze the higher education trail. As president, he has achieved a milestone in his own life that is rare at UCM, having begun his career as an assistant professor of finance and climbed the professional ranks to be appointed to the institution’s highest office.

As the university nears its 150th anniversary in 2021, UCM recognizes the outstanding legacy of campus leaders who helped shape this campus into a major comprehensive university that today serves students from all over the world.  Utilizing information provided in archival resources, the following is a list of university presidents who preceded Best and a few biographical details about these campus leaders. 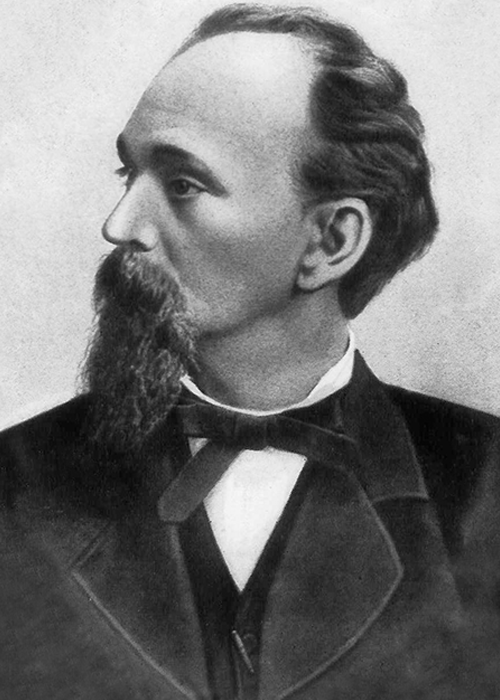 The first president, or rather principal, of the State Normal School was George Petrie Beard. He was a 37-year-old Vermont native, who operated his own “Central Normal School” in Sedalia, Missouri, prior to coming to Warrensburg. Beard was an honor graduate of the University of Vermont. 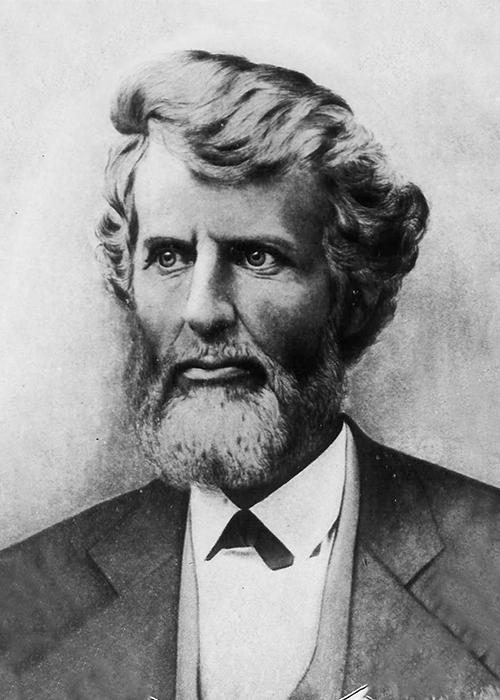 The institution’s second principal was James Johonnot, an educator from Vermont. A graduate of Albany, New York, Normal School, Johonnot served as the director of normal schools for the state of New York and was a well-known lecturer on the natural sciences and pedagogy. He also served as superintendent of schools in Joliett, Illinois. Not long after hiring Johonnot, the Board of Regents (now Board of Governors) changed his title from principal to president. 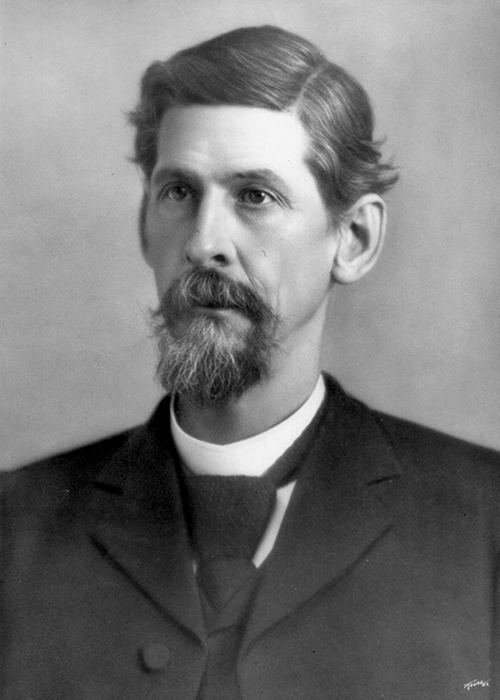 Normal No. 2’s third chief executive officer was George L. Osborne, a 40-year-old Pennsylvanian. He came to Warrensburg after serving as superintendent of schools in Louisiana, Missouri. Osborne died while president, after serving the institution for 23 years. 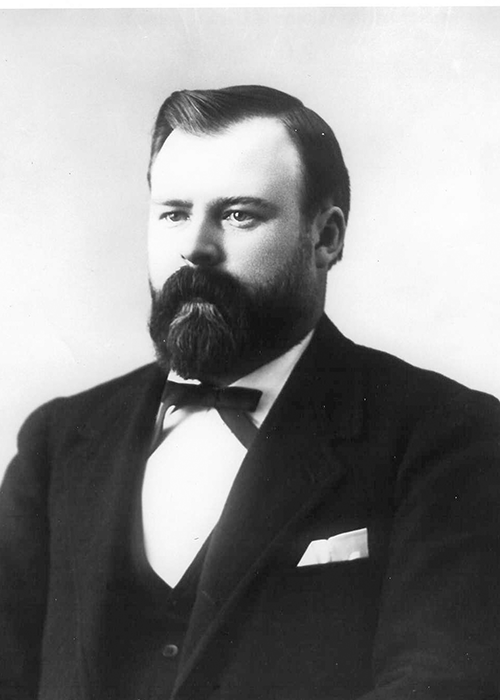 As George L. Osborne’s vice president, George Henry Howe served as interim president of the Normal School following Osborne’s death in 1898 but was not officially named to the post until 1899. The Pennsylvanian was a graduate of New York’s Oswego Normal and studied at Cornell and Illinois Wesleyan. He was a mathematician, and taught public school in New York, Pennsylvania and Alabama before coming to Normal No. 2 in 1887. 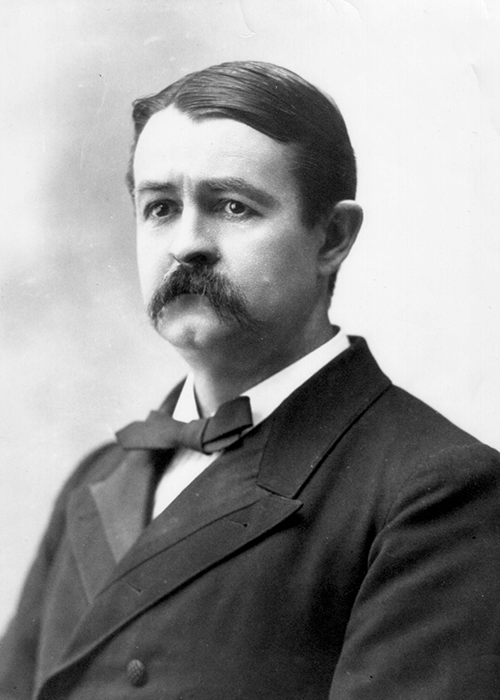 The school’s first native Missourian president, Edwin Boone Craighead served as president of his alma mater Central College in Fayette, Missouri, before coming to Warrensburg. He was an honor graduate of Central College and studied in Leipzig and Paris. At age 32, while teaching Greek at Wofford College in South Carolina, he was chosen as president of Clemson University. After serving four years at Clemson, he left in 1897 and returned to Missouri. 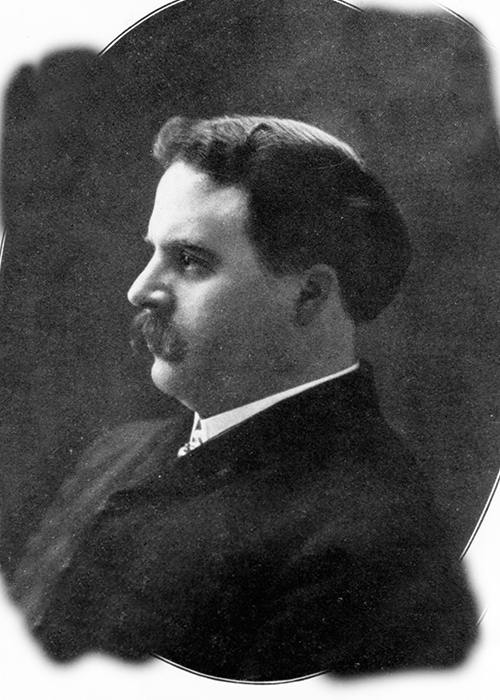 Born in Illinois, James E. Ament came to Warrensburg directly from graduate study at the University of Michigan, and had served as head of the Northwestern Territorial Normal in Alva, Oklahoma. An alumnus of the Illinois State Normal University, Ament served as a country school teacher and city superintendent. The educator taught no classes while at Normal No. 2, and started a precedent which would be followed by most of his successors. 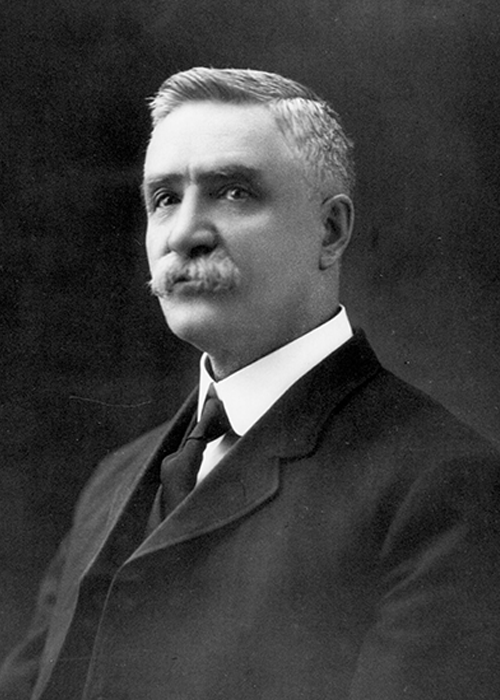 The Normal’s seventh chief executive officer was William J. Hawkins, a native Missourian and alumnus of Missouri Valley College. He headed Greenfield’s Ozark College prior to coming to Warrensburg. Hawkins was also the superintendent of the Nevada School System and a grade school principal in St. Louis. 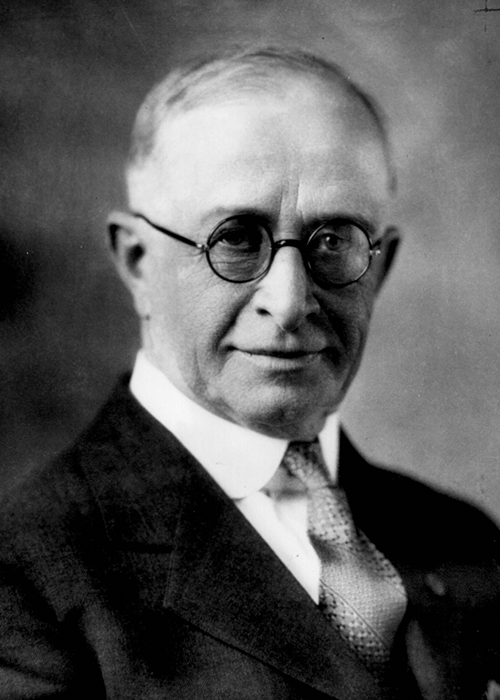 Eldo L. Hendricks was an educator from Indiana who held degrees from Franklin College and Indiana University. He was serving as head of Normal No. 2’s History Department when he was named president by the institution’s governing board. After 22 years of service, he resigned due to deteriorating health. The Normal School was renamed Central Missouri State Teachers College (CMSTC) during his tenure.

A Kansas native, George Willis Diemer was chosen as Central Missouri’s ninth president. Diemer served as the head of Kansas City’s municipal teachers college and as superintendent for Laclede, Brunswick and Excelsior Springs school districts. He was a graduate of Normal No. 2 and received his master’s degree from Columbia University in New York. Due to failing health, Diemer resigned after 19 years of service. The institution was renamed Central Missouri State College (CMSC) while he served as president. 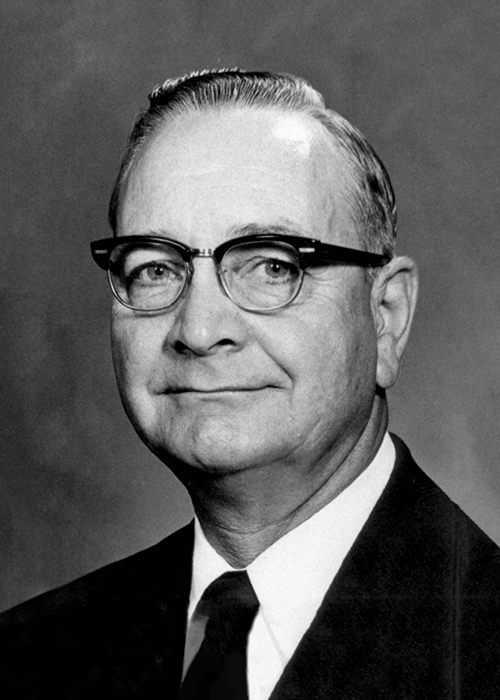 Warren C. Lovinger was just finishing his fifth year as president of Northern State Teachers College in Aberdeen, South Dakota, when he was hired as 10th chief executive officer at CMSC. The 40-year-old Montana native attended teachers college in Dillon, Montana, and taught in Monarch and Missoula. He received his bachelor’s and master’s degrees from the University of Montana-Missoula. Lovinger served in the U.S. Navy during World War II and, following the war, finished his doctorate at Columbia University’s Teacher College. Along with his presidency in South Dakota, he served as a general education and accreditation consultant. Lovinger retired from the institution after 23 years of service. Central Missouri State College became Central Missouri State University (CMSU) during his tenure. 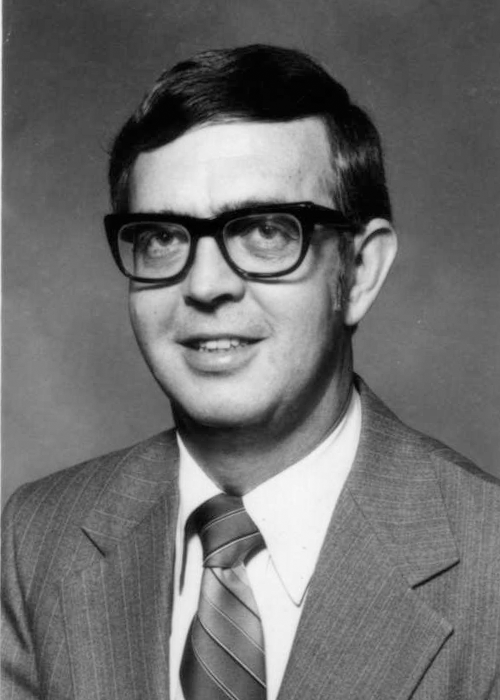 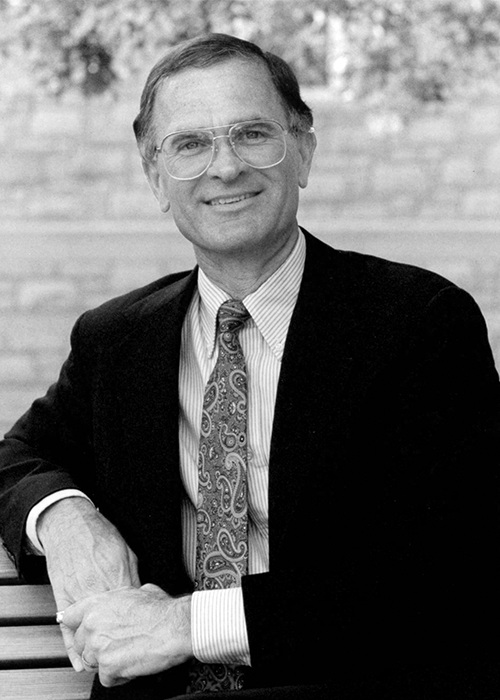 A Missouri native, Ed M. Elliott served as president of Wayne State College in Wayne, Nebraska, for three years prior to coming to CMSU in 1985. He joined Wayne State in 1971 as direct of of graduate studies, and previously served as a teacher and coach at Harrisonville and Excelsior Springs, Missouri, high schools; taught at Trinity School and Queens College in New York; and was a coach and chair of the Health, Physical Education and Recreation Department at Missouri Valley College in Marshall, Missouri.  He studied at William Jewell College in Liberty, where he earned a bachelor’s degree, and earned his master’s degree from Columbia University in New York and his doctorate from the University of Northern Colorado. 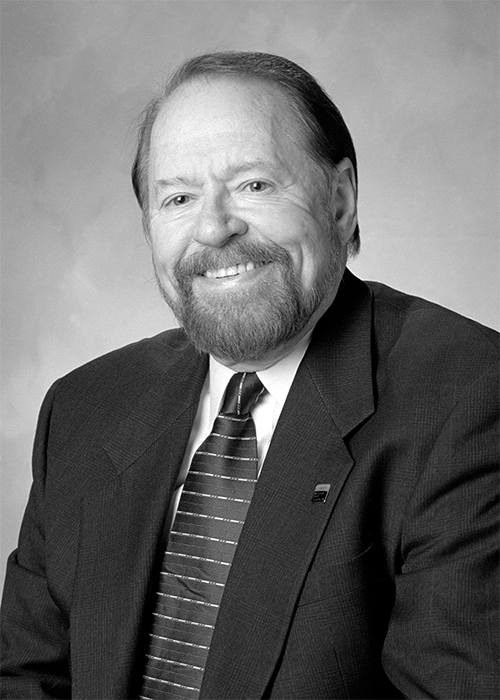 Bobby R. Patton joined CMSU with 32 years of experience in higher education as an administrator and educator. He became vice president for academic affairs at Wichita State University in Kansas in 1994, after previously serving as dean of the School of Arts and Letters at California State University, Los Angeles. Earlier in his career, Patton held positions at the University of Kansas, Lawrence, where he chaired the division of communication and theatre, and served as chair, associate chair and acting chair of the Department of Speech and Drama.  He earned his doctorate and master’s degree in speech and drama at KU, and his bachelor’s degree in speech, theatre and English at Texas Christian University, Fort Worth. 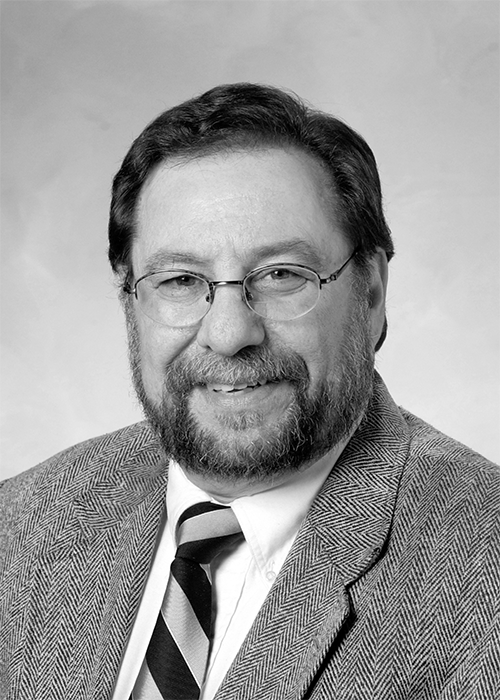 When Aaron M. Podolefsky came to the university as president, he also pursued his passion for teaching as a professor of anthropology. He had served since 1998 as provost and vice president for academic affairs at the University of Northern Iowa (UNI), Cedar Falls, and was previously dean of UNI’s College of Social and Behavioral Sciences, and head of Western Kentucky University’s Department of Sociology, Anthropology and Social Work. With aspirations to serve more students nationally and globally, CMSU changed its name to University of Central Missouri during his tenure. A prolific researcher, he wrote at least a dozen books and anthologies. He earned a bachelor’s degree at the University of San Jose, as well as two master’s degrees and a Ph.D. from the University of New York at Stony Brook. 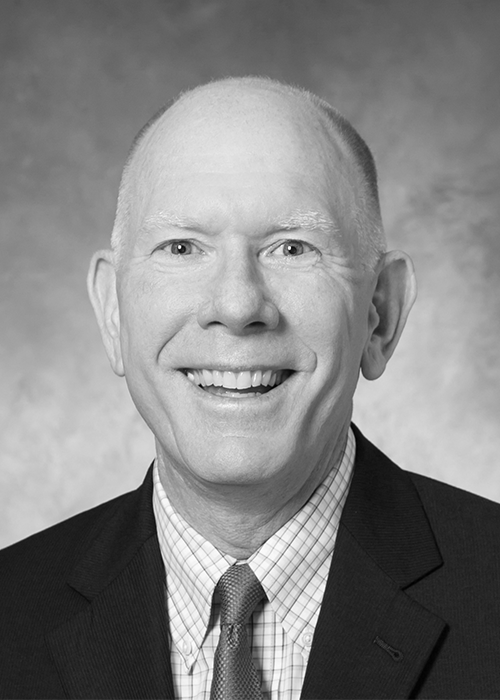 At the age of 36, Charles “Chuck” Ambrose became the youngest president in the history of Pfeiffer University in Misenheimer, N.C. He left that post after 12 years to join UCM, where his leadership included a joint venture with the Lee’s Summit R-7 School District to establish the Missouri Innovation Campus, the new site for UCM-Lee’s Summit. Ambrose served as vice president for advancement at Carson-Newman College; assistant to the chancellor for university advancement at Western Carolina State University; and executive assistant to the president of the American Association of State Colleges and Universities in Washington, D.C. He earned a bachelor’s degree from Furman University, a master’s degree from the University of Louisville, and a doctorate from the University of Georgia. 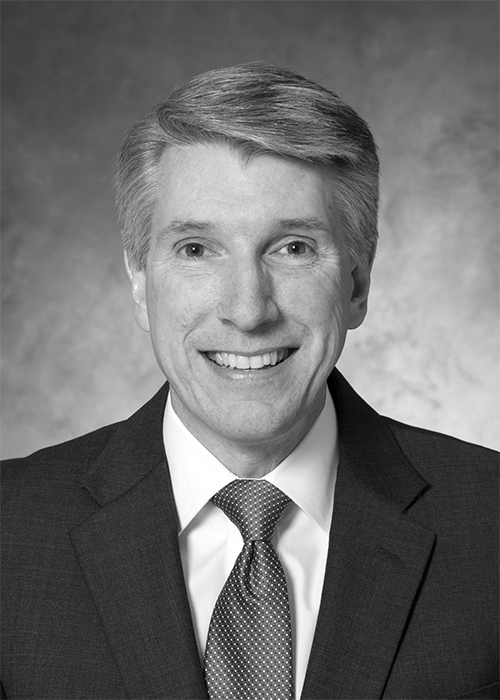 Roger J. Best, Ph.D., was named UCM’s 16th president on Nov. 5, 2018. He had served as interim president since Aug. 1 of the same year. Best joined UCM in August 1995 as an assistant professor of finance, and became a professor in 2005. He was named chair of the Department of Economics and Finance in 2003; associate dean of the Harmon College of Business Administration in 2008 and dean of the college in 2010. Following an extensive restructuring of academic programs, Best began service as dean of the newly formed Harmon College of Business and Professional Studies in 2011. His strong business acumen contributed to him becoming interim senior vice president for finance and administration in August 2017, and concurrent with a university administrative reorganization, he was appointed executive vice president and chief operating officer in January 2018. Best began his higher education at Georgia College in Milledgeville, where he earned a Bachelor of Business Administration with a major in management. Advanced study led to a Ph.D. in finance from Florida State University in Tallahassee.