Student Spotlight: Jo Riese Returns to UCM After Nearly 20 Years Away from College to Graduate With Honors 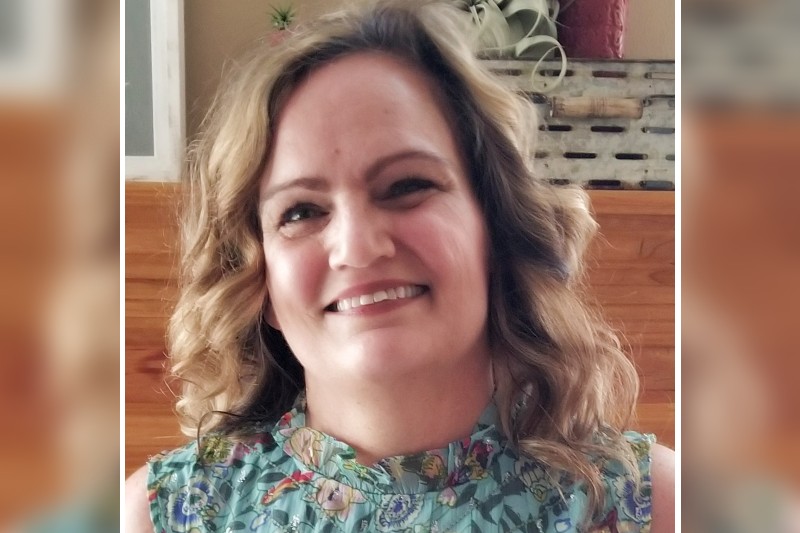 When Jo Riese began her college education in 1994 at the University of Central Missouri, she was on active duty with the US Air Force and the mother of a young child. She was close to completing her degree in 1997 when she made the decision to leave UCM to focus on her growing family which now consisted of three children including one with special needs.

“When I returned to UCM in 2016, I was a civilian employee on base, and all of my kids had graduated from high school,” she shared. “I had the time and determination to see it through. I completed the last two classes I needed, and planned on doing my Honors Project, but my body started failing me. In 2019, I was finally (after 20 years of pain) diagnosed with fibromyalgia. It sent my life into a tailspin.”

After this diagnosis, Riese was contacted by UCM staff members with good news. “They quickly surmised that I had the hours necessary to graduate without the Honors Project,” she said. “Since I'd never used any of the Honors Program benefits (I signed up because it was the only way, in 2001, for me to get those last few 4000 level hours), I was excused from completing the project due to all of the circumstances happening in my life.”

In May 2021, she received her bachelor’s degree in modern languages and culture - French. In addition, Riese’s oldest daughter graduated from UCM in 2015 with her youngest currently enrolled.

The non-traditional student also benefited from participating in UCM’s Degrees When Due, a national initiative of the Institute for Higher Education Policy, to help students who have some college credit to complete their degrees.

“I didn't know this program existed until the office reached out to me,” Riese said. “Within three days of back and forth emails, they told me I was a candidate for my degree. I think I walked on air for a month! They did all the work, I simply filled in a few pieces of the puzzle, then showed up on Mother's Day to walk across that stage.”

Riese said she was never a traditional student as a mother with three children while also serving in the Air Force reserves. During her years at UCM, she did manage to make time for French and Spanish Clubs and participated in the McNair Program.

As a young woman, Riese said she joined the Air Force to pay for college after growing up in poverty and watching her older sister face the challenges of taking a full class load while working full time.

“Education has always been important to me,” she said. “Material items can be taken from you, but the important things -- education, integrity, etc. -- are locked safely away. Even though I may never use my degree as planned (I'd hoped to earn my doctorate and become a professor), I earned it and I have it. Nobody... not a thing, can take that from me. Life is about the journey, not the destination.”