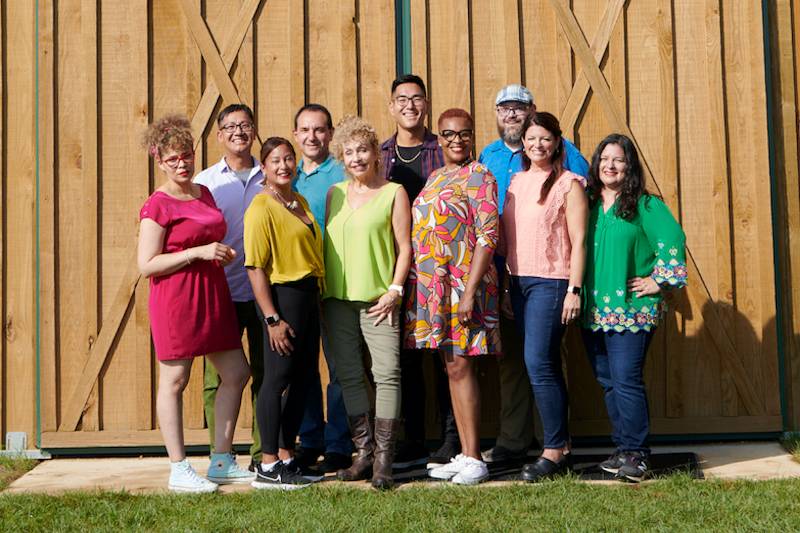 Ten cooks from different parts of the United States will showcase their culinary skills in the PBS program “The Great American Recipe,” an eight-part series that begins airing on Fridays on KMOS-TV, with the first showing on June 24.  (PBS Photo)

WARRENSBURG, MO – “The Great American Recipe” is a competition that welcomes home chefs from across the nation as they showcase America’s diversity through regional cuisines. The program airs 8-9 p.m. (CST) Fridays, beginning July 24 on KMOS PBS, the University of Central Missouri’s public television station, and is hosted by Alejandra Ramos.

Each episode of the series gives the cooks the opportunity to showcase two of their beloved signature dishes as they compete to win this national search best recipe in America. Judges Leah Cohen, Tiffany Derry and Graham Elliot bring their professional insights and deep culinary knowledge to encourage and support the contestants along the way.

Regardless of their region, each contestant brings their family traditions, inspirations and passions to the competition. Imra Cadiz, New York, grew up eating Dominican and Puerto Rican food and loves to prepare her mother’s recipes as a tribute to her family’s Caribbean heritage. Bambi Daniels, Winston-Salem, North Carolina, describes her cooking as Southern “Heart & Soul” food — everything has a hint of her South Carolina roots and lots of love. Robin Daumit, Annapolis, Maryland, developed a cooking style that combines Mediterranean and Middle Eastern influences from her mother’s Syrian heritage and the regional cuisine of her home state of Maryland.

KMOS serves the citizens of 38 central Missouri counties with high-quality, educational content and experiences online, over-the-air and in our communities. KMOS PBS broadcasts programming on four channels throughout the region with programs for all ages on 6.1, lifestyle pbs.org • pbs.org/pressroom • facebook.com/pbs • youtube.com/pbs • twitter.com/PBS_PR and how-to programs on 6.2, news, dramas on 6.3, and a full schedule of kid’s programming on 6.4.

About the University of Central Missouri

The University of Central Missouri transforms students into lifelong learners, dedicated to service, with the knowledge, skills and confidence to succeed and lead in the region, state, nation and world. UCM offers 150 programs of baccalaureate and master’s degree study with outstanding, experienced faculty, and opportunity for study around the world.