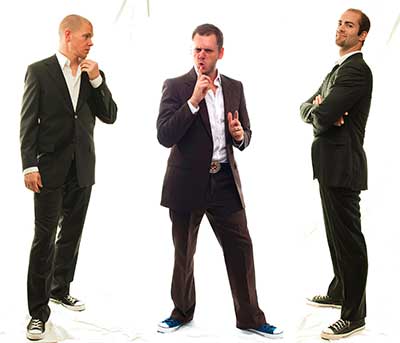 WARRENSBURG, MO – The Performing Arts Series at the University of Central Missouri presents The Wee Trio In Concert at 7:30 p.m. Thursday, Jan. 21, in Hart Recital Hall. The presentation is part of the PAS Guest Artist Series.

Called “infectious and raucous” by “The Boston Globe,” The Wee Trio burst onto the scene in 2008 with the release of “Capitol Diner, Vol. 1,” receiving international attention and status as one of the top 10 albums of the year.

In 2012, The Wee Trio unveiled their boldest project to date, “Ashes to Ashes: A David Bowie Introspective,” which reimagined the iconic work of David Bowie and introduced The Wee Trio to an entirely new audience. The Wee Trio’s fall 2013 release, “Live at The Bistro,” captures the group’s live sound and showcases their deep musical connection over two sold-out nights at Jazz at the Bistro in St. Louis.

The Office of the Performing Arts, in partnership with the Department of Music, will bring The Wee Trio to Warrensburg for a three-day residency as part of the PAS Arts Education Outreach Program. Activities will include workshops and masterclasses with UCM’s Jazz Ensembles and Warrensburg High School Band, as well as a presentation to the UCM Jazz History class.

Tickets for The Wee Trio concert are $3 for students and $7 for adults and are available at the Central Tickets box office in Administration 100, by calling 660-543-8888, online at ucmpas.com, and 1 hour prior to show time.

Financial assistance for this project has been provided by the Missouri Arts Council, a state agency.