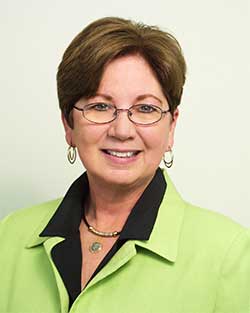 WARRENSBURG, MO – “Women Nobel Peace Prize Winners” by Anita Price Davis, Charles A. Dana Professor of Education Emerita at Converse College, Spartanburg, S.C, and Marla J. Selvidge, Ph.D., professor emerita of religious studies at UCM, was published by McFarland Press in December, 2015. It chronicles the lives and accomplishments of all of the female Nobel Peace Prize Winners from 1905-2014. Author and educator, Regina Birchem, wrote the Forward.

"Researching the lives of these women helped me to understand how terrifying violence and war can be on people. Their stories often brought me to tears," Selvidge said. She added that many of these women challenged their governments and ended up in prison.

Among such individuals, Aung San Suu Kyi, under house arrest for many years, now leads her country of Burma/Myanmar. Wangari Maathai helped her country find its way out of impoverishment by paying people to plant trees and indigenous plants. She was beaten, arrested, but eventually became a minister in her own Kenya. In the process, her husband divorced her.

Mala Yousafzai, a child who was shot in the head by the Taliban in Pakistan for going to school, recovered, and began voicing her concerns about how children are treated all over the world. She and her father are working tirelessly to educate throwaway children, Selvidge noted.

Tawakkol Abdel-Salam Karman led a peaceful feminist revolution in Yemen that overthrew the country’s president. Those involved in the revolution argued for the rights of women. Unfortunately, during their protests many people died. Yemen is still under siege by warring tribal factions.

Selvidge also authored “Politics of Feminism,” published earlier in 2015 by Roseville Publications. In this collection of articles on feminism and religions, Selvidge argues that there are many different kinds of feminisms and feminist interpretations. In one chapter she surveys the history of feminist biblical interpretation from mid-twentieth century until the present. The book contains three chapters titled: "Feminism and the Future of Classroom Politics;" "Misogynist Politics for a Thousand Years;" and "The Politics of Interpretations."

An educator who used her diverse writing, research and teaching skills to help students explore religion and even probe the lives of American icons such as Elvis Presley, Selvidge joined UCM in 1990, and during her tenure served as director of the Center for Religious Studies. She retired from the university in 2014 after dedicating approximately 24 years of service to UCM and its students.

Co-author of “Women Nobel Peace Prize Winners,” Davis retired after serving Converse College for 36 years. She is the author of at least 100 books on a variety of subjects.

Both of Selvidge’s new books may be ordered from Amazon.com. She can be reached at selvidge@ucmo.edu.