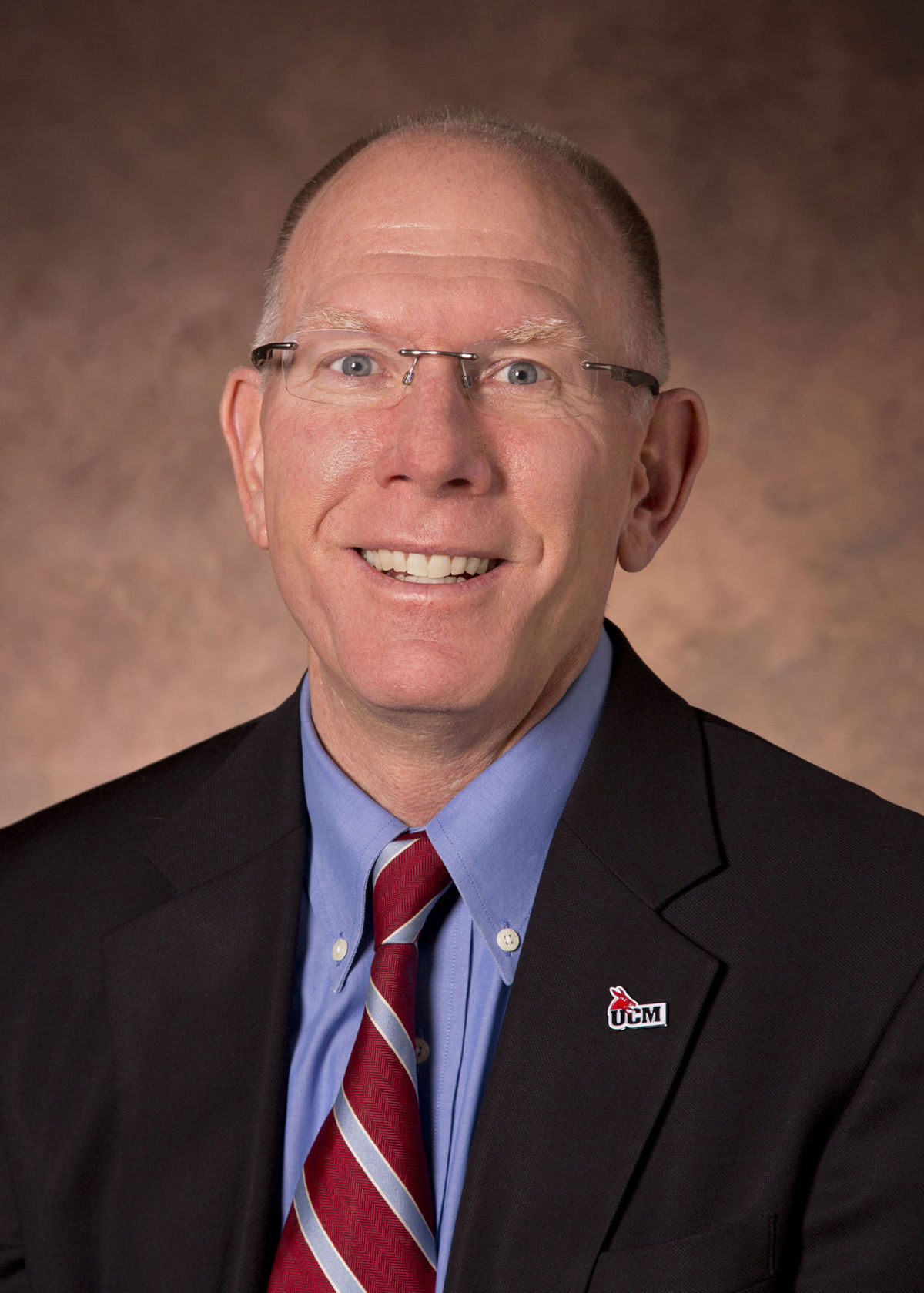 WARRENSBURG, MO – After providing leadership for the University of Central Missouri and serving as a strong proponent for opportunities to help all Missouri students succeed, UCM President Charles “Chuck” Ambrose today announced that he will be leaving his university position. Ambrose, who has served UCM since August 2010, has accepted a position as CEO and president of KnowledgeWorks in Cincinnati, Ohio.

Ambrose made the announcement during the June 29 meeting of the UCM Board of Governors and also shared information about his decision in a letter sent by email to the campus community. The new KnowledgeWorks leadership position is a career change for the longtime professional educator, who has spent 20 years as a college and university president, the last eight of which he saw more than 25,000 UCM students cross the degree finish line.

“On September 1 this year, I begin a new chapter in my professional journey as the President and CEO of KnowledgeWorks in Cincinatti, Ohio,” Ambrose said. “Their mission, very similar to UCM’s, is to provide every student the tools to learn in ways that provide readiness and success for college, career, and a meaningful life. This new leadership position is on a national platform that will extend and encourage use of many of the same tools for transformation that UCM has built like our commitment to College Completion, The Missouri Innovation Campus, and our service to military and veterans.”

KnowledgeWorks is a national nonprofit organization that was founded nearly 20 years ago, and has created opportunities for more than 135,000 students in 20 states through competency-based learning and early college. Its team works to establish partnerships with schools, state and federal policymakers, and is dedicated to helping advance personalized learning that empowers every child to take ownership in their success.

“I am thrilled to welcome Dr. Ambrose to our dedicated and passionate team,” KnowledgeWorks Board Chair, Steven Minter said. “We have a clear strategy focused on transforming learning PreK-16 and Dr. Ambrose brings the kind of innovative leadership and experience at the intersection of creativity, policy and dynamic change making that can advance greater opportunities for students, schools and communities.”

Throughout his tenure at UCM, Ambrose has been a strong advocate for servant leadership. He also gained a national reputation as an innovator in higher education by leading the charge to create partnerships such as the Missouri Innovation Campus, which is a joint initiative between UCM, Lee’s Summit R-7 School District and Metropolitan Community College with nearly 50 Kansas City corporations. Touted as a model for the state and nation by individuals such as former Gov. Jay Nixon and President Barack Obama, this program received the 2013 Governor’s Economic Development Advancement Award for helping to provide students with valuable skills needed by industry, while also accelerating time to degree completion, reducing the cost of an education and student debt load. Working with the UCM Board of Governors, his leadership contributed to a trailblazing agreement with the Lee’s Summit School District, which led to the construction and 2017 opening of a new MIC building owned by the school district and leased by the university.

Among his many achievements, Ambrose established the Learning to a Greater Degree Contract for student completion with a goal to help students graduate on time and enhance the value proposition of a UCM degree. His commitment to access to a college degree led to agreements with the United States Air Force, Missouri National Guard, Johnson County Community College, and Linn State Technical College. He encouraged UCM to take elements of the MIC program to scale through Innovation Track agreements which are helping high school students in communities such as Warrensburg, Knob Noster and Lee’s Summit to get a jump start on their college education.

Many other accomplishments during his tenure include construction of UCM’s first retail-student residence hall, The Crossing-South at Holden; guiding the institution through years of state reductions in appropriations with initiatives such as Strategic Governance for Student Success and the Strategic Resource Allocation Model; establishing the most aggressive student completion agenda in the state of Missouri; and much more.

Gus Wetzel, UCM board president said, “The Board of Governors deeply appreciates Dr. Ambrose’s service to the University of Central Missouri. Throughout his presidency, he has continued to make students and their success his top priority, while also developing a strong reputation as a campus leader who seeks innovation and partnerships as a way to create effective change in higher education. The work UCM is doing with the MIC and other education opportunities in Lee’s Summit are great examples. Dr. Ambrose is a talented, effective leader and we wish him much success with his new leadership position at KnowledgeWorks.”

In his letter to campus, Ambrose thanked the UCM governing board, faculty and staff for their commitment to excellence, and also praised students whom he said “have been my greatest teachers about what the value of a college degree really means and where the passion for a better future continues to grow.”

“Finally, I want to especially thank the many friends and colleagues across Missouri higher education who commit their efforts every day to keep college within reach of students who not only value their educational experiences, but take their degrees and build a better world.”