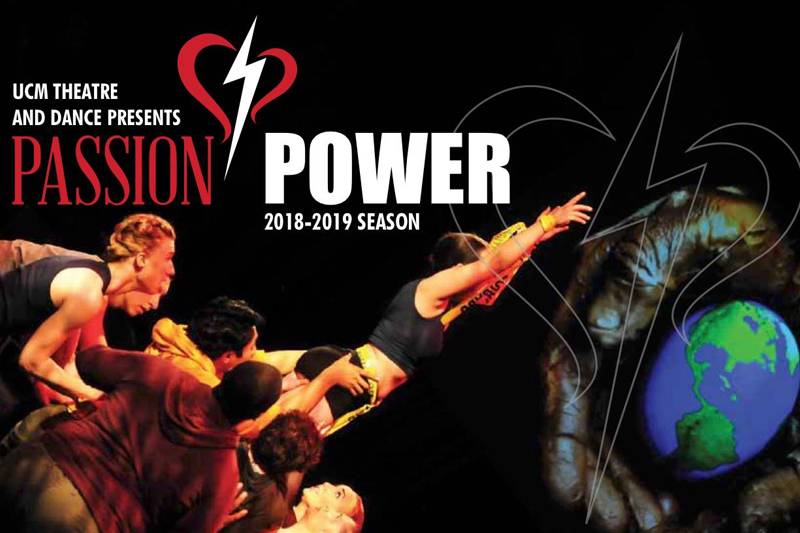 WARRENSBURG, MO – Enjoy an evening of entertainment as the University of Central Missouri presents an evening of Studio One-Acts in the Black Box Theatre at Nickerson Hall. Performances are Thursday, Friday and Saturday, Nov.1-3. Doors open at 7 p.m. and shows begin at 7:30 p.m. Admission is $1 at the door, cash only.

The evening will kick off with Sonny DeRee’s Life Flashes Before His Eyes written by Bill Bozzone, directed by Elizabeth Carter and technical direction by Tanis Ham. Sonny DeRee's Life Flashes Before his Eyes is about a man named Sonny, whois in his mid-30s and owes $9,000 to someone who doesn't take it lightly. In this play, Sonny has waited too long to pay back his debt and Mick has finally arrived to kill him. Sonny makes a few last efforts to get the money before it is too late. At this moment, however, his mother, Emma, appears out of nowhere with $9,000 and a possible solution for his problem. The role of Sonny is played by Travis Hampton, Mick will be played by Ethan Yazell, and Emma is played by Christina Foster.

The second show of the evening is Hello Out There written by William Saroyan, directed by Adam Segura, and technical direction by Brett Tade. Hello Out There is about the bad luck of an itinerant gambler who is arrested and jailed in a small Texas town, charged with rape. The charge is a lie, but the only one who hears his call for justice and understanding is a young girl who cooks for the jail.  The Young Man will be played by Zack Hutchins, the role of The Girl is played by Ashlyn Reece. The Husband will be played by Trevor Jones, and the role of The Wife will be played by Alley Pettey. The roles of The Other Men are played by Demetrius Hampton and Jose Calderon.

The third and final show of the evening will be Crazy Eights written by David Lindsay-Abaire, directed by Bambi Ash, and technical direction by Emily Dunkenson. Crazy Eights takes place in the humble apartment of Connie, a recovering addict whose parole officer, Benny, has cooked up a surprise. Benny is the awkward but caring parole officer, who is dying to get something off his chest. When he finally gets up the nerve Connie’s best friend, Cliff, arrives for their regularly planned game of Crazy Eights, making things a little more difficult for the awkward but likeable parole officer. The part of Connie will be played by Julia Wolz, Benny will be played by Chasen Brown, and role of Cliff is played by Ethan Shaffer.

For additional information, please contact the UCM Theatre Department at 660-543-4020.