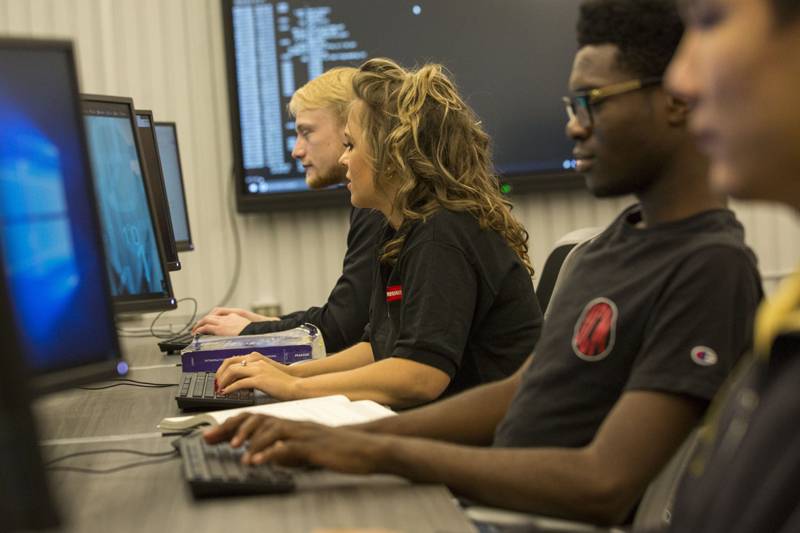 WARRENSBURG, MO – Among several categories of recognition, College Factual, an online rankings organization, has distinguished the University of Central Missouri as No. 1 among the 2019 Best Computer Information Systems Colleges for the Money in Missouri and among the top 15 percent of CIS programs nationally. Recognition comes in its online feature that ranks quality affordable CIS programs individually within each of the 50 states and overall nationally.

“Every student pursuing a degree in Computer Information Systems has to take a look at University of Central Missouri. Students from the computer information systems major at University of Central Missouri get 4.4 percent above the standard college graduate with the same degree,” noted the College Factual website, in sharing the financial benefit of a UCM CIS undergraduate degree. “Students who like a more relaxed life will value the school's position in the little town of Warrensburg, Missouri.”

College Factual also states that the university offers a graduate program in CIS for students who want to further their education after completing their four-year degree.

According to College Factual, in 2017 527 CIS undergraduate students graduated with bachelor’s degrees from Missouri colleges and universities. Across the state, CIS graduates earn an average salary of $49,100 starting out, however, mid-career, the average salary increases to $85,965. Starting salaries for UCM’s CIS graduates average $61,000, the rankings organization stated.

In addition to its high ranking among Missouri institutions, College Factual ranked UCM 16th out of 338 schools nationally as a Best Value for CIS students.

Prasad Rudramuniyaiah, Ph.D., assistant professor, CIS, Big Data and Business Analytics, attributes the high rankings to efforts that include excellent cooperation of the CIS Advisory Board, which actively considers industry needs in the area of information technology (IT).  CIS is also a “very innovative program with dedicated faculty members,” he added.

In addition to sharing information about CIS programs at UCM, College Factual provided insight into areas such as the good work the university is doing to meet the education needs of men and women who serve this country. It ranked UCM among the best for education quality and friendliness for veterans and active-duty military nationwide. UCM was ranked No. 5 out of 50 colleges included in the Best College for Veterans in Missouri analysis. It also received high marks nationally as noted by Bill Phelan, chief executive officer and co-founder to College Factual.

“Out of 1,820 colleges and universities that were analyzed for these rankings, UCM is ranked No. 121,” Phelan said. “This makes it one of the top universities in the United States for veterans and active military personnel.”

This data means that UCM is in the top 10 percent of all schools in the nation in the Best for Vets category, having improved its ranking from No. 7 a year ago.

College Factual also ranked the university No. 208 out of 1,510 college nationwide among the best schools for the money overall. This places UCM in the top 15 percent of all colleges reviewed by College Factual for value.  UCM improved its ranking position 112 slots over the previous year’s rankings of 320. Additionally, UCM ranked seventh out of 42 college in Missouri for value, which also puts it in the top 15 percent of all schools in the state in the terms of value.  UCM improved its ranking position two slots over last year’s ranking of nine.

College factual is located in Troy, N.Y, and is a national source of data analytics and insights on college outcomes. It provides in-depth coverages for more than 2,500 colleges and universities and more than 350 college majors. Students from more than 50 countries who are interested in pursuing accredited college degree programs in the United States have access to these insights.

Learn more about these rankings.