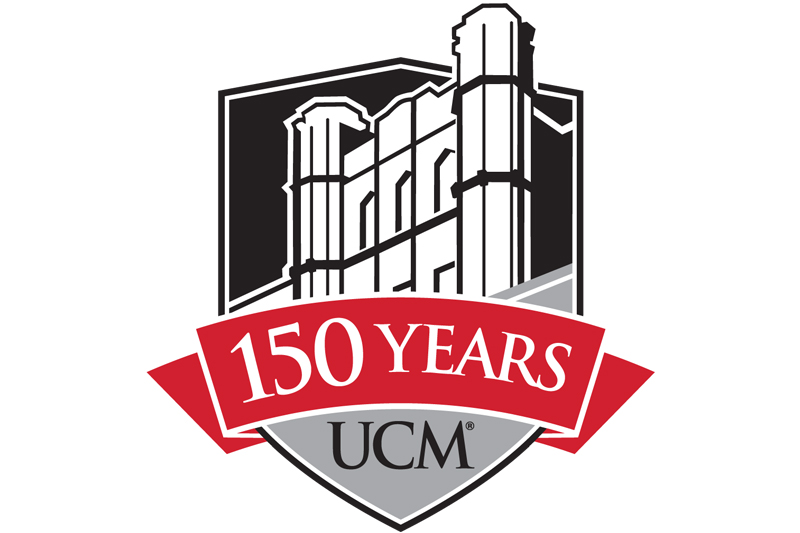 WARRENSBURG, MO – As the state of Missouri approaches a historic milestone, the University of Central Missouri, which has a played a significant role in helping to educate thousands of Missourians, will celebrate its rich heritage and future with its sesquicentennial celebration planned February through December 2021.

A group of university community members has been meeting in recent months to prepare for and promote this observance. The Sesquicentennial Planning Committee is led by Amber Clifford-Napoleone, Ph.D., associate professor of anthropology and director of the McClure Archives and University Museum. Although many details are still being considered, the celebration of UCM’s 150th year tentatively includes special exhibitions and lectures, a commemorative brick program, and special recognition for graduates of the sesquicentennial class.

UCM’s Board of Governors has approved the official designation of the academic year 2021-2022 as UCM’s 150th or sesquicentennial year, under the slogan “150 Years of Education for Service.” This commemorates the university’s founding in April 1871 as Warrensburg State Normal School #2. Students who began their four-year academic degree in August 2018 comprise the 150th year class.

UCM’s sesquicentennial celebration takes place as the state of Missouri prepares to celebrate its bicentennial in 2021, marking 200 years since Missouri was admitted into the Union of the United States of America Aug. 10, 1821. “Missouri 2021” special commemorative events are being coordinated by the State Historical Society of Missouri, which also will recognize UCM’s historic milestone among many opportunities to promote and celebrate Missouri’s history. The statewide Bicentennial Alliance, a coalition of non-profit organizations and government agencies, also is working to develop and promote projects across the state that celebrate Missouri’s bicentennial.

At the same time UCM is observing its 150th year, it also celebrates 140 years of having a museum on campus. By action of the Board of Governors, the McClure Archives and University Museum, College of Arts, Humanities, and Social Sciences, has been designated as UCM’s official historical, ethnographic, and archival repository, and will play an instrumental role in UCM’s sesquicentennial. Founded in 1881, the museum has grown from a facility featuring the collections of the first president, George Osborne, to the only major museum between Kansas City and Columbia. Along with its vast collection of university archival items, its resources include the Nance Collection of Middle Eastern art, artifacts and culture. Additionally, the McClure Archives and University Museum is officially designated by the U.S. Department of Defense as a World War II and Vietnam War Commemorative Partner, a registered Blue Star Museum, and a member of the Four Freedoms National Heritage Area.

Since its establishment, the University of Central Missouri has evolved from a grown from a small college that prepared Missouri’s teachers to an institution that offers approximately 150 programs within its four academic colleges, including nationally known programs that include criminal justice and aviation. The 150th anniversary provides an opportunity to look at the institution’s history and evolution as a significant partner Missouri’s education fabric.

Learn more about UCM’s sesquicentennial and the Missouri 2021 bicentennial at missouri2021.org or contact Clifford-Napoleone at clifford@ucmo.edu.