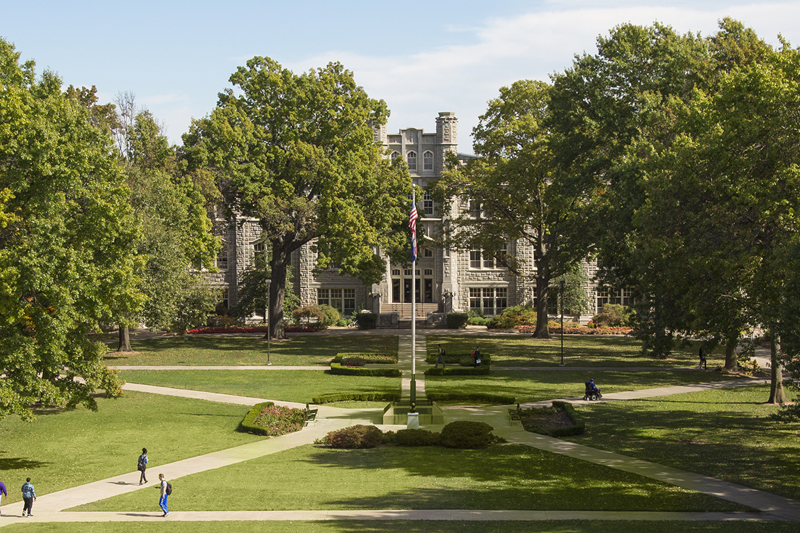 WARRENSBURG, MO – A commitment to helping students finish their college education is contributing to the University of Central Missouri’s status as the state leader in degree completion among public universities.

Statistics recently released by the Missouri Department of Higher Education (MDHE) show that between fiscal years 2015-2017, UCM’s degree completion rate per full-time equivalent (FTE) was 50.5 percent. This figure is the highest among all of Missouri’s public universities. It also is 10 percent higher than the university with the next highest percentage of FTE completions, and double the state’s 25 percent benchmark.  What’s more, UCM’s FTE completion rate signifies a 7.6 percent increase from FY2014-2016 data, the largest increase among all state public four-year institutions.

Data comparing various Missouri universities was released in January as UCM was notified that it had achieved all performance standards established by the state. These are metrics that impact the amount of state funding UCM will receive for Fiscal Year 2020.

In recent years, the MDHE worked with colleges and universities to establish a set of performance measures that were vetted through the Missouri Coordinating Board for Higher Education (CBHE) and are closely tied to funding higher education institutions. These standards have sought to answer questions related to whether or not students are completing certificates and degrees; mastering what they study; getting jobs or continuing their education once they graduate; if the college or university is providing an affordable education; and if the institution is being a good steward of state funding.

This process was first used by the Missouri Governor and the legislature for FY2015 and utilized six metrics to help determine an institution’s core funding. At least 90 percent of any increase to the core has previously been based on these performance measures.

“CBHE had a set of performance metrics that have been in existence for a while,” said Mike Godard, interim provost – chief learning officer at UCM.  “The state decided to change them last year. Then with the governor’s new initiatives in terms of the focus on workforce development, they decided to go with three standards.”

He noted that UCM met the three priority measures that were set by the CBHE related to completions per FTE, student pass rates on assessment or professional licensure exams, and graduate outcomes.  While the emphasis was on these metrics, UCM reported on all six performance measures and achieved all of them.

“We’re pleased to see the good work that’s being done with completion rates at the University of Central Missouri. Positive movement like this will help Missouri meet its Big Goal of having 60 percent of working-age adults with a degree or certificate by 2025,” said Zora Mulligan, Missouri commissioner of higher education.

UCM’s progress as a leader in the FTE completion area stems from an aggressive completion agenda that was established by the university in 2013. At that time, UCM launched its Learning to a Greater Degree Contract for student completion, which focuses on getting students to earn at least 30 semester hours per year in order to graduate on time.

This completion model also has helped drive the development of other student-focused initiatives that steward the institution’s state funding toward efforts to enhance student success and completion. These include the development of The Missouri Innovation Campus (MIC), which enables students to begin their college education while still in high school and gain valuable internship experience with major corporations while also reducing their college debt. The completion agenda also includes the introduction of a holistic advising model; opening of the Success Advising Center; and securing a $2.3 million federal Strengthening Institutions Grant to fund student support and first-year experience initiatives.

The university’s strong focus on helping students cross the degree finish line includes measures aimed particularly at 64 percent of the UCM  students who are first-generation, Pell-eligible, or from a historically underrepresented minority group.  It also means maintaining affordable tuition and success measures that contribute to a more affordable higher education. This continued focus on affordability has enabled the university to witness a $15.9 million reduction in student loans over the past five years, in addition to an increase in increase foundation scholarships of 30.3 percent since 2012.