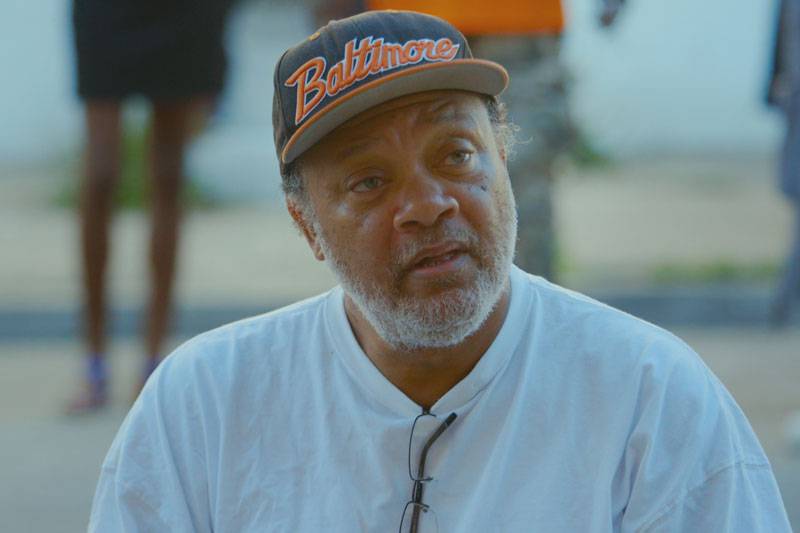 “Charm City” photo caption and credit: Mr. C at the morning meeting of the Rose Street Community Center in the heart of East Baltimore. Photo Credit: Courtesy of Andre Lambertson.

WARRENSBURG, MO – KMOS-TV and Capitol Cinema join the Independent Television Service documentary series “Independent Lens” to present a special community screening of the feature film “Charm City” at 6 p.m. Wednesday, April 24. In concert with the film, attendees are encouraged to bring canned goods for local distribution, and learn about local community services before the event.

The event is free, and registration is available at www.capitolcitycinema.org/indie-lens.

Directed by Marilyn Ness and co-produced by Katy Chevegny, “Charm City” was filmed over a violent three-year period when Baltimore’s nickname never seemed less apt. “Charm City” profiles a group of police, citizens, community leaders and government officials who, with grit, fury and compassion, are grappling with the consequences of violence and trying to reclaim their city’s future.

On the streets of Baltimore, shooting is rampant, the murder rate is approaching an all-time high and distrust of the police is at a fever pitch. With nerves frayed and neighborhoods in distress, dedicated community leaders, compassionate law enforcement officers and a progressive young city councilman try to stem the epidemic of violence. Filmed during the lead up to, and aftermath of, Freddie Gray’s death in police custody, “Charm City” is a powerful cinema vérité portrait of those surviving in, and fighting for, the vibrant city they call home.

Marilyn Ness (Director/Producer) is a two-time EmmyⓇ, Peabody, and DuPont Award-winning filmmaker, and a member of the Academy of Motion Picture Arts and Sciences. She produced “Cameraperson” (dir. Kirsten Johnson), which premiered at Sundance in 2016, was released by the Criterion Collection, and was shortlisted for the 2017 Academy AwardsⓇ.

Katy Chevigny (Producer) is an award-winning filmmaker and co-founder of Big Mouth Productions. Most recently, she produced Dark Money, which premiered at the 2018 Sundance Film Festival, and she directed one of the storylines in Kartemquin Films’ documentary series “Hard Earned,” which explores the lives of five American families struggling to get by in today's economy, and won a 2016 Alfred I. DuPont Award.