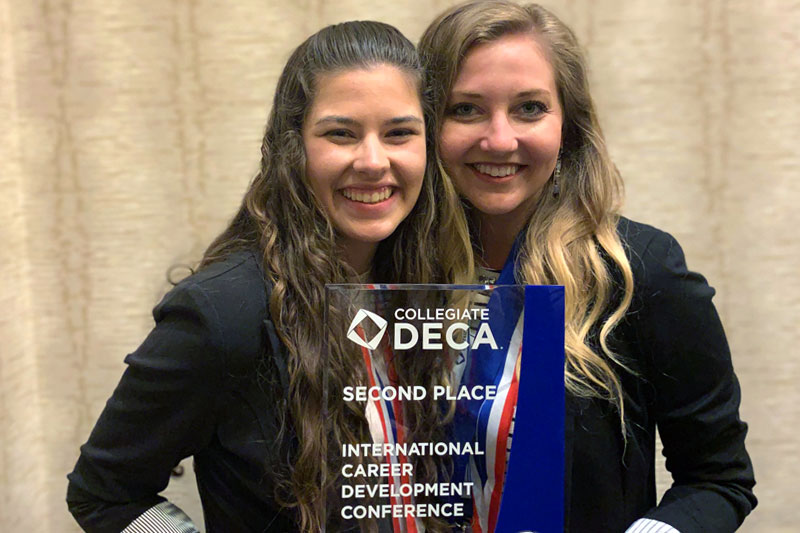 WARRENSBURG, MO – Student members of the University of Central Missouri’s chapter of Collegiate DECA took home two second-place awards when they competed at the International Career Development Conference in Orlando, Florida, in April.

UCM was represented by a contingent of 13 students and three advisors, competing across eight events. The state of Missouri boasted a team of 75 members and advisors in the competition.

Jay Pinkston was a Top 10 finalist in Corporate Finance, with Mense also earning Top 10 finalist honors in the Sales Challenge. Kobe Bennett, who competed in the Hotel and Restaurant Management category, and DECA President Tessa Belknap, a contestant in Retail Management, earned silver medallion honors for having top exam scores for their respective events. Advisor Matthew Houseworth also was named an international Advisor of the Year. As a state, Missouri had three additional finalists and nine additional Top 10 finalists in the competitive events.

During the conference, UCM student members of DECA attended sessions to learn more about their chosen professions, visited career exhibits of corporate sponsors, and connected with more than 1,500 other collegiate members from the United States and abroad. During the competition phase of the conference, Missouri collegiate members demonstrated their knowledge and skills by putting into practice what they are learning at their respective universities. 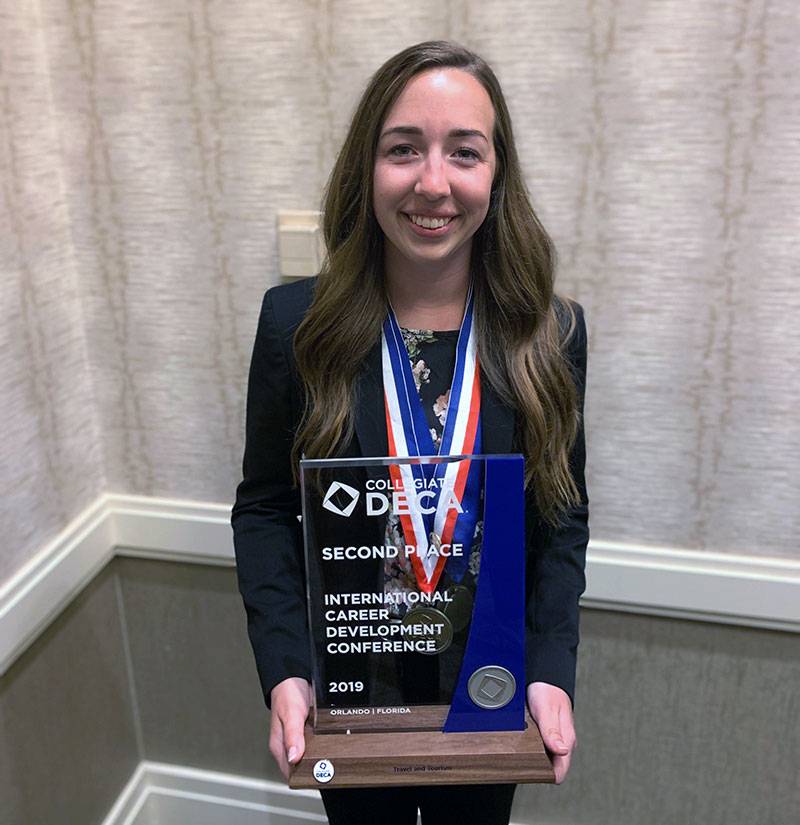