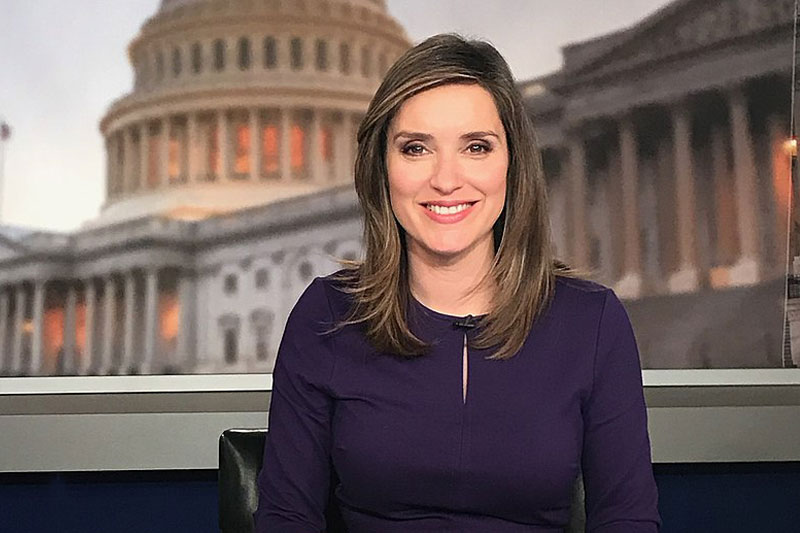 WARRENSBURG, MO – A premier citizenship and leadership program hosted annually by the University of Central Missouri, the American Legion Boys State of Missouri has announced it will bestow the 2019 Lehr Memorial Chair to nationally known journalist Margaret Brennan. Brennan will accept the Lehr Chair June 17, during the 80th session of Missouri Boys State.

Brennan is one of several individuals who will speak at Missouri Boys State during an eight-day experience dedicated to teaching high school students the fundamentals of government Saturday, June 15 to Saturday, June 22 at UCM.  Missouri Boys State annually brings about 1,000 high school juniors to the university, which has hosted the event since 1953. Most presentations by Boys State speakers take place Hendricks Hall and are open to the public, although limited seating is available.

Margaret Brennan has reported on politics, international affairs, and global markets for nearly two decades. Currently the moderator of CBS News’ Face the Nation and the network’s senior foreign affairs correspondent, she is one of the most visible faces in political news today and only the second-ever female host of the 63-year-old program. Brennan focuses on offering a fact-based review of the day’s biggest ongoing news as well as breaking stories, and draws on her extensive global experience to provide an unbiased, big-picture look at the issues that matter now. She skillfully connects waves passing through Washington to larger global tides turning and remaking culture, politics, the global economy, and more.

Brennan joined CBS News in 2012 and was named White House and senior foreign affairs correspondent in 2017. Brennan has been based in Washington since 2012 and has reported on the Trump administration, and previously President Obama's administration, for all CBS News programs. Earlier in her career, Brennan covered the State Department for four years, where she reported on major national security stories including nuclear negotiations with Iran; restoration of diplomatic ties with Cuba; the standoff with North Korea; the conflict in Ukraine; and the accord to transfer control of Syria's chemical weapons.

Before joining CBS News, Brennan dedicated a decade to covering the global financial markets. She anchored and reported for Bloomberg Television globally. Previously, she was a correspondent at CNBC with a focus on the consumer during the financial crisis. She also contributed to various NBC News programs. Brennan began her career as a producer for CNBC's Wall $treet Week with Louis Rukeyser.

Brennan is a term member at the Council on Foreign Relations. She graduated with highest distinction from the University of Virginia where she earned a Bachelor’s degree in Foreign Affairs and Middle East Studies with a minor in Arabic. As a Fulbright-Hays Scholar, she studied Arabic at Yarmouk University in Irbid, Jordan. She is also the recipient of an honorary doctor of letters degree from Niagara University.