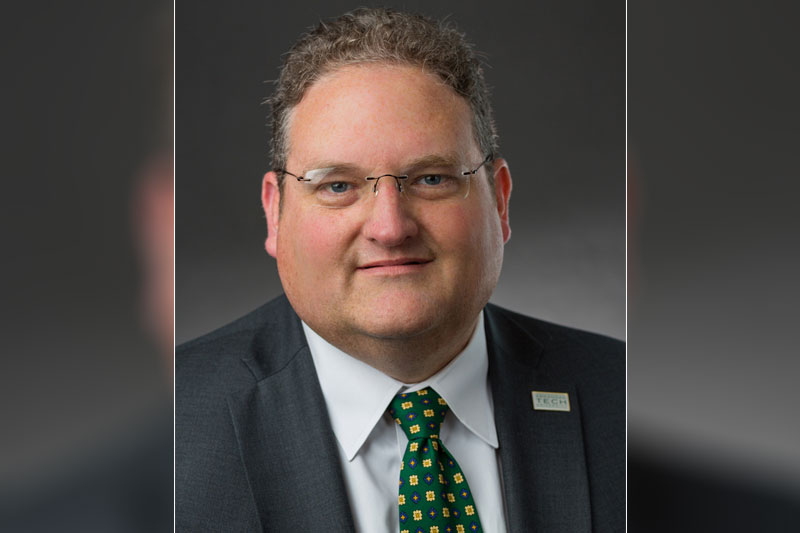 WARRENSBURG, MO – An experienced and collaborative leader and strategic thinker from Russellville, Arkansas, Phillip B. Bridgmon, Ph.D., has been selected to serve as provost and vice president for Academic Affairs at the University of Central Missouri.

Bridgmon’s appointment was announced today by UCM President Roger Best, and is the result of a nationwide search that was conducted throughout the spring 2019 semester. The new academic leader begins his duties July 15.

“Dr. Bridgmon has a thorough understanding of and incredible insight into strategies necessary to overcome challenges and capitalize on opportunities for higher education and UCM specifically,” Best said. “His collaborative approach and focus on shared governance are qualities I value and that are consistent with UCM’s culture, and I have great confidence in his capacity to help us fulfill our shared vision. We look forward to Dr. Bridgmon and his family joining UCM and the Warrensburg community.”

The provost and vice president for Academic Affairs is a president’s cabinet-level position responsible for personnel, shared vision, support and development of a high-quality learning environment that encompasses the entire academic experience. In addition to overseeing faculty and staff who coordinate, deliver and teach academic courses, the provost is charged with fostering creative alliances among campus and community members to develop educational programs and initiatives, assisting the four academic deans and school chairs in promoting faculty and program development, and providing leadership for strategic enrollment planning.

“UCM is a well-respected university and being able to join such a distinguished academic community is truly humbling.  During my campus visit, UCM’s deep commitments to fostering opportunity for students, serving the region, and considering how best to advance the mission and vision were confirmed. These commitments, along with encouraging and supporting my colleagues in their work, are also my leadership priorities,” Bridgmon said.

“My family and I look forward to moving to Warrensburg this summer and joining in service to our new community and colleagues.”

In his role as interim vice president at ATU, Bridgmon is an education leader at the third largest institution in the state of Arkansas. The university has multiple campuses and achieved a record enrollment of approximately 12,000 students last fall. Bridgmon’s duties include providing oversight for a budget of about $50 million while working with numerous direct reports that include deans of seven academic colleges as well as the directors of the Pendegraft Library and Technology Center, Honors Program, Information Systems, Assessment, Registrar, and associate vice presidents for University Initiatives and Student Success. He also serves as the liaison to the Arkansas Department of Higher Education.

Bridgmon’s previous leadership appointments include serving as dean of the College of Liberal Arts at Northeastern State (Oklahoma) University, 2012-2017 and liaison to the Cherokee Nation for Cherokee Language Education and Culture Programs; founding chairperson for what is today the Department of Politics, Justice, and Law at the University of North Alabama, 2007-2012; and graduate program coordinator, 2004-2007 and 2009-2011.

The new provost has many years of teaching experience in a college classroom. While working for the University of North Alabama from 2004-2012, he climbed the academic ranks from assistant professor to professor, having taught both criminal justice and political science courses. He also joined Northeastern State University as a tenured professor, and has served as a tenured professor of political science at ATU since he began work on that campus. Early in his career he served as a visiting instructor at Grand Valley State University and as an assistant professor at James Madison University.

He has co-authored three books on political science-related topics, and has contributed numerous articles and research papers to professional journals and made presentations on his research at conferences across the United States. His commitment to professional development has included summer fellowships at the University of Michigan, Harvard, and Vanderbilt University.