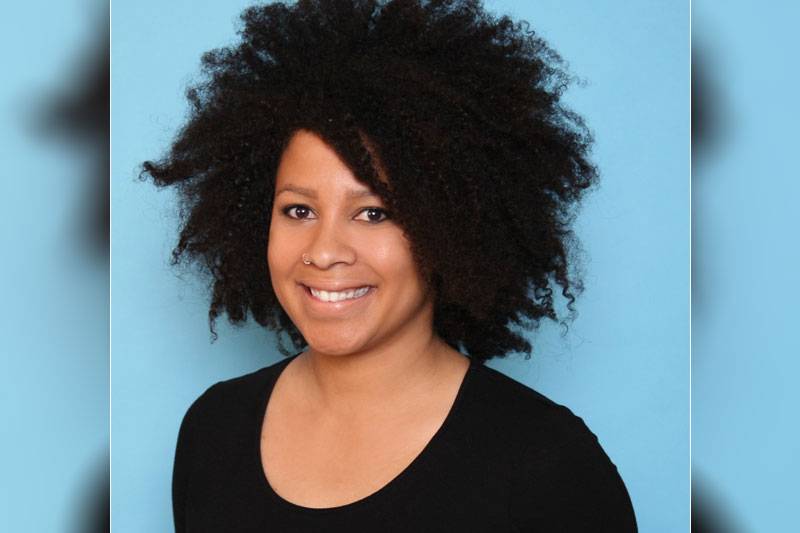 Eva Carpenter Williamson, a 2017 University of Central Missouri graduate, was named the Hickman Mills School District Teacher of the Year during May. Williamson is a third-grade teacher at Ervin Elementary. She earned her bachelor’s degree in early childhood education from UCM, attending classes at the Lee’s Summit and Warrensburg campus locations and online.

In nominations for the Teacher of the Year honor, she was praised for providing a calm, trauma-sensitive and welcoming learning environment.

“Committed to instructing a group of diverse learners through engaging and challenging lessons, Mrs. Williamson demonstrates the belief that all of her students can learn,” stated one of the nominations. “She inspires her students and fellow teachers through her positive attitude, willingness to do whatever it takes for students and helpful hand.”

As a member of her school’s CARE team, Williamson was also commended for creating lessons that are culturally responsible and that use literature to allow students to see themselves in the characters. One nominator added, “When Mrs. Williamson chose to come to HMC-1 last year she had multiple teaching opportunities that would have been far less challenging. But, she felt a need to commit to teaching in a school that is predominantly children of color.”

The award-winning educator is one of many adult learners who return to UCM to complete a degree or earn an additional degree. In her case, she began her studies at UCM in 2006 as an education major as well as a member of the UCM Mulekickers, later transferring and earning a bachelor’s degree in dance performance from Missouri State University.

“After dancing professionally, I received an opportunity for a graduate assistant position for the dance team, Mulekickers, and returned the spring of 2015,” Williamson said. “Teaching children has always been a passion of mine whether it is at the studio or in the classroom.”

Her decision to return to the UCM College of Education was based on several additional factors.

“I selected UCM because the education department offered clinical pathway hours,” Williamson said. “I wanted a more hands-on learning approach and choosing this pathway allowed for more kinesthetic learning to be done in elementary classrooms rather than the campus classrooms. UCM’s education department is truly topnotch! From their professors to the department chair, they all share the passion for teaching and truly give so much to each and every teacher candidate.”

Next year Williamson will continue combining her two passions, teaching and dance, as both a third-grade teacher at Hickman Mills and as the new head coach of the UCM Mulekickers.