The Princeton Review Includes UCM Among “Best in the Midwest” Colleges, Universities 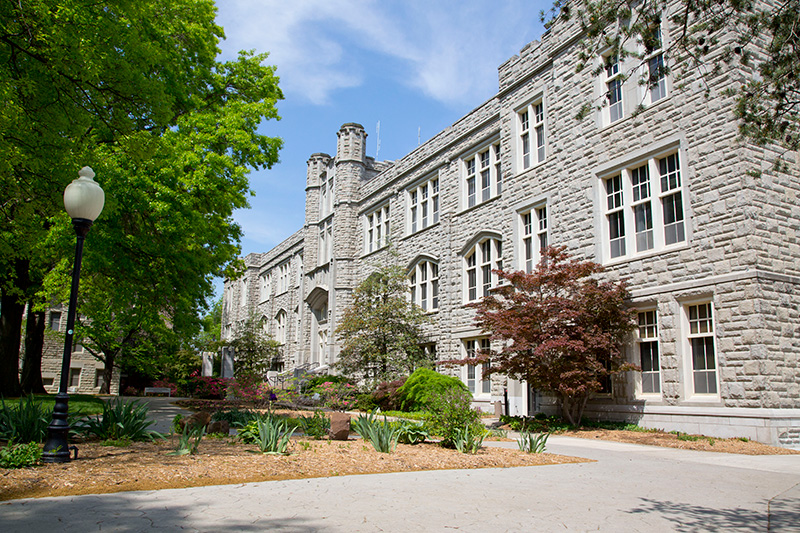 WARRENSBURG, MO – The Princeton Review®, an online resource that many individuals turn to for help in making choices about a college or university, has named the University of Central Missouri among the “Best in the Midwest” schools for pursuit of a higher education.

The popular education services company listed UCM in its website feature “2020 Best Colleges Region by Region.” UCM is one of 159 schools from a 12-state Midwestern region that were recognized by The Princeton Review. These schools also are included among a total 656 colleges that The Princeton Review recognized from Northeast, Southeast, West and International regions.

"Being named by The Princeton Review as one of the 'Best in the Midwest' is an honor and validates the work we do each and every day to ensure our students succeed,” said UCM President Roger Best. “I am proud of our faculty and staff for the dedication they bring in serving our students, and this recognition is a tribute to their efforts."

“We chose the University of Central Missouri and other outstanding institutions on this list primarily for their academics,” said Robert Franek, The Princeton Review’s editor-in-in-chief. He added that the company considered data from its survey of administrators at several hundred colleges in each region, information from staff visits to schools over the years, and the opinions of college counselors and advisors whose perspectives the company solicits.

“We also consider what students enrolled at the schools reported to us on our student survey about their campus experiences,” Franek said.

The Princeton Review survey provided an opportunity for students to rate their colleges on many issues and respond to questions about themselves, their fellow students, and campus life. Quotes from students who are surveyed are included in the school profiles that are published online.

The Princeton Review notes, “At the University of Central Missouri, a top-notch education comes with a very low price tag.”

Citing student responses, The Princeton Review adds that one satisfied senior noted, “With small class sizes, a tradition of excellence, and affordable tuition, UCM is an excellent choice for those who are looking for the most bang for their buck.”

The feature notes that at UCM, while many students hail from rural communities, “you’ll also meet students from a variety of different countries, states and cities.” Additionally, “There is a large population of non-traditional students and the school goes out of its way to make sure those students have access to all the necessary resources.”

“Whether you play intramurals, join a fraternity or sorority, or just hang out in the residence halls, life at UCM is ‘very laid back and you get to meet a lot of people that you can become friends with quickly,’” wrote one student. In fact, many students say their favorite pastime at UCM is the simple pleasure of each other’s company, according to the online feature.

The 159 colleges that The Princeton Review chose for its “Best in the Midwest” 2020 list are located in Iowa, Illinois, Indiana, Kansas,  Michigan, Minnesota, Missouri, Nebraska, North Dakota, Ohio, South Dakota, and Wisconsin.

Collectively, the 656 colleges on The Princeton Review’s “regional best” lists represent approximately 22 percent of the nation’s 3,000 four-year colleges, both public and private. UCM is one of only four public institutions in Missouri to be named among the “Best in the Midwest” schools.

Headquartered in New York, NY, The Princeton Review is an education services company known for its tutoring, test-prep, books, and other student resources. It is not affiliated with Princeton University. Visit PrincetonReview.com to learn more.