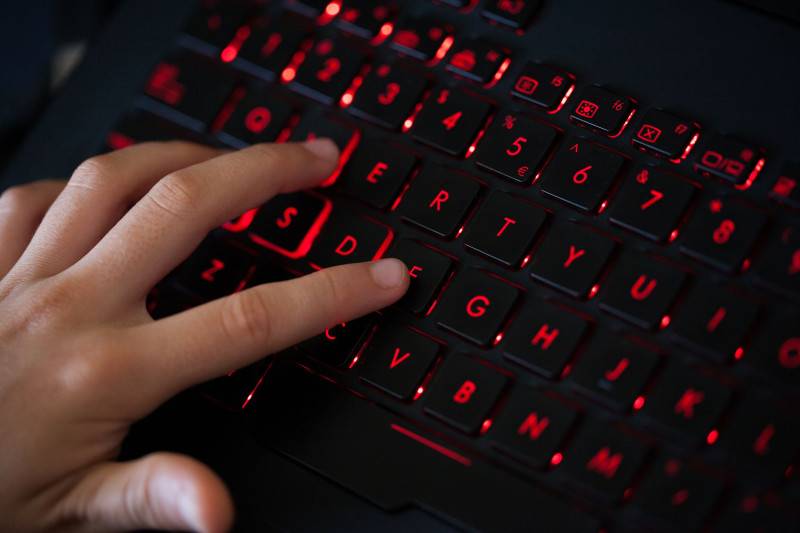 WARRENSBURG, MO – With dozens of students making inquiries long before an official announcement is made, the University of Central Missouri’s expects its plan to launch a new Esports team to be a big hit, providing both a competitive outlet for current students while also serving as a future recruitment tool. It’s an opportunity that also comes with a financial benefit toward the education of those who are selected initially.

Steven Shattuck, assistant professor in the School of Computer Science and Mathematics, certainly sees the potential for opportunities in Esports. In addition to teaching his mathematics courses, Shattuck is taking on a new role as the faculty member in charge of organizing and launching the institution’s first Esports program. He began working on this initiative during the summer and is preparing to recruit team members who will participate in the first competitive events this fall.

With about 100 higher education institutions nationally getting involved in Esports, UCM becomes the second public university in the state of Missouri to enter this arena, but the only comprehensive, regional institution of similar size and student population to establish such a program.

Shattuck said Esports provides an opportunity for competitive, organized electronic gaming involving individuals who play the same popular games they enjoy on their home systems. Competitions involving programs such as Overwatch, League of Legends, Heartstone and many others can take place on campus, but at the highest level, this could mean arena-style play where participants can be watched in action via a streaming video service such as Twitch.

Similar to collegiate sports teams which follow guidelines established by a member-led organization such as the National Collegiate Athletic Association (NCAA), Esports also has its own organization to champion its growth and development on college campuses. Shattuck noted that UCM and has been working in cooperation with the National Association of College Esports (NACE) to finalize all of the steps needed to make Esports a campus reality.

Both teams will each consist of six members, and there will be three additional students recruited to serve as alternates. Each team member will benefit this year from scholarships of $1,000 apiece funded by the university. Shattuck praised support provided by the College of Health, Science and Technology and the Office of Enrollment Management, which recognized the potential benefits for Esports at UCM, and for their assistance in helping to secure financial resources to make the launch of this new program possible.

“We don’t have a lot of funds to start this off,” Shattuck said. “With the funds we have, we are going to use our cybersecurity lab as our gaming arena, and we’re going to do all of our competitions from there unless we make it into the playoffs.”

Shattuck said he hopes to obtain sponsorships to help defray future costs. This would include covering the cost of jerseys worn by team members and travel to different tournaments.

“Our first year, we won’t have much travel,” he said. “Eventually, we do want to attend bigger tournaments once we get this established. Right now, we’re just trying to get the ball rolling, and get a sense of what’s going to happen. This is all new to us.”

He stressed that maintaining a quality academic experience will be a priority for the Esports program. Shattuck plans to establish guidelines regarding academic requirements that must be met in order to make the team. Once the program is operational, he hopes to initiate measures to ensure student players are keeping up with their studies.

Although much progress has been made, work still needs to be done to finalize a complete game schedule and to select team members, which is now underway. He learned this week through NACE that the UCM team can compete in the Overwatch Collegiate Championship Sept. 21, an event coordinated by Tespa, the leader in collegiate Esports. Shattuck noted that in recent weeks more than 40 eager students dropped by his office or sent email with questions about how to become a part of the team, based only on word-of-mouth accounts that am Esports program may possibly be formed.

Although Esports is open to students of all academic disciplines, he believes there will be strong interest among students who wish to pursue careers in STEM-related areas, which could provide a boost in recruitment at the School of Computer Science and Mathematics. Beyond that, however, Shattuck believes Esports is a way to better connect to the university students who may be looking for opportunities that align more with their personal interests and skills.

Individuals who want to know more about Esports at UCM, including the recruitment process, are encouraged to contact Shattuck at ucmesports@ucmo.edu. He noted that interested students will have access to the group’s webpage which will include an application and questionnaire, and they can follow the team on Twitter, Facebook, Twitch and Discord at @UCMesports, and at @UCMesports1 on Instagram.