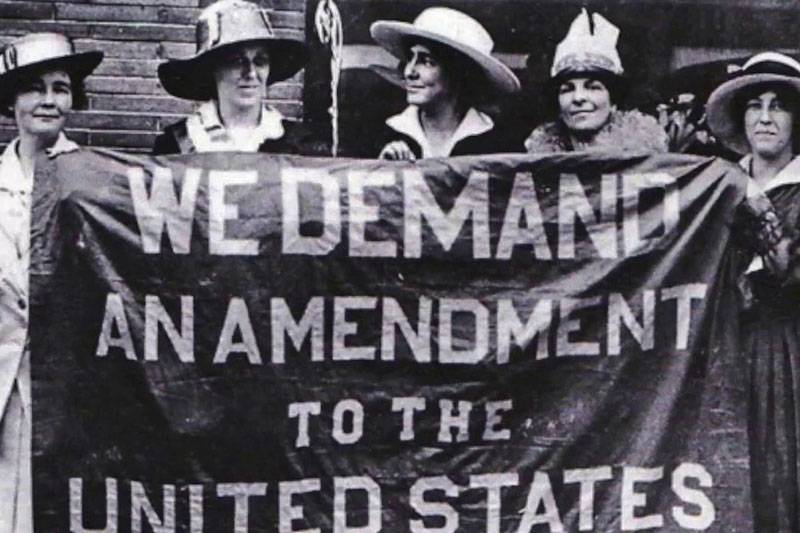 WARRENSBURG, MO - The University of Central Missouri History Program announces a new popup exhibition through Sept. 27 at UCM from the National Archives. Titled “Rightfully Hers,” it commemorates the 100th anniversary of the ratification of the 19th Amendment.

“Rightfully Hers” contains simple messages exploring the history of the ratification of the 19th amendment, women’s voting rights before and after the 19th, and its impact today. Despite decades of marches, petitions, and public debate to enshrine a woman’s right to vote in the constitution, the 19th Amendment – while an enormous milestone – did not grant voting rights for all. The challenges of its passage reverberate to the ongoing fight for gender equity today.

“Rightfully Hers” co-curator Jennifer N. Johnson noted, "The ratification of the 19th Amendment was a landmark moment in American history that dramatically changed the electorate, and although it enshrined in the U.S. Constitution fuller citizenship for women many remained unable to vote.”

The exhibit is on display through Sept. 27 in Wood Hall 136 outside the History Program offices from 8 a.m. to 5 p.m. Monday through Friday. The exhibit also will be available for public viewing 7:30 to 9 p.m. Thursday, Sept. 19 in Nickerson Hall on the campus of UCM. The exhibit will be on display in conjunction with the UCM Theatre and Dance’s presentation of “Suffrage on Stage” planned for 7:30 p.m. at the Black Box Theatre in Nickerson. The production is also supported by the UCM History Program and the American Democracy Project as part of UCM’s Constitution Week series of events. Admission to see the exhibit and to attend the “Suffrage on Stage” event on Sept. 19 and to view “Rightfully Hers,” is free and is open to the public.

To learn more about the “Rightfully Hers” exhibition at UCM, contact Dr. Sara Brooks Sundberg with the History Program at UCM at ssundberg@ucmo.edu.