Missouri Court of Appeals, Western District, to Sit at UCM 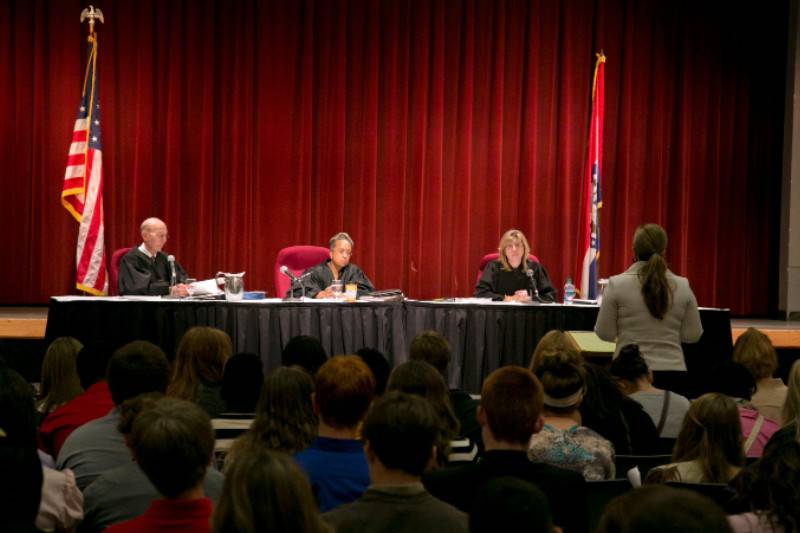 WARRENSBURG, MO – Providing a great opportunity to learn more about the judicial system, the Missouri Court of Appeals, Western District, will convene court at the University of Central Missouri on Wednesday, Oct. 2.

Judge Newton will preside over the proceedings that take place on campus. He was appointed to the Western District in 1999. He was a Jackson County circuit judge for six years before his appointment to the Western District. Previously, he served as an assistant Jackson County prosecuting attorney and an assistant United States attorney. Judge Ahuja joined the Western District in 2007. Previously, he practiced law in Washington D.C. and Kansas City. Judge Chapman was appointed in 2018. Prior to his recent appointment, he served as a circuit judge for the 43rd Circuit of Missouri for over seven years.

The Court convenes regularly in Kansas City. However, for more than 20 years, the Court has held sessions in several of the 45 counties in the Court’s jurisdiction. This includes all of northwest Missouri and most of central Missouri.

The Court convenes oral arguments outside of Kansas City to give individuals an opportunity to observe a part of the judicial system they normally do not see and to familiarize those attending with the Court's role in the judicial system.