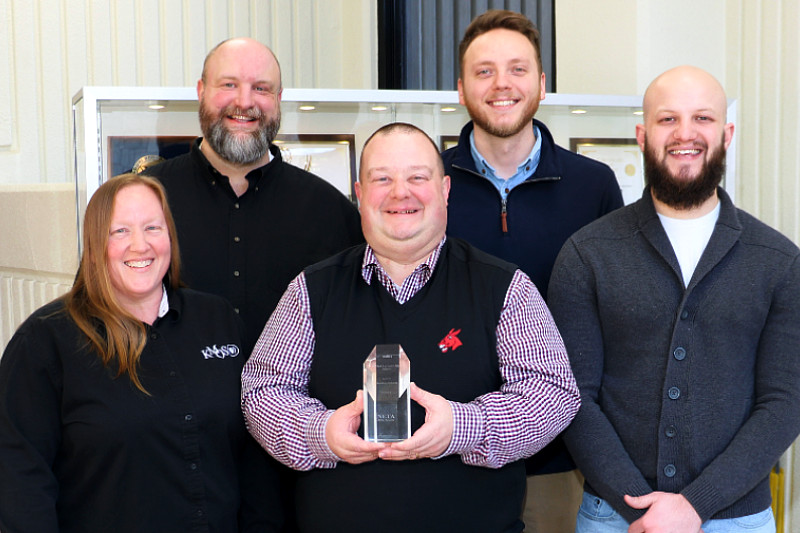 WARRENSBURG, MO - Among the public television station professionals honored at a recent awards gala event in Arlington, VA was the KMOS-TV production team for an episode of KMOS-TV’s original series “Wicked Awesome Stuff” in the category of Education/Schools. This episode featured an organization that promotes strong life skills for young students engaged in video games, and followed students competing in an Esports tournament.

In the program, series host Ray Walters introduced viewers to the founders of Ukatsu, a Columbia-based organization that works with kids and parents to connect with peers and learn life skills on- and off-line as they learn and hone their video game skills. Viewers were then taken inside an Esports tournament at the Midwest Clash at Columbia College. The episode was edited by Jacob Clark, one of many UCM students who apply their classroom lessons to real-world experience while working at KMOS-TV. This and other episodes of “Wicked Awesome Stuff” are available to view anytime on kmos.org.

Since the time this program was produced, UCM launched an Esports team to provide both a competitive outlet for current students and serve as a future recruitment tool. With about 100 higher education institutions nationally getting involved in Esports, UCM becomes the second public university in the state of Missouri to enter this arena, but the only comprehensive, regional institution of similar size and student population to establish such a program.

The series “Wicked Awesome Stuff” was created by KMOS to focus on new technologies and dynamic community events that viewers may not be able to attend. Among the stories covered by Ray and the producers was a suite of nursing-related technologies at the Missouri Innovation Campus (MIC) in Lee’s Summit, which is a collaborative effort of business partners, the Lee’s Summit R-7 School District, Metropolitan Community College and the University of Central Missouri.

In previous years KMOS has received NETA awards for: promotional video for “Best of Missouri Life Season 3” (2019), a video profile of the National Churchill Museum in Fulton (2014), Special Event and Community Engagement based on the Event (2012 Kids Day), “Jerry Adams Outdoors – Kiss the Fish Again” (2011), “The Bacon Brothers-Michael’s Revenge” (2010). A full list of award recognitions is available at kmos.org.

About KMOS-TV
KMOS serves the citizens of 38 central Missouri counties with high quality, educational content and experiences online, over-the-air and in our communities.  We are integral to engaged learning as a professional learning lab for students from a variety of disciplines at The University of Central Missouri. KMOS-TV broadcasts programming on four channels throughout the region with programs for all ages on 6.1, lifestyle and how-to programs on 6.2, news, dramas and more on 6.3, and a full schedule of kid’s programming to fit the schedule of every busy family on 6.4.

About NETA
The National Educational Telecommunications Association is a professional association that serves public television licensees and educational entities in all 50 states, the U.S. Virgin Islands, and Puerto Rico. Since 1967, our reason for existing has been to connect public television people and ideas, by providing quality programming, educational resources, professional development, management support, and national representation. The red carpet awards event was held January 26 in Arlington, VA at the 2020 National Educational Telecommunications Association Conference, an annual gathering of public television professionals from across the nation. The competition, first organized in 1968, honors NETA member stations' achievements in community engagement, promotion, instructional media, and content production.