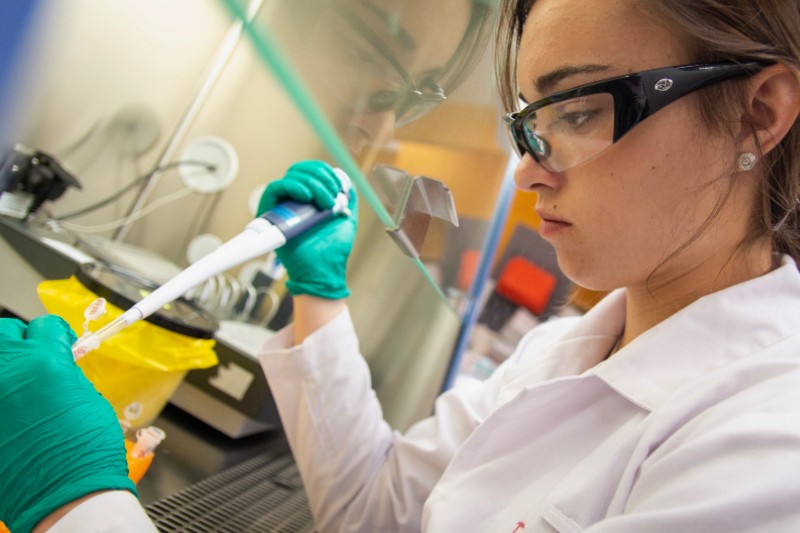 After completing a bachelor’s degrees in chemistry at UCM in May 2020, Jodi Pedersen, Warrensburg, is headed to the University of Minnesota to pursue doctoral study in chemistry this fall. Photo by McKenzy Rehfus.

WARRENSBURG, MO – Research opportunities and strong interactions with faculty members at the undergraduate level are giving University of Central Missouri (UCM) chemistry majors a leg up in pursuit of advanced degrees. For three UCM seniors, this means an opportunity to enter doctoral programs that not only advance their education and career possibilities but enable them to graduate with terminal degrees debt free.

After completing their bachelor’s degrees in chemistry at UCM in May 2020, Jodi Pedersen, Warrensburg, and Cole Scholtz, Grain Valley, are headed to the University of Minnesota to pursue doctoral study in chemistry this fall. Logan Hessefort, who resides in the Kansas City metro area, was looking for a more affordable option to his undergraduate program when he decided to transfer to UCM as a sophomore chemistry major during the 2017-2018 academic year. He is now moving on to Arizona State University in pursuit of a Ph.D. in chemistry.

After benefitting from an affordable program at UCM, all three of these students have opportunities that significantly help them cut the cost of their graduate education via stipends and other financial benefits.

“Simply put, doctorate chemistry programs are more like jobs than like undergrad,” Hessefort said. “Typically, grad school in chemistry involves two years of actual classes and the remaining two to four years are composed almost entirely of research. Additionally, while you are in graduate school you are assigned either a teaching assistantship or a research assistantship. These positions then qualify you for 100% of your tuition paid, a sizeable living stipend, and health insurance.”

As a first-generation college student, the ability to pursue a doctorate once seemed cost-prohibitive for Scholtz. His hard work at the undergraduate level paid off giving him an education which he believes stacks up against the education students receive from institutions across the country.

Other students leaving for Ph.D. programs were grateful for the instruction they received at UCM, their faculty mentors, and the opportunities to participate in meaningful research, both at the university and through various internships and related experiences. 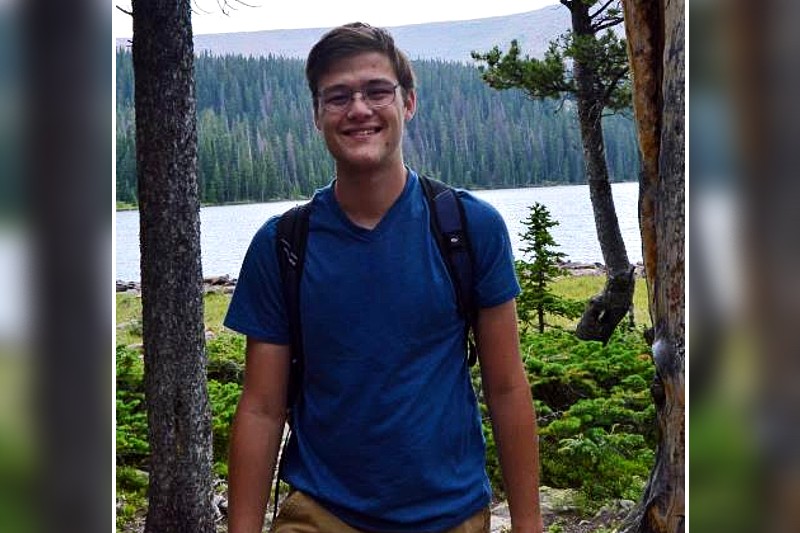 As a first-generation college student, the ability to pursue a doctorate once seemed cost-prohibitive for Scholtz. His hard work at the undergraduate level paid off giving him an education which he believes stacks up against the education students receive from institutions across the country.

“Undoubtedly, the research I’ve done here at UCM and at my internships has most greatly prepared me for grad school but also all the great instruction I’ve received while here at UCM,” Hessefort said. “All the chemistry professors have greatly helped me through this process, through the course work and counseling.”

“The faculty mentors at UCM truly made a difference in my education,” Pedersen said. “When I took general chemistry, I was a nursing major and kind of liked chemistry but as the course progressed the professors convinced me that I really liked chemistry. Over the next four years the professors were there to encourage me through the tough days and celebrate accomplishments.”

As undergraduates, all three students had the opportunity to broaden their knowledge of chemistry through National Science Foundation Research Experience for Undergraduates (NSF-REU) opportunities. These are very competitive programs in the summer that took place at other universities, according to Dr, Jay Steinkruger, associate professor of chemistry who taught all three students and worked closely with colleague Dr. Chen Zhou, associate professor of chemistry, as an advisor on research projects with Pedersen and Scholtz.

After his junior year, Hessefort spent a summer at the University of Kansas as part of an NSF-REU. Scholtz participated in an REU at the University of Utah in 2018, where he worked with researchers developing model catalysts to help design bio-fuel cells that are more efficient than traditional combustible engines. He also took part in a summer program at the University of Minnesota, where he got to work with a team developing small molecules and techniques to help understand a class of proteins called bromodomains, which are linked to diseases ranging from glaucoma to asthma to cancer. Pedersen’s initial REU took her to Saint Louis University in 2018, where she learned a lot about how research works. This whetted her appetite to dive deeper into the subject by participating in another REU experience in 2019. This one took her to the National University of Singapore Cardiovascular Research Institute, where she worked with chemical engineers, biomedical engineers, biochemists, biologists, and medical students.

“First, I went to Michigan Technological University in Houghton, Michigan, where I learned about virus purification methods and scientific communication,” Pedersen said. “Then, I went to Singapore to work on the project. While I was working on the project, I made weekly Twitter and Instagram posts to inform people in the U.S. what I was doing. I also learned how to work interdisciplinary and internationally.”

“Collectively, this experience helped prepare me for a Ph.D. program because I learned how to communicate with other scientific disciplines, communicate science to the public, work internationally, and learned more about science,” Pedersen added. 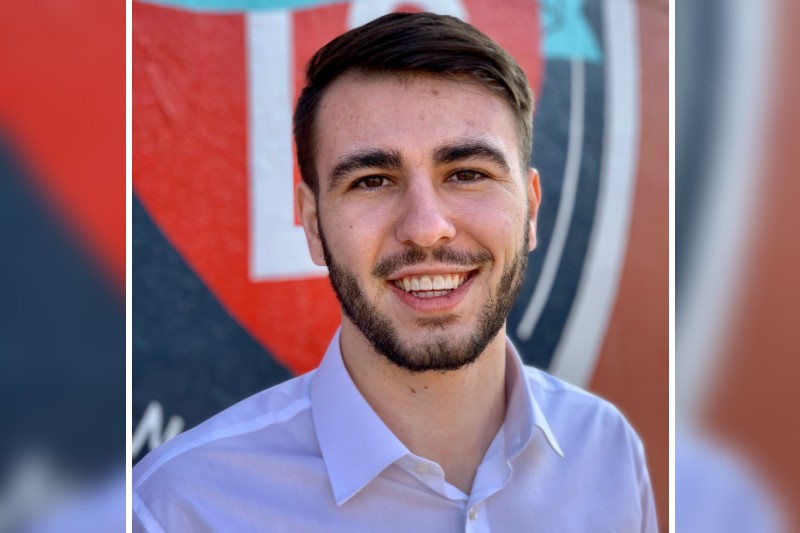 After his junior year, Logan Hessefort spent a summer at the University of Kansas as part of an NSF-REU. Scholtz participated in an REU at the University of Utah in 2018, where he worked with researchers developing model catalysts to help design bio-fuel cells that are more efficient than traditional combustible engines.

Steinkruger said the chemistry faculty at UCM take great pride in providing a rigorous program that will better prepare its graduates for advanced education. He attributes the success of these three students to their own personal drive and work ethic that allowed them to persevere as undergraduates - all qualities he expects to help them as Ph.D. candidates.

“What these stories nicely illustrate is that you can be a good old-fashioned Missouri public high school graduate that goes into a college setting, and if you work hard and take feedback and continue to improve yourself, you can go out there and be competitive with the very best students in the country,” Steinkruger said.

He also noted, “This really magnifies the importance of attending an affordable four-year institution like UCM. Students have access to outstanding educational programs at an affordable price. We’re talking about three adults that have the opportunity to earn terminal degrees in chemistry while accumulating very little student debt. That’s a rather incredible outcome in higher education in 2020.”