Missouri Governor Appoints Riverside Student to UCM Board of Governors 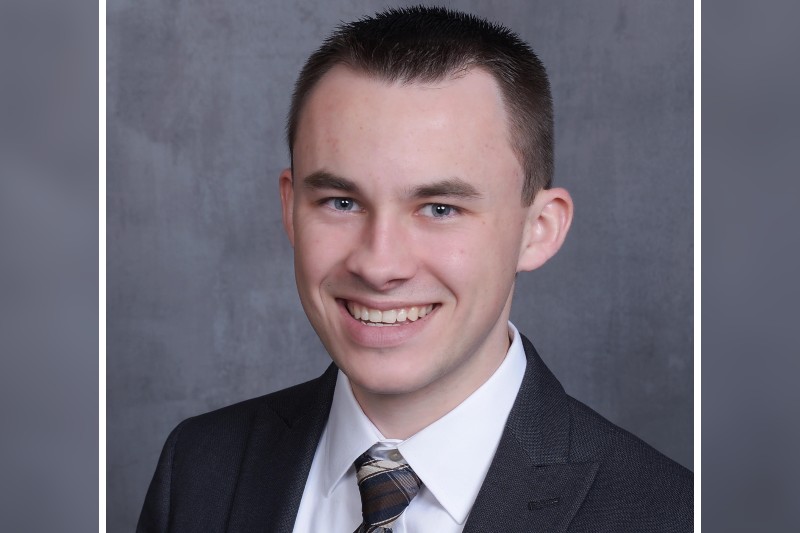 WARRENSBURG, MO – Adding to a growing list of leadership opportunities that are already on his young resume, Riverside, Missouri resident Zac Racy is now in a position to represent University of Central Missouri students as a student member of the UCM Board of Governors. He was appointed to his new post by Missouri Gov. Mike Parson.

Racy begins his board service and will be administered the oath of office Thursday, June 18, when the board convenes in a virtual meeting. His term is through Dec. 31, 2021, filling a position previously held by Casey Short, whose term expired Dec. 31, 2019.

A junior marketing major, Racy is the son of Mike and Kathy Racy, Riverside, and a graduate of Saint Pius X High School in Kansas City. He has a history of strong academic achievement and participation in student governance activities while enrolled at UCM.

In talking about his new role, Racy said, "I am excited to begin my work with the University of Central Missouri Board of Governors. The opportunity to represent the UCM student body on the Board of Governors is a tremendous honor. I am thrilled to have such an opportunity.”

He thanked Governor Parson; the Office of the Governor; members of the UCM Board of Governors; UCM President Roger Best; David Pearce, a former Missouri legislator who now serves as executive director of governmental relations; his professors; and all others who have allowed him to serve in his new role.

Racy said his main priorities in serving as the student governor include “maintaining a strong relationship between the Student Government Association and the UCM Board, regularly meeting with students and student organizations at UCM to learn more about students' experiences, and ensuring a smooth implementation of the student health fee implemented by SGA and the Board of Governors for this upcoming school year." He emphasized the role strong communication will play in ensuring the flow of information to students about important board actions and issues, and in making certain student input is shared with the board.

Racy brings to his board post a 4.0 grade point average and plenty of campus experience with various groups that has helped him build strong connections with students across the university. This includes serving as an SGA member, where he has been a Senate Floor Leader, and an SGA representative for Greek Life. He also served one year as a member of the Inter-fraternity Council, where he was vice president of finance and records.

Outside of UCM, he is active in church activities as a parishioner at St. Therese Parish in Parkville, Missouri.

UCM’s Board of Governors is the main policy-making body for UCM. Including the student member, there are eight individuals who serve on the board, all of whom are governor appointed.