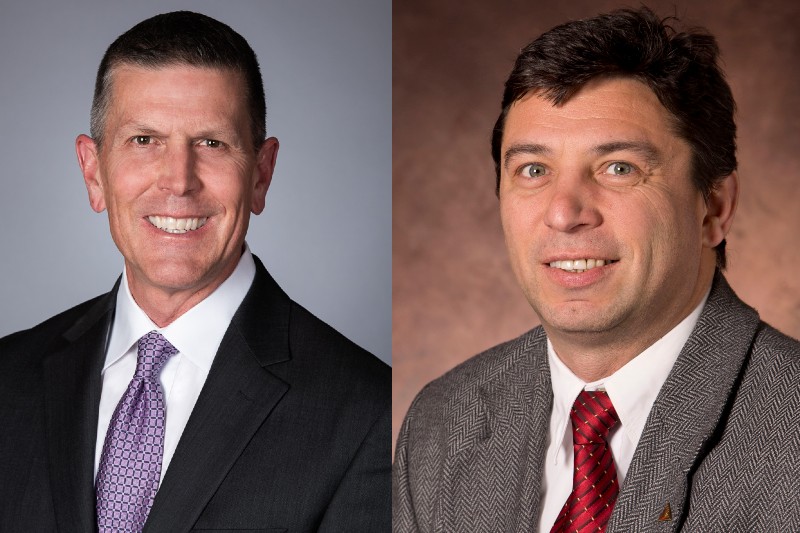 In its online announcement, Dr. Georgi Popov, CSP, QEP, ARM, SMS, CMC, FAIHA, professor in the UCM School of Geoscience, Physics, and Safety Science, and Bruce K. Lyon, CSP, PE, SMS, ARM, CHMM, a university graduate and safety sciences advisory board chair who serves as vice president of Hays Company of Kansas City, are recognized for contributing the first- and third-place articles in PSJ. Only 36 articles published in the journal are peer-reviewed, and this is the first time articles by the same authors have been selected among the journal’s top three published works during the same year.

Popov and Lyon said they are honored to be recognized for their contributions to PSJ, and pleased about their unprecedented accomplishment. Both men have a history of collaboration as co-authors, having published nine articles together, including a work that is currently in the review process. This is in addition to working on three textbook projects.

“The articles published by PSJ each year are of the highest quality in Occupational Safety and Health Field worldwide,” said Lyon, who has a Bachelor of Science in industrial safety and health (1981) and a Master of Science in occupational safety management (1999) from UCM. “We have the distinguished honor of having received the first-place award three times as co-author over the past five years.”

The first-place article was published in the November 2019 issue of PSJ, and is titled “Moving Risk Assessment Upstream to the Design Phase.” Also contributing to the article was David L. Walline, president of Walline Consulting, Ltd. The third-place article authored by Popov and Lyon was published in May 2019 and was titled “Risk Treatment Strategies: Harmonizing the Hierarchy of Controls and Inherently Safer Design Concepts.”

“Both articles were recognized for their practical applications. Some of the concepts included in the articles were included in technical reports and upcoming technical standards,” Popov said. “Our students also will benefit from such articles by gaining practical knowledge and applying it during internships and professional development.”

Popov described the collaborative spirit between both men as “the best academic – industry partnership.” He said it helps his efforts to provide practical/real world examples in the classroom.

The two safety professionals initially worked together in 2013 when Lyon invited Popov to contribute an interactive Excel-based tool to an article on ergonomics risk assessment. This work transpired into an “article of the year” recognition the following year.

“We are still using the article and the interactive tool in our ergonomics class,” Popov said. “The following year, we were challenged to publish a risk assessment textbook. In less than two years we had the book published. It is used by many other university programs. The amazing academia –industry partnership leads to research to practice publications. Meanwhile, we published one or two articles each year.”

While Lyon and Popov enjoy their recent accolades, their research and co-writing partnership appears to have a good future as they tackle more topics that will benefit individuals in the safety field.

“We believe that safety professionals should not be afraid to be creative when identifying and solving safety problems,” Lyon said. “We hope that our articles help inspire others to expand their thinking and explore areas outside of their comfort zone.”