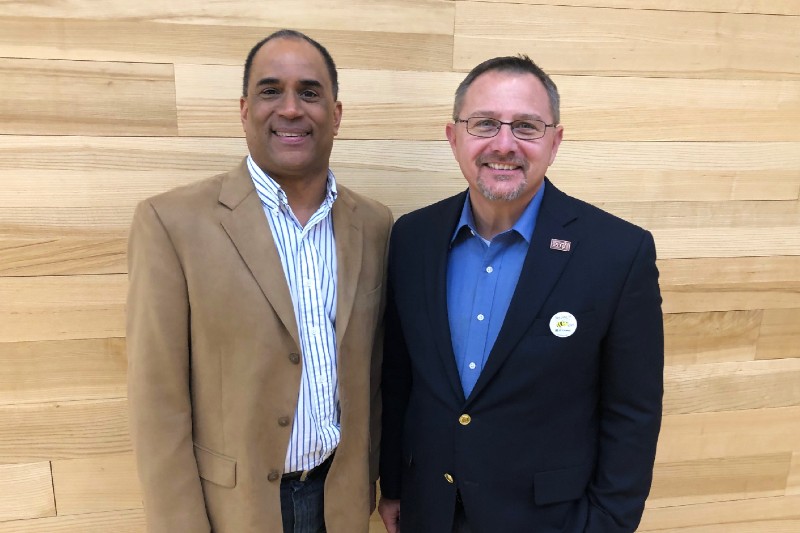 The collaboration has made significant progress since the formation of the Aerospace Academy Advisory Board during August 2019. The group of industry experts and regional stakeholders includes representatives from the Aircraft Electronics Association and ULTRAX Aerospace, both headquartered in Lee’s Summit; Duncan Aviation and Garmin, as well as officials from the City of Lee’s Summit and the Lee’s Summit Economic Development Council. Bonnesen and Mullins are leading the project for UCM and Summit Technology Academy.

During the city meeting, Aerospace Academy officials discussed the need for a program leading to jobs in this high-wage, high-demand field. Following the presentation, Mayor Bill Baird and several council members expressed their support for the new program.

Beginning in fall 2021, students will enter the program as high-school juniors with a focus on aviation-related fields such as avionics, aerospace engineering, aviation maintenance, unmanned/drone pilot, professional pilot and military aviation. The program is designed for both high-school and college students with a goal of enhancing the talent pipeline for a qualified workforce.

The Aerospace Academy is unique within the Midwest, said Mullins during the City Council meeting. “Our next steps are to continue to meet with our Advisory Board, to finalize the curriculum with industry and faculty input and ensure that the program is relevant to students,” he said.

The program has involved both the City of Lee’s Summit as well as Lee’s Summit Economic Development Council since its formation. The Aerospace Academy will operate out of the Missouri Innovation Campus, which houses UCM’s Lee’s Summit campus and Summit Technology Academy.

The University of Central Missouri is one of just a few universities with an aviation program as well as its own airport, located at the Warrensburg campus. The City of Lee’s Summit also operates a municipal airport.