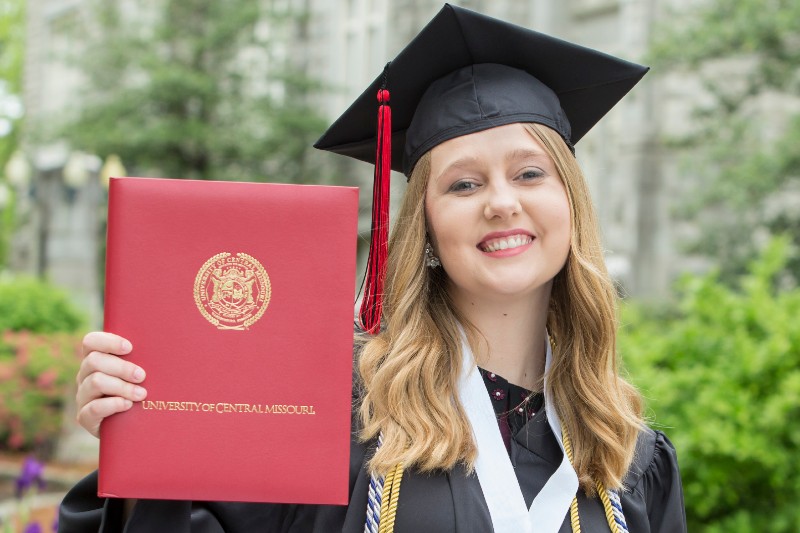 WARRENSBURG, MO – Striving to make education affordable and accessible, the University of Central Missouri has been recognized by the student finance bureau LendEDU for having one of the lowest national debt numbers for 2019 graduates. In an online feature which ranked colleges and universities from lowest (best) to highest (worst) based on their average debt per borrower data for the Class of 2019, LendEDU ranked UCM 199th nationally as a top overall school for lowest debt, and one of only three public universities in Missouri recognized in the top 200 nationally.

Despite national student loan debt reaching a severe $1.67 trillion, UCM continues to provide students with financial support and financial solutions as a college-level institution; for example, nearly $7 million in merit-based scholarships are awarded to students, according to LendEDU. Various other forms of aid and financial incentives are also provided to students by the university. This includes $21 million awarded in institutional aid in 2018-2019 and many private-funded scholarship opportunities made possible through the UCM Alumni Foundation.

Even in the troubling wake of world events, UCM remains one of the most financially committed universities for students in the state of Missouri and students nationwide, according to LendEDU. Many students considering their financial situations for college can rely on the university to continuously remain committed to providing an accessible, high-quality university experience for UCM students.

LendEDU is a financial information site and research group dedicated to providing tools and data for consumers seeking financial guidance. Collegiately, LendEDU has numerous resources available to students such as studies, editorials and even free guides.