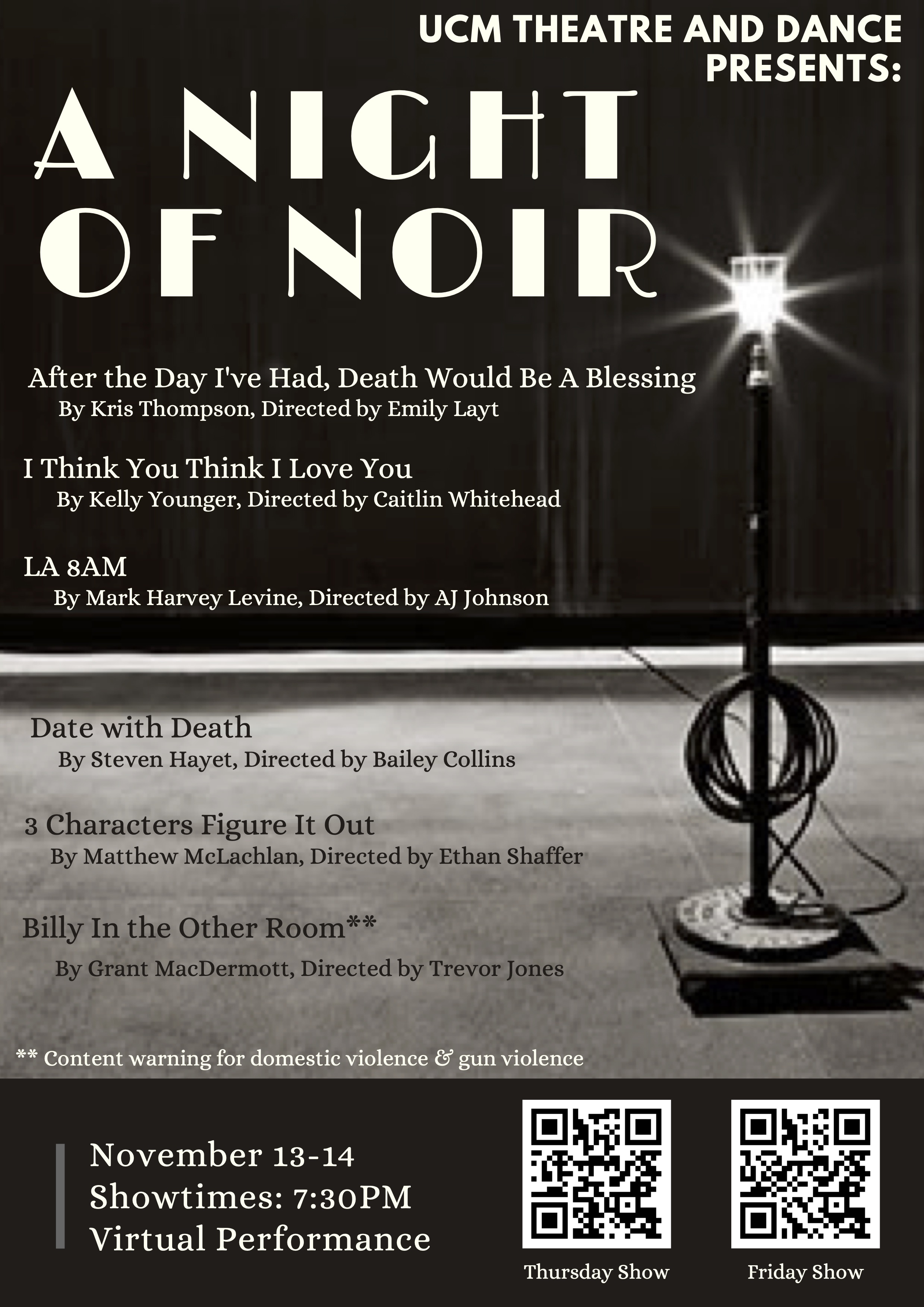 WARRENSBURG, MO – The University of Central Missouri will present a “Night of Noir” Studio Theatre One-Acts streamed on YouTube with performances set for Friday and Saturday, Nov. 13-14. The house opens at 7:15 p.m., and the shows begin at 7:30 p.m. This production will be streamed online via YouTube with free admission.

“Billy in the Other Room” has a content warning for domestic violence and gun violence.

The casts for the One-Act plays include: “After the Day I’ve Had, Death Would Be a Blessing,” Ashton Bennet as Mallory and Demetrius Hampton as Dennis. The cast for “I Think You Think I Love You” includes Gracie Heath as Branwyn and Finn Juliano as Mark. The “LA 8AM” cast includes Joshua Barner as AAA, Riley Given as GGG, Luke Englert as Kevin, and Anna Braman as Paige. “Date with Death” cast includes Alyce Wilson as Angela, Carlos Gomez as David, and Sabrina Ortiz as Karen. The “3 Characters Figure It Out"cast includes Luke Englert as Stage Directions, Raheem Fielder-Bey as Stage Manager, Jennifer White as Character 1, Katie Marshall as Character 2, and Ryan Haywood as Character 3. “Billy in the Other Room” includes cast members Thomas Clark as Nathan, and Alexa Scrivener as Karen.