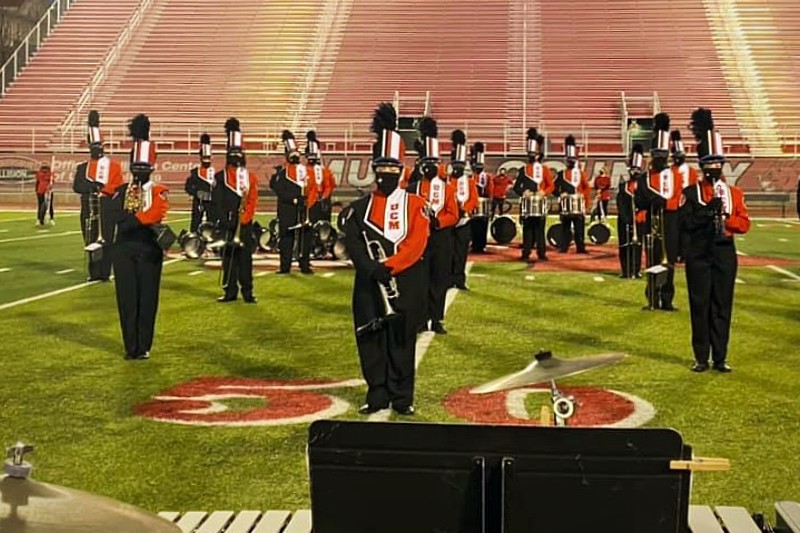 WARRENSBURG, MO – While collegiate marching band performances were limited during the fall due to the pandemic, five members of the University of Central Missouri’s Marching Mules have a rare opportunity to perform for a national audience in a virtual presentation with hundreds of college and university students.

The performance was conceived by a team of college band directors, corporate partners, arrangers, and choreographers, who have come together to pull off a performance unlike any other by forming the largest collegiate marching band ever assembled, the CBDNA Intercollegiate Marching Band. Through their participation, members of the Marching Mules will join nearly 1,500 individuals representing more than 200 college bands.

Event organizers assembled the band to provide an opportunity for collegiate marching band members to use their talents at a time when many of them have been sidelined due to COVID-19. Historically, marching bands have long been a highlight of halftime performances on college and university campuses, including UCM which also had to cancel activities such as Homecoming where the Marching Mules delight audiences of thousands of people every year.

"As Director of Athletic Bands at UCM, we have worked very hard during this season to offer unique opportunities to our marching band students,” Dr. Julia Baumanis said. “Although many ‘norms’ were taken away from us this season, there were many ‘silver lining’ moments for us, including our Virtual Festival of Champions’ event. Having our students participate in this nationally televised event (CBDNA) along with college marching band students across on the country is another way in which the world of collegiate marching band has continued to be innovative during the pandemic.”

She added, “A performance during the College Football Championship is usually only reserved for the bands associated with the schools playing in the game. Now, UCM will be a part of the halftime show and our brand new marching band uniforms will be shown to all who tune in. It’s a fantastic opportunity, and we are very excited to be a part of it."

The Marching Mules have a long tradition of serving UCM as the musical ambassadors for the university community. This performing group consists of students from almost every department and major on campus, providing excitement on and off the field during the football season.