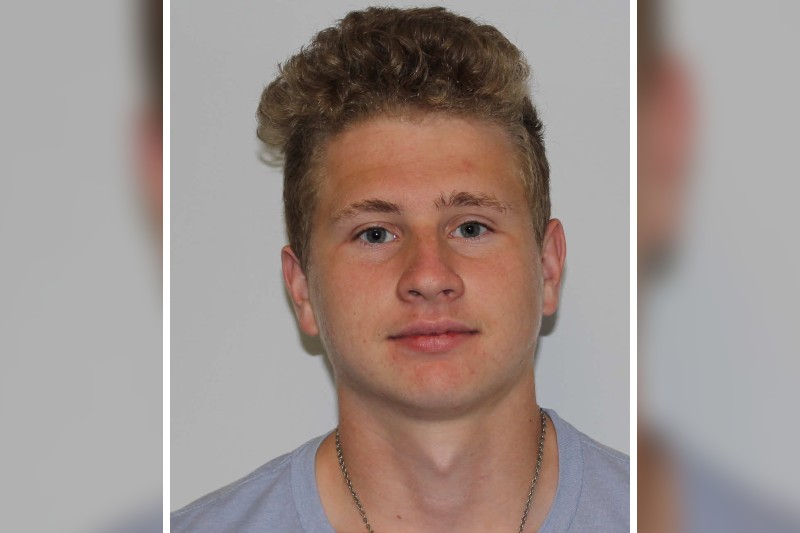 WARRENSBURG, MO – In an event that showcases quality student research, Brett Greufe, a University of Central Missouri junior criminal justice major from Pleasant Hill, Missouri, was recently awarded second place in the upper division for a virtual poster he created in competition with students from five universities.

The competition included virtual poster categories for graduate students, juniors and seniors (upper division) and freshmen and sophomores (lower division) with awards presented to the top three entries in each division. According to Gregg Etter, Ed.D., professor of criminal justice at UCM, the poster submitted by Greufe was created as a class project in Etter’s Criminal Investigation course during the fall 2020 semester.

Etter, who also advises UCM’s 18-consecutive national championship Lambda Alpha Epsilon - Gamma Epsilon Delta Chapter of the American Criminal Justice Association, has a long history of looking for opportunities to help students gain critical thinking skills that they will need to further their careers. He had previously worked with Carter Smith, J.D., Ph.D., at MTSU to establish a poster competition in 2015. It became a virtual event two years later.

“Carter and I wanted to put together something for undergraduate students to be able to put on their resume to help them gain employment and to get into graduate school,” Etter said, pointing out that most poster competitions are geared toward students who are already pursuing advanced degrees. The MTSU event not only gives graduate students an opportunity to demonstrate their research skills, but it also opens opportunities for students to experience research at a much earlier level. Such experiences are particularly valuable, if they hope to advance their education goals.

“Posters are a staple in graduate work. This gives our students a leg up going into master’s and doctoral programs. It’s an opportunity for UCM students to further their education,” Etter said.

He noted that the MTSU competition is always in the fall, and UCM criminal justice and criminology students have participated every year since its inception. The event encourages academic excellence.

Unlike a traditional poster competition, where a student makes a large-scale printed poster with graphics and written descriptions of their research and physically presents it to an audience, the virtual poster contest is presented via a PowerPoint slide. A panel of judges uses a rubric or point scale to determine the best works.

Greufe commented on the experience, noting, “Creating the virtual poster was beneficial to me given that it was my first time entering a poster competition and it required me to extend my research outside of class. Earning a high placement in the MTSU competition showed me that putting in time and effort in what you do regardless of what it is can get you results you may have never expected.”

After earning his degree from UCM, Greufe plans to pursue a career in law enforcement. His goal is to become a Deputy United States Marshall.