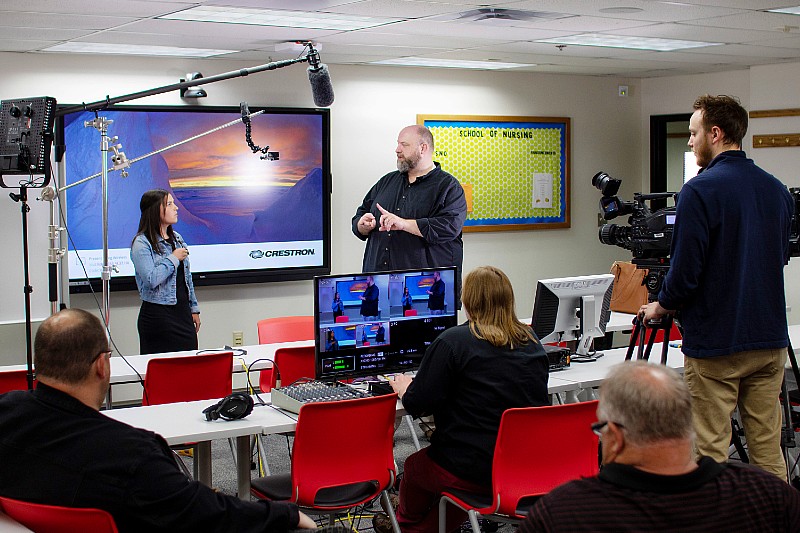 WARRENSBURG, MO – The University of Central Missouri College of Education and UCM’s public television station KMOS-TV were honored by public media professionals with two awards for the creation and broadcast of 72 lessons designed to help families in preparing their elementary school children for the fall 2020 semester, and to make up for the school closures last spring.

The lessons were designed and taught by three UCM early elementary educators under the guidance of Dr. Angela Danley, UCM associate professor and undergraduate program coordinator for elementary education. KMOS-TV partnered with the college to facilitate, produce and broadcast the series, which will be rebroadcast on KMOS in summer 2021.

KMOS received a third award - in the category Marketing/Communications: Promotion. This was for a special promotional video for the KMOS series on Missouri artisans titled “Making,” which premiered in the fall 2019.

The UCM College of Education

The UCM College of Education has a longstanding tradition of producing quality educators since its founding in 1919, and the institution’s beginning in 1871 as the State Normal School for the Second Normal District of Missouri.

KMOS serves the citizens of 38 central Missouri counties with high quality, educational content and experiences online, over-the-air and in our communities. The station is integral to engaged learning as a professional learning lab for students from a variety of disciplines at the University of Central Missouri. KMOS-TV broadcasts programming on four channels throughout the region with programs for all ages on 6.1, lifestyle and how-to programs on 6.2, international news and dramas on 6.3, and a full schedule of kid’s programming to fit the schedule of every busy family on 6.4.