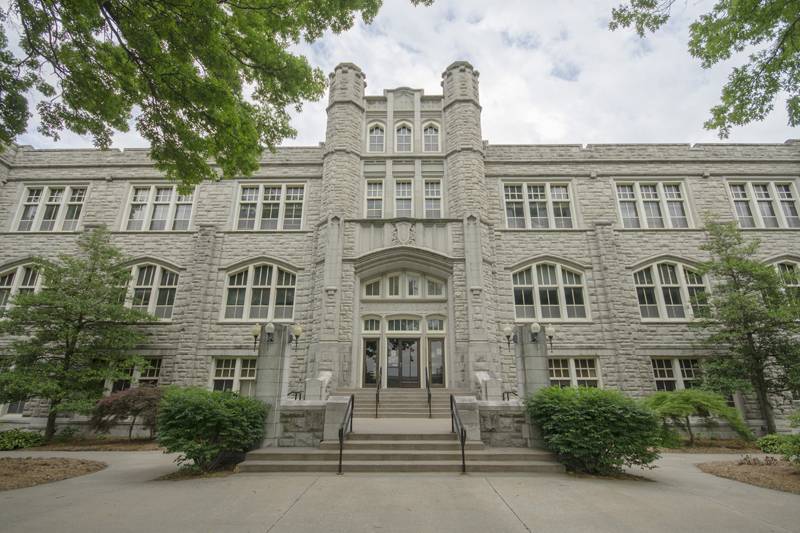 WARRENSBURG, MO – Capital and operating appropriations requests for Fiscal Year 2023, contracts related to Multipurpose Building roof improvements, transportation services, and electronic door security enhancements were among action items approved by the University of Central Missouri Board of Governors during its June 10 plenary session. The board also approved its 2021-2022 slate of officers with Steve Abney, Warrensburg, continuing his second year of service as president; naming Ken Weymuth, Sedalia, vice president; and Mary Dandurand, Warrensburg, continuing her long-time service as board secretary.

Board action on several other matters followed presentations by Bill Hawley, vice president for finance and operations. He updated the board on legislative decisions that have taken place since the April 22 plenary session that could benefit the university financially.

Among these decisions is the Missouri General Assembly’s approval of the state’s FY 22 budget, which must now be considered by Governor Mike Parson by June 30. The appropriations bill would allot approximately $55.7 million in net state funding for UCM, representing an increase of nearly $1.99 million in expected new revenue for the upcoming fiscal year.

The board in April approved a $147.4 FY22 budget that was built on projected state appropriations of $53.7 million. The UCM budget also was contingent upon a HEFSA waiver related to 2021-2022 tuition rates that now has been approved by the Missouri Commissioner of Higher Education. In establishing these rates in March, the board authorized the implementation of a $258.25-per-credit hour blended rate for resident undergraduate on-campus and online courses for FY22. It also set graduate student tuition increases ranging from 1.4 to 5.7 percent.

The FY 22 budget represents the second fiscal year of a three-year plan to address financial challenges that were bought on by decreases in state funding and a decline in enrollment. In adjusting its revenue projections with the recently announced proposed state increase in appropriations, Hawley said the university must also consider the uncertainty of fall 2021 enrollment due to possible COVID-19-related travel restrictions that could potentially impact international students.

While the university prepares for the upcoming fiscal year, the board also is looking to the future by authorizing the submission of requests to the Missouri Department of Higher Education and Workforce Development (MDHEWD) for FY 23 appropriations totaling approximately $59.9 million as well as the submission of the university’s FY23 capital funding request. This basically includes a “wish” list of 14 new construction and renovation projects and eight deferred maintenance priorities.

In other business, the board approved a contract with Weatherproofing Technologies Incorporated to provide all labor, materials, and provisions necessary for the replacement of 105,300 square feet of an existing section of the roof at the Multipurpose Building. The section of ethylene propylene diene monomer (EPDM) single-ply roof has exceeded its useful life of 20 years. The contract will cost UCM $504,357.

The board authorized entering a contract with Crossroads Tours to provide shuttle bus services between Warrensburg and Lee’s Summit during the summer, fall, and spring semesters for a one-year period with four one-year renewal options through July 2026. The one-year contract is for approximately $273,168. If all four renewals are used, it will be approximately $1,365,840.

A three-year contract with two one-year renewal options for athletic team transportation was approved with Village Travel and Windstar Lines for the estimated cost of $126,000 annually. Hawley noted that many bus companies have gone out of business or reduced their fleet due to COVID-19. Utilizing two bus companies will ensure that Athletics will be able to secure buses. It also gives the university an opportunity to ensure better pricing per game, rather than being locked down to one supplier’s price.

The board awarded a contract totaling $2,786,610 to Automatic Door Systems to provide building access upgrades by installing touchless entry solutions. This electronic access system will provide UCM Access Control the ability to program access points throughout campus to allow only individuals who are authorized to enter buildings or specific areas within buildings. This system will allow dispatchers to monitor specific doors to see if they are propped open as well as provide an audit trail to determine who has entered a specific area. It will also provide police dispatchers the ability to lock or unlock all doors or specific doors with electronic access during an emergency.