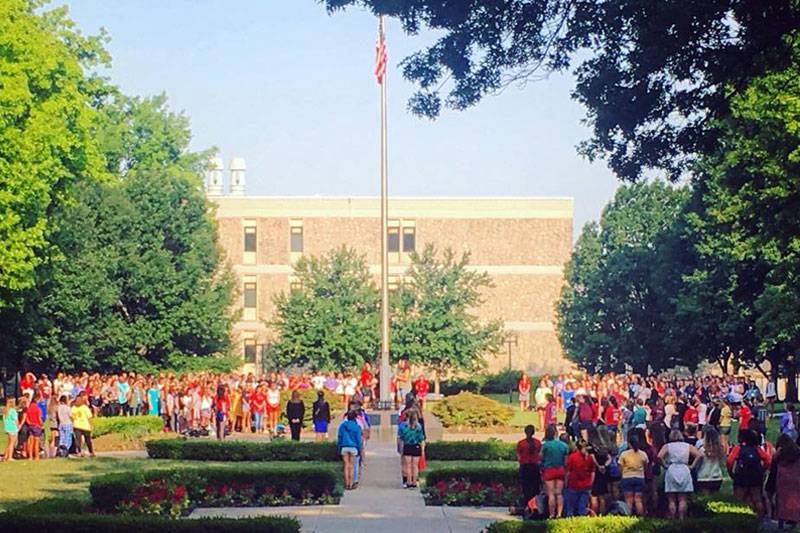 WARRENSBURG, MO – Continuing a tradition that has taken place on the University of Central Missouri campus since 1998, high school girls from across the state will converge on UCM the week beginning Sunday, June 20, to participate in the American Legion Auxiliary Missouri Girls State.

This event at UCM was canceled in 2020 due to the pandemic. It annually includes about 800 young women who have completed their junior year of high school. They are chosen to participate by both their schools and the ALA members who work with schools to select participants who display good leadership characteristics.

During the weeklong interactive leadership program, participants will learn more about how government and representative democracy works on three levels. They will actually create a simulated government, and will elect Girls State members to serve as public officials for local, county and state offices. The experience includes learning about the legislative, executive and judicial branches of government.

Also during the week, there will be a number of guest speakers who will share insights into government and other issues that will help enhance the overall Girls State learning experience. Sessions with scheduled speakers will be limited to Girls State participants, and will include:

At the city level, the participants will create and enforce ordinances, and create and manage a city budget. County officials will be responsible for creating and managing a county budget, and will be tasked with developing and executing a state fair. State officials will include an elected bicameral legislature and an elected executive branch, both modeling Missouri state government. The participants will also create a court system that models Missouri's judicial branch, with trial judges being elected and the seven-member Supreme Court being selected using a modified version of the Nonpartisan Court Plan, commonly known across the country as the Missouri Plan. Other events in the week include a recreation night and talent show.