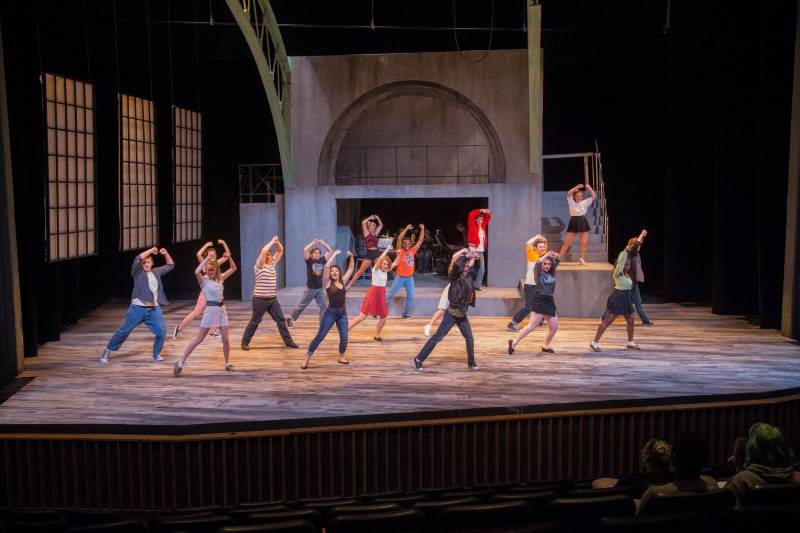 The James L. Highlander Theatre, which has featured productions such as "Footloose," will celebrate its 50th anniversary of live performances Nov. 19.

WARRENSBURG, MO – The University of Central Missouri Division of Theatre and Dance will celebrate the Highlander Theatre’s 50th year on Friday, Nov. 19, prior to the evening performance of “Elf The Musical.”  This event takes place on the same day that the theatre opened five decades ago with the production of “Hamlet” on Nov. 19, 1971.

In celebration, a small reception with light refreshments for registered guests will begin at 6 p.m, followed by the rededication of the Highlander Theatre at
6:30 p.m. This event will include remarks by emeriti faculty, alumni, and guests. Following the ceremony, the Highlander Theatre will reopen for the first production since the pandemic halted live indoor theatre at this UCM venue. Before the show begins at 7:30 p.m., there also will be a special presentation of the Ed See Outstanding Theatre Alumnus Award to Carl Hutcherson, a former Eldon resident who currently resides in Warrensburg.

Professor Emeritus Ed See, on his retirement from the UCM, established the Ed See Outstanding Theatre Alumnus Award through the University Foundation. The purpose of the endowment is to honor UCM Theatre alumni who have in some way distinguished themselves in theatre education, community theatre, or in some area of professional theatre, and have demonstrated commitment and love for the theatre arts. The award recognizes those alumni who have honored their alma mater through their dedication and various theatrical achievements.

Hutcherson is a 1995 graduate of Eldon High School, and a 1999 graduate of UCM, having earned a Bachelor of Fine Arts (Technical Theatre). He has had a love of the performing arts from a very early age. While this has included participation in numerous performing groups at his church from choirs and hand bell
choirs to drama troupes, he credits his high school theatre program for helping him find his true passion in theatre. From there, it wasn’t long until he found a home behind a light board running shows.

Hutcherson began his education at what was then known as Central Missouri State University in the summer of 1995, enrolling as a math education/computer science major.  In the spring semester of his freshman year, he began volunteering in the theatre department’s scene shop and very quickly transitioned to a theatre major. 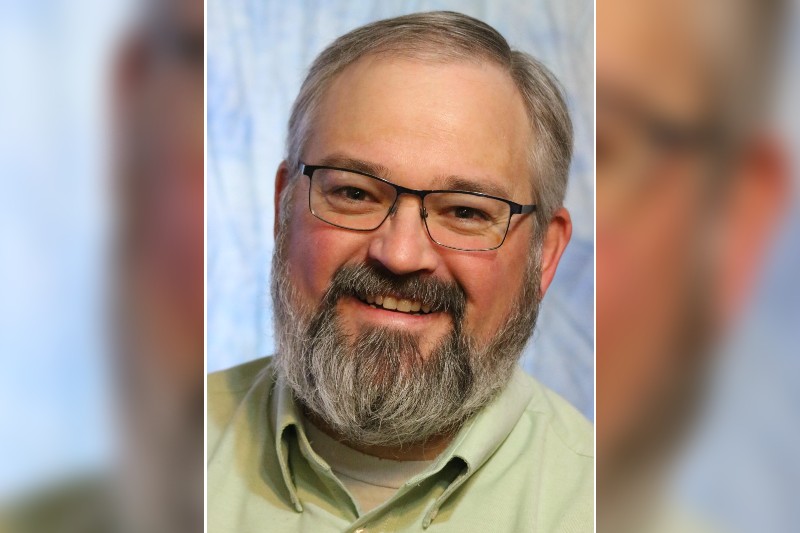 Before he graduated from UCM, Hutcherson started working in 1997 as a part-time draftsman at Peerbolte Creative, a theatrical consulting firm founded by one of his professors, David Peerbolte. When he completed his theatre degree in 1999, Hutcherson moved to full-time work for the same employer. In 2001, an opportunity opened up to become the theatre manager at The Robert B. Atkin Performing Arts Center at Raytown High School. He was employed at Raytown High School from 2001 to 2006 as the theatre manager, where he closely worked with all performing groups at the school and taught high school students scenic and lighting design and construction. During this time, he continued working part time for Peerbolte Creative.  In 2006, Hutcherson returned to working full time at Peerbolte Creative, taking over as systems designer and becoming a project manager. Serving for more than a decade as senior consultant, he was involved with a large variety of projects ranging from lighting system upgrades to full lighting and rigging systems in new construction. In 2009, he obtained the credential, Entertainment Technician Certification Program (ETCP) Certified Rigger-Theatre, which he still holds.

In 2019, Peerbolte retired and Hutcherson took over leadership of Peerbolte Creative, where he now serves as the principal consultant and owner. In addition to his varied work in the construction industry, Hutcherson has maintained active work as a theatre artist. He was a founding member of Askew Theatre in Warrensburg, participating in various productions. He has been the technical manager at Liberty Center Association for the Arts (LCAA) since 2013; junior theatre programming director at LCAA since 2019; and was the interim theatre programming director from 2019 to 2021.

Hutcherson is proud to have helped create the David R. Peerbolte Technical Theatre Scholarship. This is a $1,000 endowed award presented annually to a UCM student who has displayed excellence in technical theatre.

The Highlander rededication event is free to those who wish to attend, but registration is required. To register, please click here.