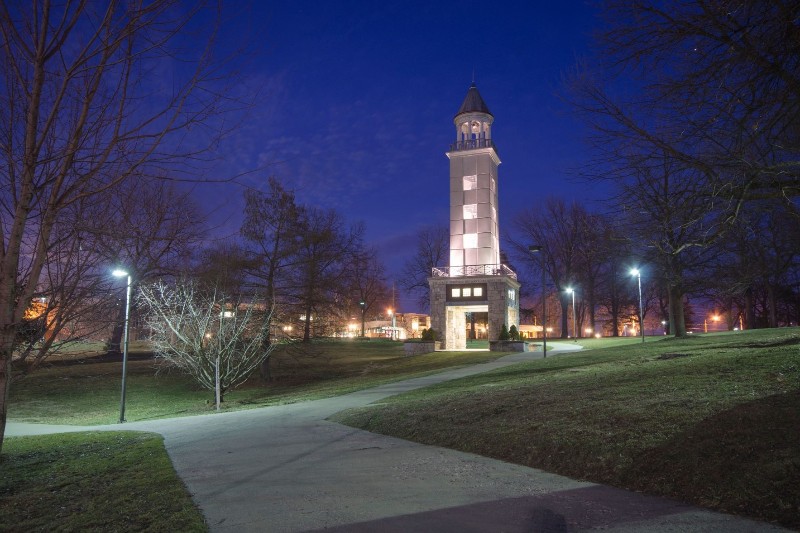 The Maastricht Friendship Tower is a welcoming beacon to University of Central Missouri students from across the globe who come to one of Forbes' top 600-ranked colleges and universities to study.

WARRENSBURG, MO – Business and industry magazine giant and digital content producer Forbes recently released its 2021 rankings of the top 600 universities in the United States. The list, conducted and published by the company, includes the University of Central Missouri, which ranked 530 among all public and private institutions.

For the 2021 rankings, Forbes used a new ranking methodology inspired by the increasing importance of education in a pandemic world. This year, the company accounted for low-income student outcomes as well as utilizing a giant federal database to tally graduate earnings.

The methodology used for the Forbes ranking consisted of drawing information from a large pool of accredited institutions of higher education. The main principals driving the ranking were grading institutions on alumni salary, college debt, return on investment, graduation rate, placement on the Forbes American Leaders List, retention and academic success. Data, information and metrics obtained for the ranking were derived from the College Scorecard and the Integrated Postsecondary Education Data System (IPEDS); PayScale, a salary reporting and comparison company; Third Way, a think tank based in Washington D.C. that developed the Price-to-Earnings Premium; and the National Center for Science and Engineering Statistics (NCSES).

UCM’s ranking was related to factors such as a high median 10-year salary of over $80,000 and a low average debt for students. The ranking also noted the university’s prestigious legacy as one of the oldest universities in the state of Missouri and UCM’s 16 academic schools that collectively offer more than 150 degree programs, providing students a flexible higher education experience.

For more information about the University of Central Missouri, including enrollment opportunities, visit ucmo.edu.