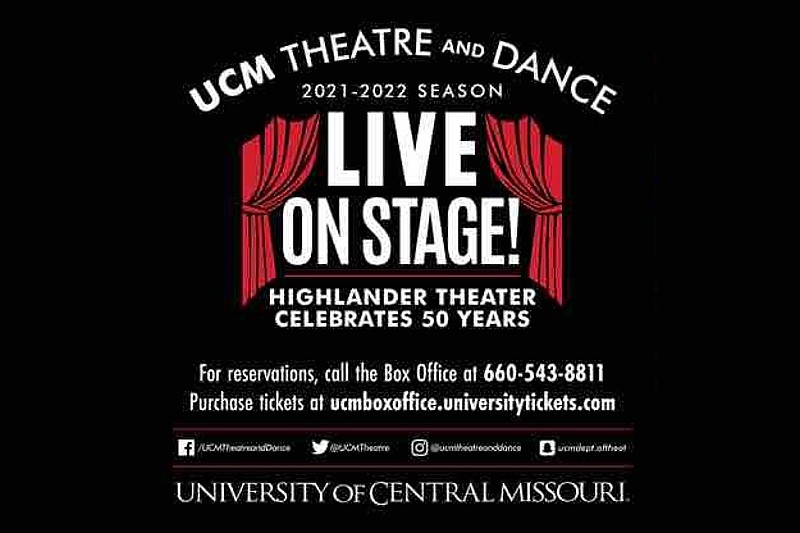 WARRENSBURG, MO – At the same time preparations for Spring 2022 stage productions are underway, Theatre and Dance students and faculty at the University of Central Missouri are being recognized for excellence in multiple areas by the Region V Kennedy Center American College Theatre Festival (KCACTF).

During the virtual festival, Jan. 16-22, Charlotte Sipple, a senior Bachelor of Fine Arts in Musical Theatre major, was selected as a semi-finalist in the Musical Theatre Intensive. Luke Habjan, a junior BFA Design/Technology major; TiJhana Hines, a sophomore BFA Musical Theatre major; and Jace Nielsen, a junior BFA Theatre Performance major, all advanced to the semi-finalist round of the Irene Ryan Acting Competition. Nielsen and his partner, junior BFA Theatre Performance major Ryan Foster, also advanced to the Final Round of the Irene Ryan competition among the top 16 college performers from 185 competitors.

In announcing the awards, KCACTF Artistic Director Gregg Henry cited colleges and universities were at the vanguard of innovation in the field of theatre amid the pandemic. He noted, “In this time of national strife, great losses, and fracture, it’s both gratifying and heartening to see the principles of innovation, ensemble and collaboration deployed to such great effect.”