Six Individuals Will Be Honored This Weekend as Distinguished Alumni

WARRENSBURG, MO – Along with traditional events such as a parade and football game, the University of Central Missouri’s 2022 Homecoming celebration will also be an opportunity to recognize six individuals whose professional achievements and volunteer service has earned them recognition as UCM Distinguished Alumni. This is the highest form of recognition given to alumni at an annual ceremony sponsored by the UCM Alumni Foundation. This year’s awards will be presented during the Distinguished Alumni Dinner at 5 p.m. Friday, Oct. 14 in the Sandra Temple Elliott Ballroom of the Elliott Student Union.

The Distinguished Alumni Award Dinner is part of a busy weekend, Friday and Saturday, Oct. 14-15, that also includes the annual Homecoming Parade that extends from the UCM campus through downtown Warrensburg, followed by a football game featuring the Mules against the Missouri Southern State University Lions at 1:30 p.m. at Audrey J. Walton Stadium at Vernon Kennedy Field. The theme for this year’s festivities is “University of Central Missouri Feeling ‘22.” Learn more about these and other events by visiting ucmfoundation.org/2022-Homecoming.

Since 1978, the UCM Distinguished Alumni Award has honored alumni considered esteemed by their peers as the “brightest and most distinguished” in their field. They have been suggested by their friends, associates and former professors to receive the award. The Distinguished Alumni Award for Service was established in 2012 to honor individuals who have given generously of their time, talent and resources to enhance the university, their community or both, and are a true inspiration to all UCM alumni. Formerly known as the “Outstanding Recent Alumni Award,” the Distinguished Alumni Award for Early Service recognizes alumni who achieve early career success and must be 40 years of age or younger at the time the award is received. Additional information about each of this year’s honorees is provided below. 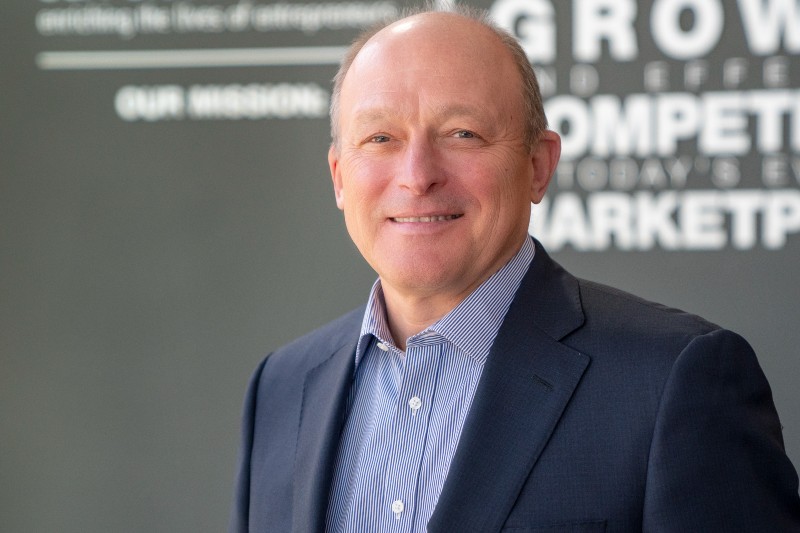 Richard Wilson Bennet III, ’74, Distinguished Alumni Award
After graduating with a bachelor’s degree in 1974, Richard Wilson Bennett III began working for May Department Stores, and after 20 years became the youngest CEO of Famous Barr, one of May’s flagship businesses. He then became CEO of Kauffmann’s Department Stores in Pittsburgh before returning to St. Louis as vice chairman of the May Department Stores Corporation. When May reorganized in 2002, Wilson pursued an MBA at Washington University in St. Louis, where  he graduated with honors and received the Emory Award for scholarship, character and leadership. He re-engaged with Sigma Phi Epsilon, his college fraternity, where he served as president at UCM, and served 12 years on Sig Ep’s national board of directors. He spent two years as a grand president and is now president of its Educational Foundation. The Richard W. Bennet III Balanced Man Scholarship was established with his fraternity brothers. As someone who loves the mountains of northwest Montana, he has served for 20 years on the Glacier National Park Conservancy and is currently its chairman. For the past 15 years he has served as CEO of CCA Global partners, a cooperative of 3,000 independent family-owned retailers in the home improvement business, and is an independent director of Ace Hardware, a cooperative of 5,000 family businesses. He is also executive chairman of both Franklin Madison Group and International Designs LLC, and has served as an adjunct professor at the Olin Business School at Washington University. 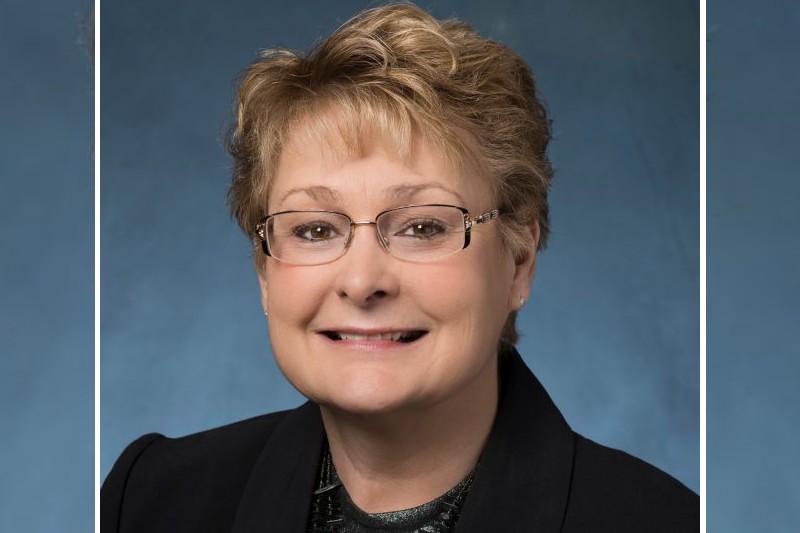 Beth Tankersley-Bankhead, ’83, Distinguished Alumni Award
As a first-generation student from Versailles, Missouri, Tankersley-Bankhead completed her bachelor’s degree in Elementary Education from UCM in 1983, then went on to earn a master’s in Guidance and Counseling from Eastern Illinois University. While pursuing her education at UCM, she was one of the first resident assistants at a time when the university was transitioning away from the old structure of male students living on one side of campus and women on the other under the watchful eye of “house mothers.” After completing her master’s she was hired as assistant director and later director of resident life at the University of Nebraska-Kearney. In order to pursue her dream of being in education, she took a position in Independence as director of field services for Kappa Delta Pi, the international education honor society in which she was a member at UCM. In 1997, she returned to UCM as the director of community engagement, collaborating with students, faculty and administration as well as the greater Warrensburg community to create an inclusive campus environment,. After earning her Ph.D. in Educational Leadership and Policy Analysis while serving  as executive director of Associated Students of the University of Missouri, she became executive director of the Missouri College Advising Corps, where she expanded the program from nine to 41 college advisors serving in 40 urban and rural high schools statewide. In 2015, she became the first director of postsecondary initiatives at the Ewing Marion Kauffman Foundation, and helped launch KC Scholars in 2016, providing scholarships to more than 6,100 low-income students from 108 high schools in a six-county, bi-state region of Kansas City. 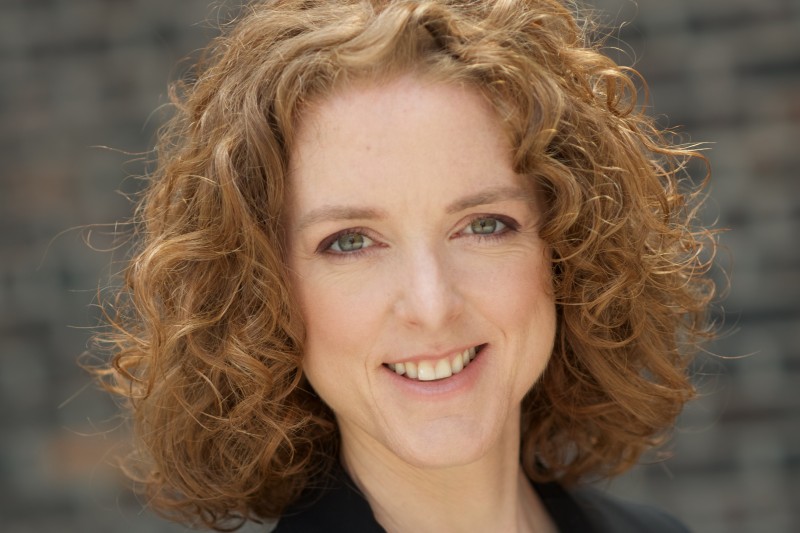 Allison Jaslow, ’04, Distinguished Alumni Award for Early Achievement
Graduating with a bachelor’s degree in political science from UCM in 2004, Allison Jaslow today is nationally recognized as a leading voice on the military-civilian divide and the challenges faced by women in the military. She came to UCM on an ROTC scholarship after attending Wentworth Military Academy in Lexington, Missouri. Upon her graduation from the university, she was sworn into the U.S. Army and went to an officer basic training program before being sent to Kuwait. She served two tours as an Army captain in Iraq, earning the Bronze Star Medal and the Army Commendation Medal with a Bronze Oak Leaf Cluster. After her tours of duty, she put her political science background to work in an internship at Emily’s List in Washington, D.C., and then used her connections to land a job working on her first political campaign. She went on to serve as chief of staff to Illinois Congresswoman Cheri Bustos, as a press secretary for former Virginia Senator Jim  Webb and as a communications aide in the White House. Jaslow has twice testified before Congress and appeared on national news programs such as NBC’s “Today Show,” CNN’s “Anderson Cooper 360 ,” MSNBC’s “Rachel Maddow Show,” and the “CBS Evening News.” She has contributed to numerous nationally and internationally known news organizations, and has led impact partnerships with films such as Warner Brothers’ “Dunkirk,” Netflix’s “War Machine,” and the independent film “Blood Stripe,” which depicts a female Marine’s transition from combat to civilian life. She is currently a consultant and adjunct professor at Duke University in Durham, North Carolina, and teaches classes in political campaigning and women as leaders. She is a former executive director of the Democratic Congressional Campaign Committee and served on the board of directors for the Center for Law and Military Policy and the 2LT Richard W. Collins Foundation. 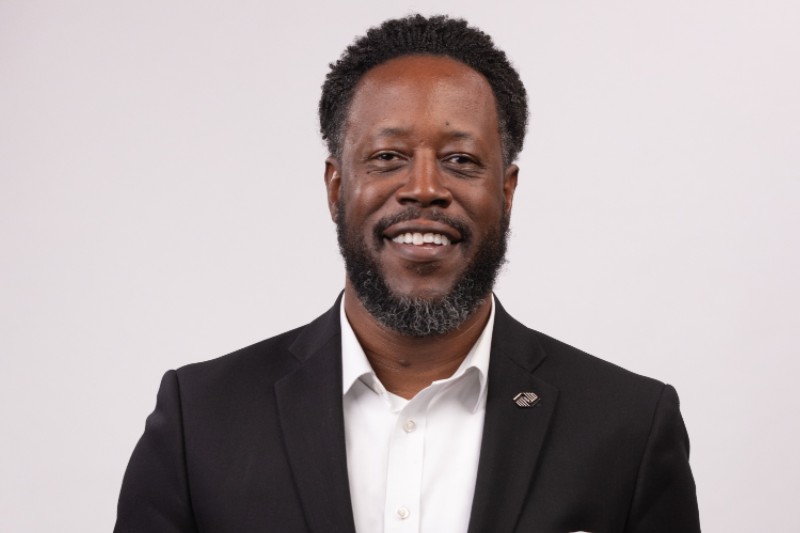 Dred Scott, '00, Distinguished Alumni Award for Service
Having faced challenges such as unstable housing and food insecurity as a youth being raised by a single mother, Dred Scott's career has come full circle with opportunities that have enabled him to help youth from similar circumstances develop their full potential. Since August 2022, he has served his hometown as president of the Civic Council of Greater Kansas City, working with civic, business and education leaders to address complex community challenges in order to build a more vibrant and equitable city. This position followed his previous service, beginning in 2018, as president and CEO of the Boys & Girls Clubs of Greater Kansas City, a position he took after leaving a longtime career as a teacher and administrator. Benefiting from the encouragement of his mother, he pursued a higher education that began with a bachelor’s degree in elementary education at what was then Southwest Missouri State University in Springfield. While he was working toward his undergraduate degree, he got a job at the Boys & Girls Clubs, and with his diploma in hand he then landed his first teaching job in the Raytown C-2 School District, where he was honored during his third year in the profession as the district’s Teacher of the Year. At age 26, he became principal of the Raytown elementary school with the highest at-risk student population, and led the staff in transforming the school from the lowest performing to one of the highest. He furthered his education by earning a master’s degree in Elementary School Administration at the University of Central Missouri, which he completed in 2000. He went on to become a deputy superintendent at the Independence School District, and later served as an adjunct professor at UCM. He earned a doctorate in Educational Leadership from Baker University in Baldwin City, Kansas, and also served as executive director of support services at the Raytown district’s central office. 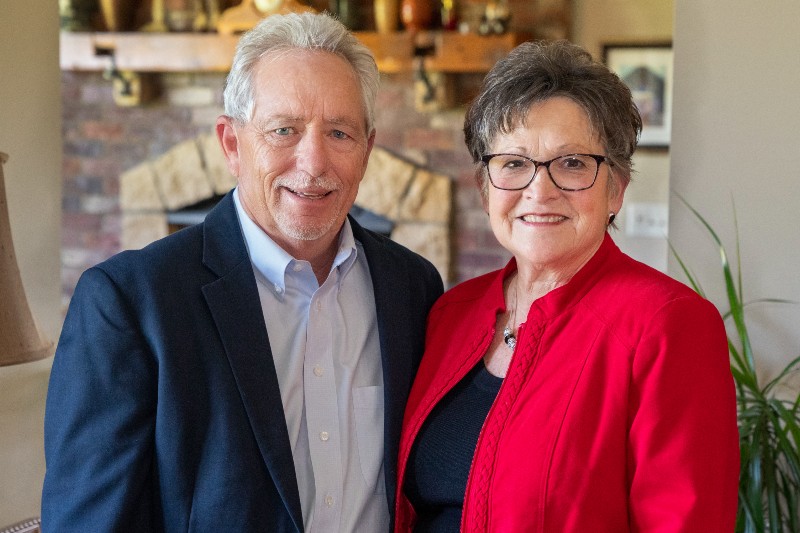 Diane, ’77, and Barry, ’84 Whitworth, Distinguished Alumni Award for Service
Both growing up in small rural Missouri communities, and both being the first members of their families to attend college, Diane and Barry Whitworth have enjoyed long and successful professional careers, but have also dedicated much of their lives to serving the communities and organizations they love.  Diane graduated from UCM with a bachelor’s degree in Criminal Justice in 1977, and began a 33-year career with the United States Postal Service, holding various positions before her retirement in 2010 as acting manager of human resources for the Mid-America District. Barry completed his bachelor’s degree in agriculture at UCM in 1984 after working in the insurance and auto industries in Kansas City, St. Louis and Chicago. The couple moved to Washington, D.C., in 1985 when Diane was promoted to national women’s program manager, then to Houston when Barry was promoted to regional manager for University Underwriters. They returned to Missouri in 1993 to reside on the family farm in Garden City, Missouri, with their three sons, Tyler, Blaine and Tucker, and to be nearer to their daughter, Corby. All three sons graduated from UCM with degrees in Safety Sciences. Barry advanced his career as president of national accounts for University Underwriters, then moved to Sentry Insurance where he retired as regional manager in 2016. When their son, Blaine, was murdered in 2012, the couple established the annual 5K Race/Walk fundraising event in Blaine’s name, held for the first time in April 2013. Through the Whitworth family’s foundation, they have provided financial support to student veterans at UCM as well as a paid internship, and have partnered with the Harmon College of Business and Professional Studies to establish the Blaine Whitworth Speaker Series, which has brought more than 30 successful entrepreneurs to campus. The couple’s generosity also includes the establishment of three endowed scholarships through the UCM Alumni Foundation, and numerous forms of support for organizations in Warrensburg and in Garden City, Missouri.