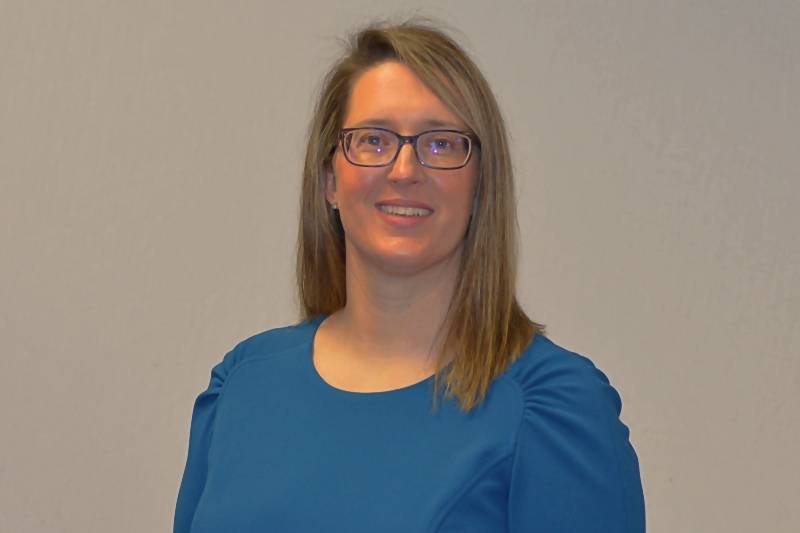 Returning to her home state after working several years in higher education in Kentucky, Michelle Mullins Santiago, Ph.D.,  will oversee academic agriculture programs at the University of Central Missouri.

WARRENSBURG, MO - Michelle Mullins Santiago, Ph.D., an educator who has been actively engaged in teaching agribusiness and economics continuously since 2008, will join the University of Central Missouri as the chair of its academic agriculture program. UCM Provost and Vice President for Academic Affairs Phil Bridgmon announced her appointment, noting that Santiago officially begins her new duties July 1, 2022.

“Dr. Santiago brings vast experience to this new role. Her academic background, familiarity with Missouri, and vision for our new Department of Agriculture has created much excitement within the program and will strengthen their efforts to advance their engagement with industry and service to students,” Bridgmon said.

A graduate of the University of Missouri-Columbia where she earned three academic degrees, Santiago currently serves as a professor of agribusiness economics for Murray State University, Murray, Kentucky, where she teaches four courses per semester in agribusiness and serves as an academic advisor to more than 150 agribusiness majors.  Among her many responsibilities, she also coordinates Murray State’s online Agribusiness degree program, serves as the program’s curriculum coordinator, coaches the Agribusiness student academic team, and plans and directs the annual Hutson School of Agriculture study abroad program.

“It is an exciting time to join the Department of Agriculture and the College of Health, Science and Technology at UCM,” Santiago said in talking about her appointment. “Agriculture is about tradition and change, stability and growth.  Our nation’s AgriFood industry is one of the most diverse, innovative industries, providing a wealth of career and technical opportunities.”

She noted that agriculture is a significant part of the culture of Missouri and the Midwest. Having grown up in Saline County, she learned about livestock production and horticulture on her grandparents’ farm.

“There were so many life lessons from those years, many of which I didn't realize until I was learning about agribusiness in other states and countries,” she said. “It is energizing to return to an institution in my home state that recognizes the importance of agriculture and wants to continue to grow the opportunities.”

Santiago looks forward to helping to make UCM Agriculture a “first-choice destination for students ready to advance the industry.” She commended  university faculty members’ contributions to this effort.

“The passionate and talented faculty in the Department of Agriculture have a great commitment to experiential learning and service to students.  I want to thank Dr. Kyle Lovercamp and Dr. Mark Goodwin for their leadership and commitment to the program during this transition. While our industry is recognizable for the products produced, it is the connections between people that make it so strong. I look forward to working with all of the faculty to continue strengthening the relationships with the region’s producers, agribusinesses and the university community,” she noted.

Other related experiences include serving more than four years as a graduate research fellow in MU’s Department of Agricultural Economics, Department of Economics and Institute of Public Policy in Columbia, Missouri.

In preparation for her career, she earned a Bachelor of Science in Agribusiness Management from MU, where she was an Honors Scholar, and also earned a Master of Arts in Economics and a doctorate in Agricultural Economics from the same institution.

Santiago brings to her new position at UCM a strong record of research with contributions to professional journals and presentations to agriculture, business and economic groups across the country, and participation in a number of successful grant writing projects.

Her work in education at Murray State has resulted in honors such as the Student Government Association’s Teaching Award in 2020, the Board of Regents Award for Teaching Excellence in 2017, and Delta Kappa Faculty Advisor of the Year in 2016. Also in 2016, she was granted honorary status into the Alpha Upsilon Chapter of Sigma Alpha, a national women’s agriculture professional development society.