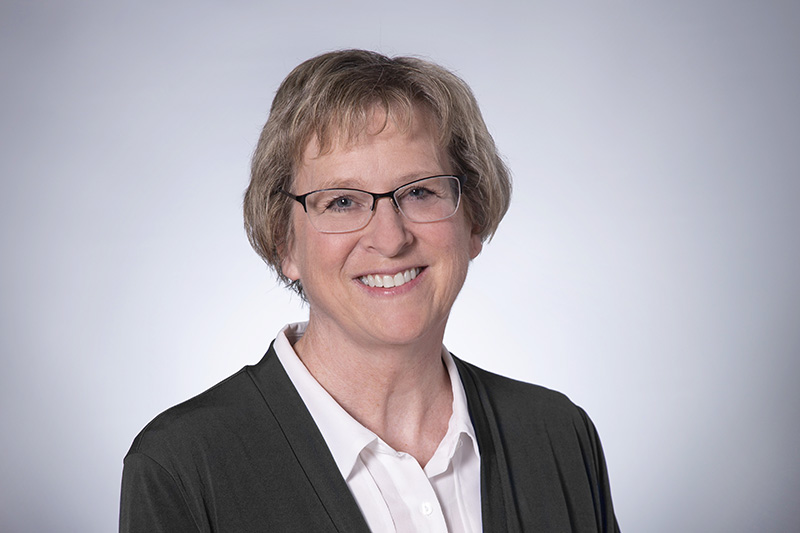 Ann McCoy, Ph.D., dean of the College of Education at the University of Central Missouri, will be honored as the 37th recipient of the James C. Kirkpatrick Excellence in Governance Award.

WARRENSBURG, MO – In recognition of her outstanding public service and for her efforts to prepare Missouri educators, Ann McCoy, Ph.D., dean of the University of Central Missouri College of Education, will receive the highest honor presented by students. The UCM Student Government Association will recognize her publicly as the 2022 recipient of the James C. Kirkpatrick Excellence in Governance Award at 7 p.m. Tuesday, March 22, in the read and relaxation area, near the west entrance of the Kirkpatrick Library. The public is invited to attend this award presentation, which will be hosted by members of the SGA.

McCoy will become the 37th person to receive the award, which was established in 1985 to honor the public service of Kirkpatrick, a university alumnus who served for 20 years as Missouri’s Secretary of State, and spent many years on the university’s governing board.  Recognition is given annually to an individual who – like Kirkpatrick - promotes the public interest, practices good governmental procedures and has shown loyalty to the university. The recipient is student nominated and selected by members of the SGA.

Having an affiliation with UCM that extends more than 40 years, McCoy was named to her current post in September 2021, after being appointed interim dean of the College of Education in May of the same year. Her professional journey was made possible through preparation that included receiving a Bachelor of Science in Elementary Education with a minor in Mathematics from UCM, which she completed in 1983, followed by a Master of Science in Curriculum and Instruction in 1988. This helped launch her education career beginning at the Clinton School District, where she served for 22 years as an elementary teacher, elementary math resource teacher, and middle school math teacher.

McCoy came to UCM in 2006 as a visiting assistant professor of mathematics education in the School of Computer Science and Mathematics. She was promoted to associate professor in 2012 and climbed the faculty ranks to become a full professor in 2017, when she was serving in the Department of Elementary and Early Childhood Education. Her career at UCM since then has included serving as a program coordinator of mathematics education; coordinator of the K-12 and secondary teacher education programs; coordinator for the elementary mathematics specialist program; coordinator of the Bachelor of Science in Education for elementary grades 1-6 program; chair of the Department of Elementary and Early Childhood Education; chair of the School of Teaching and Learning; and associate dean for the College of Education.

While at UCM, she fell in love with working alongside future teachers and helping them grow and develop as educators. As McCoy juggled her full-time responsibilities, she continued study her field. This led to the completion of a Ph.D. in Curriculum and Instruction with an emphasis in Mathematics Education at the University of Missouri-Kansas City in 2011.

In addition to her work at UCM, McCoy has played a role in groups and other activities that have had a statewide impact on education. This includes her appointment from 2014 to 2016 to the Missouri Department of Higher Education’s Elementary Mathematics Standards Workgroup charged with drafting a new set of standards for elementary mathematics in Missouri. She has also presented workshops designed to help schools in communities such as Belton and Macon transition to new standards.

McCoy and her husband have three sons who all are all UCM graduates, one who has studied Criminal Justice and two who studied Political Science. Both Political Science graduates have now graduated from law school.