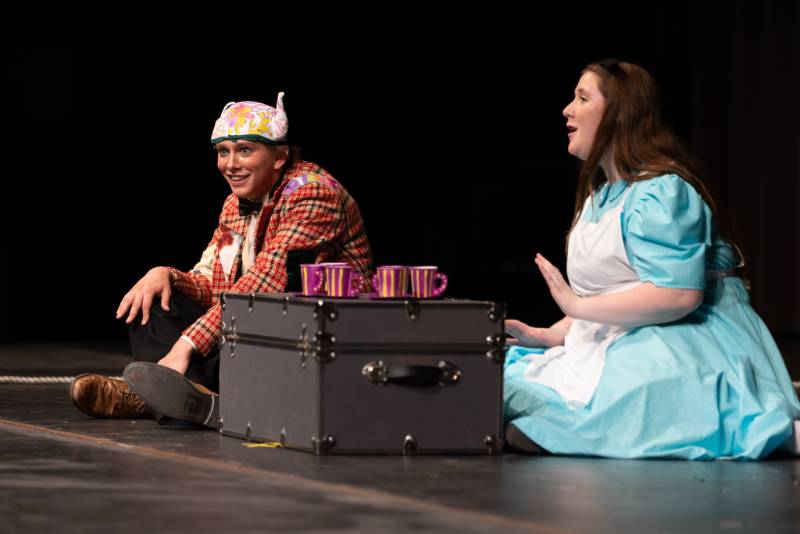 “Alice in Wonderland” was directed by Mary Trotter, assistant professor of theatre in the Division of Theatre and Dance at the University of Central Missouri.  In late may and early June, the production was presented at the Farris Theatre in Richmond; James L. Highlander Theatre on the UCM campus in Warrensburg; Camp Wonderland at Rocky Mount; Legacy Park Amphitheater in Lee’s Summit; Carrollton Elementary School in Carrollton; Lexington Middle School in Lexington; and Henry Elementary School in Clinton.  An estimated 1,000 children and adults got to see the play  throughout its seven-performance run.

Central Missouri Repertory Theatre’s mission is to provide applicable professional experiences for university students while serving area communities by creating accessible and inclusive theatrical productions for all. By enabling youth to experience the joys of theatre early in their lives, it is the hope that children will establish a lifelong relationship with theatre and creative arts as they discover the power of both to transform, entertain, inspire, and create positive change in the world.

“Alice in Wonderland” was made possible through financial support from the Missouri Arts Council; the Gus and Susie Wetzel Family Foundation; Patricia Burton; Jerry W. Franklin, CCIM;, Carroll County Arts Council; and various community school districts. Central Missouri Repertory Theatre wishes to thank these sponsors for their support in providing the opportunity to continue its 38th year of bringing children’s theatre productions to the youth of West-Central Missouri.