University News | Board of Governors 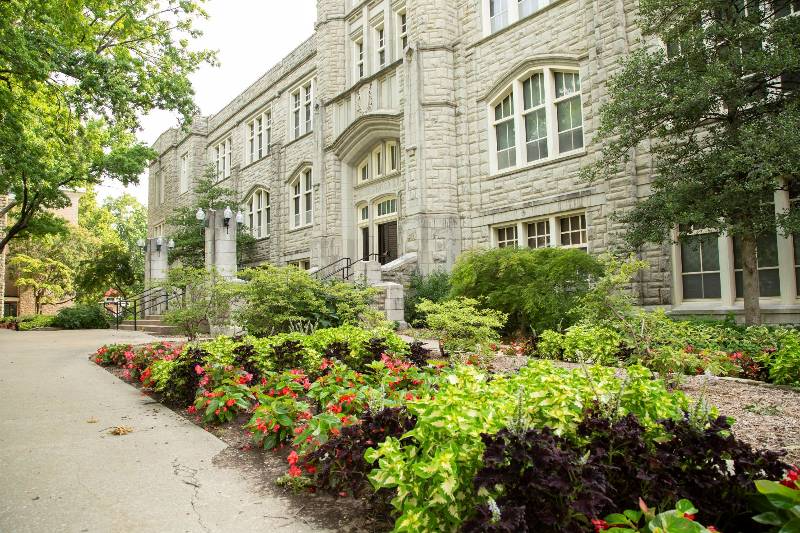 A beautiful structure on east side of the quadrangle, the Administration Building is the home for many administrative offices on the University of Central Missouri campus, including the Office of the President and offices for several other administrative leaders.

WARRENSBURG, MO – In its plenary session June 17, the University of Central Missouri Board of Governors named new officers for Fiscal Year 2023 while also approving separate requests to the state for Fiscal Year 2024 operating and capital appropriations.

The board president annually names a nominating committee to propose new officers whose positions begin with the new fiscal year. Beginning July 1, these new board leaders will be Ken Weymuth, Sedalia, president; Steve Abney, Warrensburg, vice president; and Mary Dandurand, Warrensburg, secretary. Monica Huffman, who currently serves as executive assistant to the university president, will continue serving as assistant secretary to the board, and Bill Hawley, vice president for finance and operations, retains his role as board treasurer. In FY 2022, Abney provided leadership as board president, Weymuth was vice president, and Dandurand was secretary.

Hawley spoke to the board about a number of financial-related matters that were approved. He indicated that the university annually submits in early August separate proposed recommendations for state support for operations and capital expenditures to the Missouri Department of Higher Education and Workforce Development (MDHEWD). This information is used by the department to create a consolidated FY 2024 budget for Missouri higher education, which must then be considered by the state legislature.

Looking to the future and the university’s projected funding needs, the board approved a total request of approximately $66 million for university operations. Beginning with $60.5 million in its operating appropriation base (based on state FY 2023 funding), the total amount of the request includes about $3.1 million for core operations to cover a projected 5.2 percent increase in inflation, an expected increase in the university’s contribution to the Missouri State Employees Retirement System (MOSERS) of about $1.4 million, $225,000 for Debt Offset Tax Authority,  $91,000 for the Missouri Returning Heroes Act, and new funding items totaling $670,000.

The funding proposal submitted to the MDHEWD to cover deferred maintenance and capital funding priorities for FY 2024 is used to compile a list of state-wide priority capital needs. UCM’s request includes nine different projects that are considered deferred facility needs. Among the top three projects are roof replacement and facade restoration for the Administration Building projected at about $4.7 million; facade restoration for the Dockery Building estimated at approximately $3.9 million; and facade restoration and drainage system improvements for the Ward Edwards Building totaling $4.7 million. Seventeen projects were listed as top priorities for new construction and renovation. The top three projects listed in order of priority were renovations to the Grinstead Applied Technology Building, which are estimated at $38.5 million to help meet STEM needs; $40.2 million to the Martin Building; and $16.7 million for renovation of Hendricks Hall  to improve its ability to serve as a performing arts center.

Hawley updated the board on the university’s FY 2023 operating budget, which was approved during its April 21 meeting. The Missouri legislature has approved funding for higher education. If approved by Missouri Governor Mike Parson, the appropriations bill would make possible $59.9 million in state funding for UCM. This represents an increase in expected appropriations of nearly $3.2 million in state support over the current year. No tuition rate adjustments are expected for FY 2023 beyond those previously approved by the board this spring. No adjustments to the total operating budget are also needed for UCM, and there are no adjustments to the $29.4 million approved for auxiliary enterprises this fiscal year. The university’s final budget is expected to be loaded into its Banner Finance System by June 27.

In other business, the board authorized the purchase of a software license, support, maintenance and hosted service for the Blackboard Learning Management System for a three-year period, July 1, 2022 to June 30, 2025, with Blackboard Inc. Bundled into this $1.2 million agreement is additional storage, Helpdesk, and Blackboard Ally, which provides guidance to instructors on how to improve content accessibility for persons with disabilities and visual and hearing impairments. This is consistent with UCM’s efforts to support a diverse and inclusive campus. UCM is currently in its final year of a three-year contract with Blackboard.

The board also approved the award of an $841,980 contract with SKC Communications Products LLC for the installation of academic audio-visual technology equipment for various laboratories and classrooms at the W.C. Morris Science Building. The new equipment will enhance class instruction and the presentation of course study materials, while also facilitating collaborative learning and student participation. This project will be funded by appropriations made possible through House Bill 19 for projects included in the FY 2022 Missouri state budget.

A contract in the amount of $411,243 was approved for EBSCO Information Services to provide library subscription services. The award is from July 1, 2022 to Dec. 31, 2025.  UCM has utilized these subscription services for more than 13 years as a way to help support academic programs and services for faculty, students and staff. This service enables the university to manage more than 300 single-title journal subscriptions from more than 65 individual publishers and content providers.

The board also approved a contract with ProPhoenix Corporation in an amount not to exceed $450,509 for the replacement of the Computer Aided Dispatch (CAD) and Records Management System (RMS) software used by the Department of Public Safety.  This contract also includes five years of maintenance.