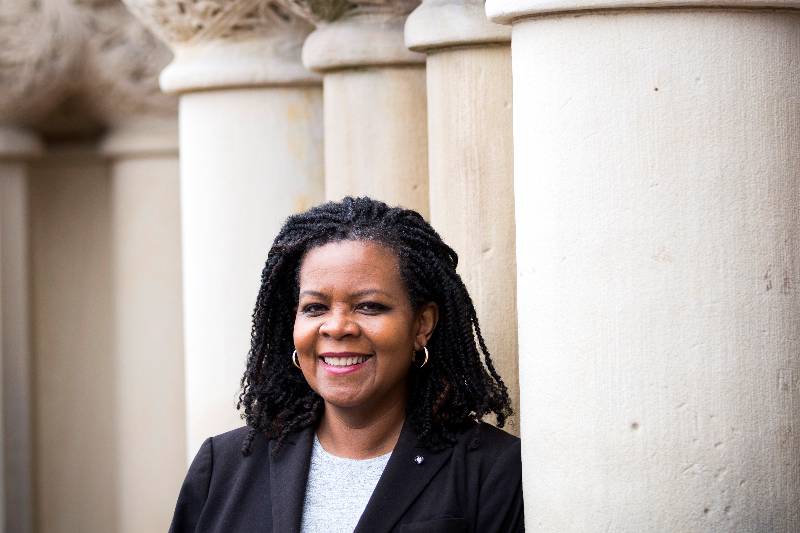 Annette Gordon-Reed, the Carl M. Loeb University Professor at Harvard University, and author of the Pultizer Prize-winning book, “The Hemingses of Monticello: An American Family,” will speak at the University of Central Missouri on Sept. 22.

WARRENSBURG, MO  – The University of Central Missouri is excited to begin the fall 2022-2023 academic year with a presentation by a guest speaker who will inspire her audience and contribute to understanding on topics related to diversity, equity and inclusion. An Evening with Annette-Gordon Reed, giving the university community and guests an opportunity to hear, see and interact with the nationally known Harvard University educator, historian and Pulitzer Prize-winning author will take place at 7 p.m. Thursday, Sept. 22 in Hendricks Hall. The event is free and the public is invited.

Gordon-Reed is the Carl M. Loeb University Professor at Harvard University where she teaches law and also pursues an interest in topics such as American Slavery and Law; American Legal History; Law;  and Politics and Culture in the Early American Republic. These are among many subjects in which she has researched which have contributed to her reputation as one of the most authoritative voices on race and history in the United States.

Her many writing projects, which have led to 16 book awards, have included “The Hemingses of Monticello: An American Family (W.W. Norton, 2008),” which received the Pulitzer Prize in History in 2009 and the National Book Award in 2008. She also wrote “Thomas Jefferson and Sally Hemings: An American Controversy (UVA Press, 1997),” and "Vernon Can Read! A Memoir,” a collaboration with Vernon Jordan (Public Affairs 2001). Her most recent book, “On Juneteenth,” was published in 2021, and commemorates the end of slavery in the United States.

She has received numerous honors including the National Humanities Medal awarded by President Barack Obama, a Guggenheim Fellowship, and MacArthur Fellowship; and was elected as a fellow of the American Academy of Arts and Sciences.

Gordon-Reed’s visit to UCM is sponsored by the American Democracy Project, Office of the Provost and  Vice President for Academic Affairs, Department of Political Science and International Studies, Department of History, Student Activity Fee Students for Political Action, and the Center for Multiculturalism and Inclusivity.

An anonymous donor contributed to the Political Science and History programs to help make this possible. The gift was made in the name of university alumni Gloria J. Maxwell, '75 and Simon E. Maxwell, '73, both deceased.