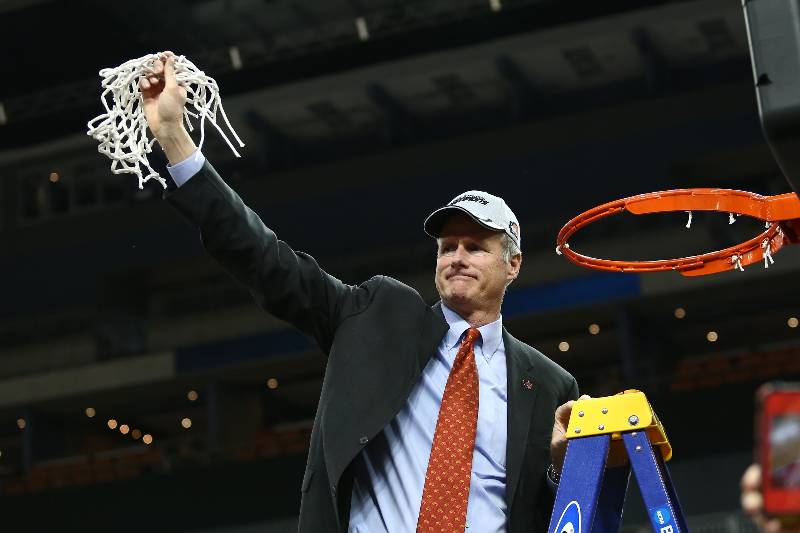 Kim Anderson, who in 2014 coached the Mules basketball team to the NCAA Division II National Championship, is returning to the University of Central Missouri in a part-time role as Special Advisor to the President on the National State of Intercollegiate Athletics.

WARRENSBURG, MO – Following his recent retirement from collegiate coaching, Kim Anderson is returning to the same institution where he once led a team to an NCAA Division II National Championship, but this time he’s putting his knowledge of athletics to work in a new role. The Mules all-time winningest head basketball coach has been named Special Advisor to the President on the National State of Intercollegiate Athletics, with his part-time duties to begin Sept. 16.

UCM President Roger Best today made the announcement by noting, “We are witnessing unprecedented change within intercollegiate athletics and the NCAA, and it is critical that we ensure that our students and the university are well-positioned to be successful in this new environment.  I am grateful that Kim, with his significant experience at the NCAA Division I and Division II levels, was available and is willing to assist us as we adapt to this new reality of intercollegiate athletics.”

Best noted, as special advisor, Anderson will evaluate the ongoing extensive changes occurring nationally and regionally that impact the current and future operating environment for intercollegiate athletics. He will report on the potential impact of these external changes on UCM and make recommendations about adapting to the evolving state of intercollegiate athletics. He also will assist the university with current name, image, likeness and athletics reputation (NIL) opportunities, and serve as a brand ambassador for UCM.

"It is certainly an honor to return to UCM as a special advisor to Dr. Best on the national state of intercollegiate athletics,” Anderson said. ”UCM has always been special to my family and me and I am grateful to be able to return in an advisory role and work with Dr. Best and his staff, and Vice President for Intercollegiate Athletics Jerry Hughes and his staff.  I am excited to reconnect with the Mules and Jennies fans."

Hughes and other individuals who have worked with Anderson are familiar with his ability to meet the challenges he has helped his teams overcome as a coach. They are confident that he will bring the same level of skill and commitment to his new part-time position.

“I am excited to welcome Kim Anderson back to the University of Central Missouri,” Hughes said. “In his role as special advisor to President Best, he will provide a valuable resource to the Department of Intercollegiate Athletics. As the landscape of college athletics is constantly changing due to NIL, Kim will be able to help us navigate these changes.”

Anderson has a long history of working with UCM athletics. His career includes serving as head coach for the Mules basketball team from 2002-2014, at which time he amassed a 274-94 win-loss record, while also  coaching his teams to four trips to the NCAA Division-II Final Four, including capturing the national championship in 2014. Hs teams at UCM either won or shared at least six Mid-America Intercollegiate Athletics Association regular season titles and advanced to seven NCAA tournaments. After leaving UCM, he spent the next three seasons as head coach at the University of Missouri-Columbia, 2014-2017, followed by a five-year stint as head coach at Pittsburg State University, where he retired at the end of the 2021-2022 season.

Additionally, Anderson once served as the Assistant Commissioner of the Big 12 Conference, and his college-level coaching experiences have given him a wealth of background and familiarity with the MIAA Conference and UCM’s historical place as one the MIAA founding members in 1912.