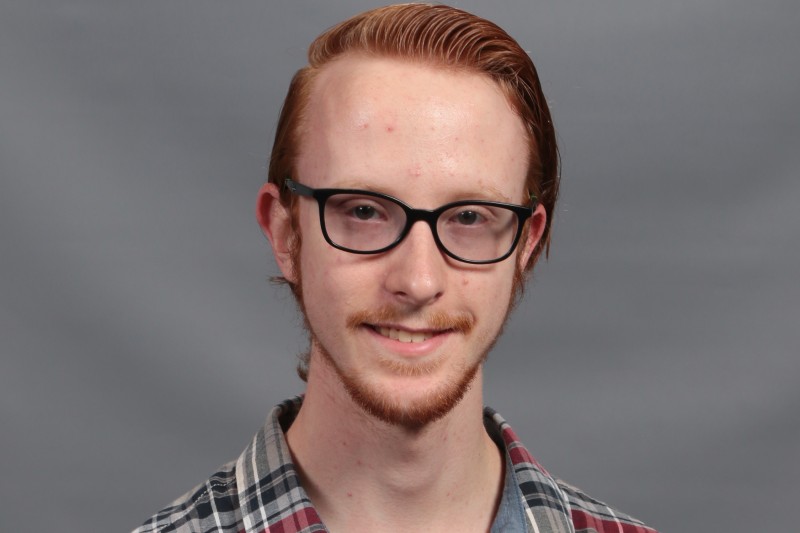 He began a new job as a mixed reality AR/VR software engineer at Sigmatech in Colorado Springs in early October.

“I learned a huge amount of practical knowledge,” said Martin about his work on the UCM Mixed Reality Software Development Team, “that helped me tremendously in being able to get the job I have now. I was able to work on real-world projects that mattered and helped others. I was also able to develop a network of people both inside and outside UCM that was all invested in helping me grow.”

UCM’s Mixed Reality Studio is a part of the university’s Gigabit Lab, located in the Lee’s Summit campus. The facility opened in 2020 with the goal of advancing virtual and augmented technology by developing new applications and educating the next generation of researchers, developers and entrepreneurs while collaborating with industry. The Mixed Reality Studio is equipped with various software and design platforms, multiple headset configurations, workstations, filming and graphic resources.

At UCM, Martin said he had the opportunity to learn, grow and become a member of the community.

“UCM helped me tremendously with a lot of aspects in my life,” he said. “In my classes I was able to get hands-on experience as well as the knowledge I needed to succeed in my career. Many professors are really knowledgeable and truly want to help each and every student succeed in their fields.”

At UCM, Martin also served on the UCM Housing staff, adding that this was “one place I was able to find more of myself. UCM truly helped me develop who I am today, and I could not have imagined a better place for me to spend my college experience at.”

The recent graduate initially selected UCM based on the school’s recognized pilot program and software developer options. After talking more with professors from the computer science area as well as his academic advisor, Martin said he quickly discovered that the software developer and cyber security programs were the right fit for him.

Martin added that he would definitely recommend UCM to others.

“UCM is affordable, and the support from everyone is amazing,” he said. “One of the things I love about UCM is that it is big enough to allow you to meet all different types of people, but small enough where you feel like you matter. It is close to Kansas City so you can get the excitement of a big city, but you can also see the deer right outside the dorm buildings.”

For anyone struggling with the idea of college, Martin encourages them to consider UCM.

“I want you to know that everyone is cheering you on and backing you. UCM has a lot of people who are there to help you succeed in college, in your future career and in every aspect of your life,” he said.