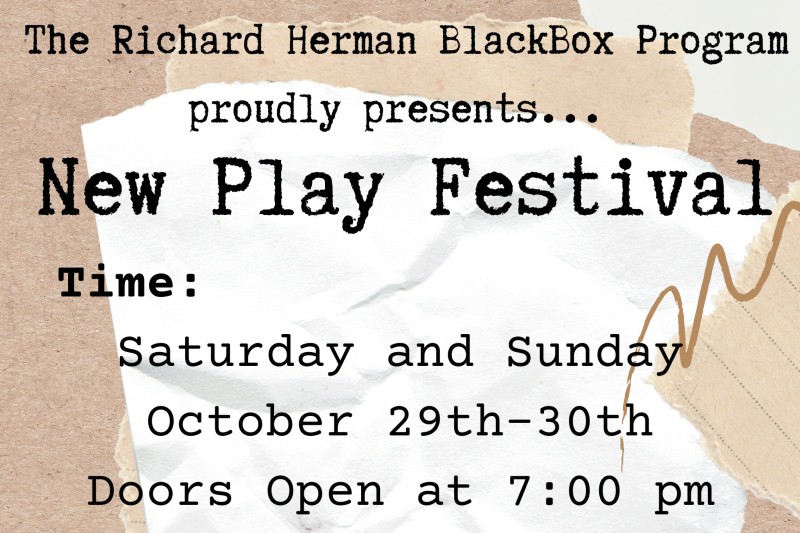 The New Play Festival is no stranger to the BlackBox program. After taking a short hiatus, it returns to showcase original scripts through staged readings. UCM Theatre and Dance students were invited to write, direct, and act within original plays for the weekend festival. Many students take on multiple roles in this production as writer, director, and actor to present their peers’ works. The festival will also feature two one-act plays written by UCM alumnus AJ Johnson who participated in the first New Play Festival in 2021.

The Richard Herman BlackBox program charges no admission fee for any of its shows. For more information on the upcoming BlackBox season, please visit the program's Facebook page.