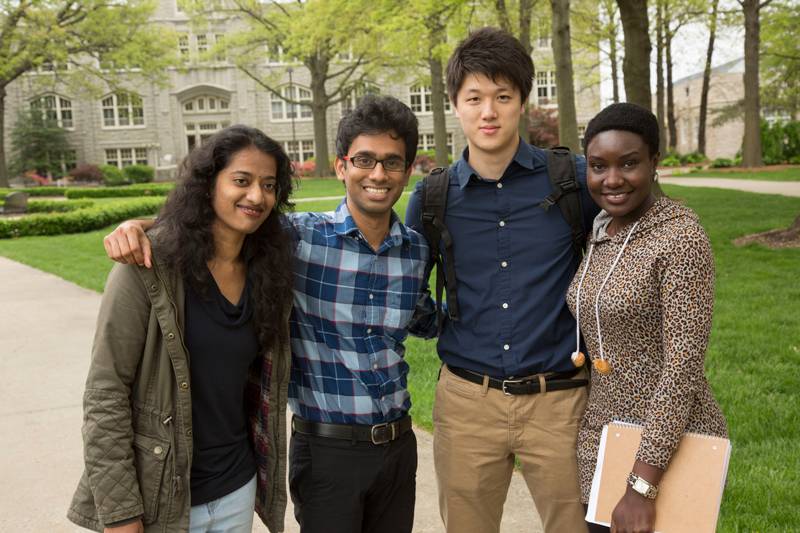 WARRENSBURG, MO – The University of Central Missouri’s commitment to meet the higher education needs of students across the globe are contributing to international enrollment increases that are the highest in the state among public institutions and have positioned UCM as a national leader in international enrollment. UCM’s status as a popular choice for students outside the country was confirmed in the Open Doors® 2022 Report on International Educational Exchange released in November by the U.S. Department of State’s Bureau of Educational and Cultural Affairs and the Institute of International Education (IIE).

According to the news release that was issued by cooperating organizations, the Open Doors® report is evidence of the strong interest international students have in making the United States their top destination worldwide in which to pursue a higher education in person. The report notes that 90 percent of enrolled international students have returned to the U.S. for in-person learning. This, according to the U.S. Department of Commerce, contributed $32 billion to the nation’s economy in 2021.

“We are thrilled to see international student numbers on the rise, and to see the United States maintain its global leadership as the top destination of choice for international students,” said Lee Satterfield, assistant secretary of state for Educational and Cultural Affairs. “U.S. colleges and universities are places of inspiration, innovation, and opportunity - providing the skills and networks necessary to solve global challenges.”

Satterfield added that welcoming international students to campuses and communities in the U.S. is “at the heart of people-to-people diplomacy and a foundational component of our U.S. foreign policy strategy to attract the top talent to the United States.”

Phil Hull, director of International Student Services at UCM, stated that during the 2021-2022 academic year the university had 35 unique countries represented. This compares to 32 countries the previous year. Top senders in order of the highest international student enrollment at UCM include India, Saudi Arabia, Nigeria, Kenya, Japan and Nepal. Students from all countries contribute to a campus that is rich in cultural diversity.

“The recent Open Doors report shows that international students are returning to the United States for in-person learning, and we see that trend here on UCM's Warrensburg and Lee's Summit campuses,” Hull said. “International students have, for many decades, contributed in so many important ways to the University of Central Missouri. They diversify our campuses by sharing their cultures during events like the fall Food Festival and spring Culture Night, and their perspectives and insights in the classroom. In short, their presence and their stories show us that the world is, indeed, small and that learning at UCM is both local and global.”