All individuals who have tickets for this free event and parking passes should hold onto them for future use. Please direct any questions to Pat Smithson at psmithson@ucmo.edu or 660-543-4263. We look forward to seeing you at the rescheduled President’s Gala.

Benefiting the UCM School of Visual and Performing Arts

The University of Central Missouri’s 16th president, Roger J. Best, Ph.D., is reviving UCM’s President’s Gala as an avenue to celebrate student, faculty and alumni collaboration while raising needed funds to extend the educational benefits of the School of Visual and Performing Arts. The event, which is free and open to the public, will showcase students’ work from each of the school’s three areas of study: Art and Design, Music, and Theatre and Dance. The gala's theme this year is "The Arts Are the Future."

The special event will showcase music, theater, dance and visual arts – both separately and in unison – throughout the evening. Bryan Busby, chief meteorologist for KMBC-TV 9 News, will serve as the master of ceremonies. One highlight for the evening is a performance by celebrity UCM alumnus David Cook, ’06, whose musical career skyrocketed after he was named winner of the “American Idol” reality TV show in 2008. He will perform alongside current students in the School of Visual and Performing Arts. Dress is business casual. 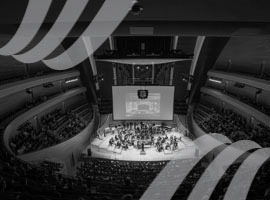 This event is free and open to the public; however, tickets must be reserved in order to reserve your seat. Tickets will be available beginning spring 2020. A bus will be available if you require transportation to and from the event from Warrensburg. Please register at the link below. 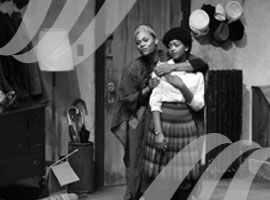 As funding for higher education grows more scarce, the responsibility to preserve and enhance students’ exploration within their areas of study has shifted to the private sector. UCM now relies more than ever on the generosity of donors who are passionate about the arts to support the future of the university, its students and its alumni. We appreciate the support of our honorary chairs, Debby, '74, and Gary Ballard and Kevin, '82, and Jeanette Prenger. Become a President's Gala sponsor to support the arts at UCM and enjoy VIP treatment at the show, including premier seating, valet parking, a pre-event cocktail reception and a celebrity meet and greet.

Thank you to our generous sponsors!

Thank You to our Presenting Host!

Thank You to our Anonymous Presidential Honors Sponsor!

Thank You to our Producer-Level Sponsors!

Thank You to our Director-Level Sponsors!